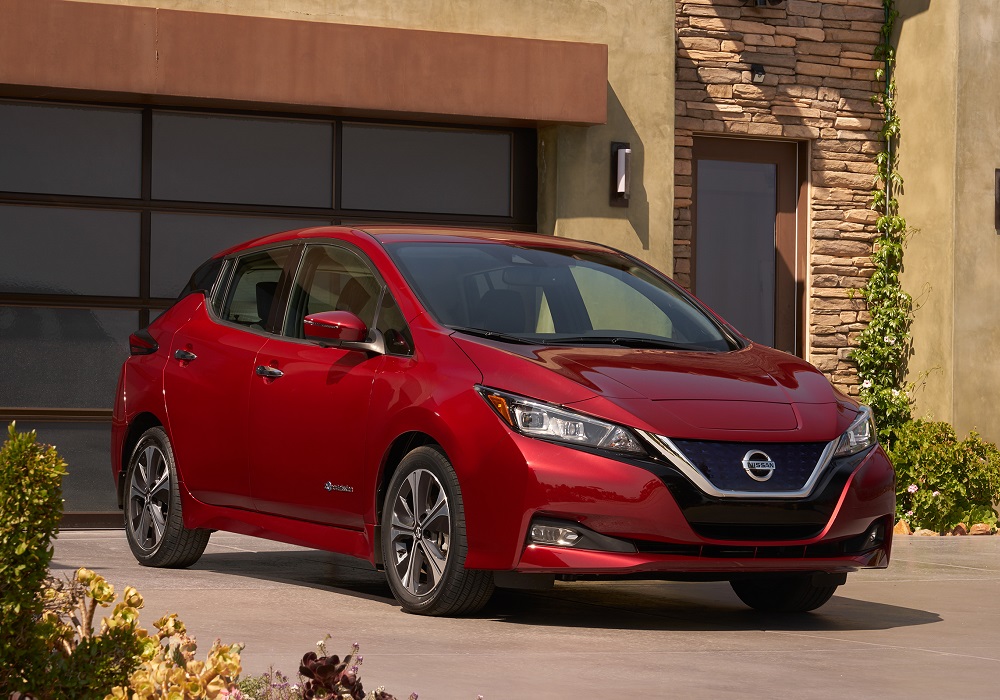 After what seems like an eternity of teasing and previews of various bits of technology, the all-new 2018 Nissan LEAF debuts. Unfortunately, to some, it was definitely not worth the wait.

While its new look is important, let’s first dive into what really matters in this segment: its powertrain and battery. The 2018 LEAF will arrive with a 40-kWh battery that provides the juice to power an electric motor that produces 147 horsepower and 236 pound-feet of torque — increases of 38 percent and 26 percent, respectively. The results are far from stellar, as the LEAF will only travel about 150 miles on a single charge. Charging takes 16 hours on a 3 kW charger, eight hours on a 6 kW charger, and it’ll charge to 80 percent on a quick charger in just 40 minutes. Fortunately, it appears this lack of a competitive range is purely temporary, as reports indicate Nissan plans to unveil a longer-range LEAF in the near future.

Aside from its new powerplant and battery, the 2018 LEAF also boasts an all-new look. This new design finally pulls the LEAF out of its “Hey, I’m, special!” design funk and gives it a more desirable mainstream appearance. It boasts all the traditional Nissan styling cues it’s lacked for many years, including the V-Motion grille, boomerang taillights, and floating roof.

Inside, everything is also brand new and more premium than ever before. It also takes on what Nissan calls the “gliding wing” themed interior. Occupants will be greeted by a new flat-bottom steering wheel wrapped in leather, a 7-inch touchscreen, blue contrast stitching, more upscale materials, a blue-lighted ignition button, an analog speedometer next to a 7-inch TFT display that shows the power gauge by default, reduced noise levels, and more.

The new LEAF will feature a pair of new driving features that are sure to please buyers. The big news is the introduction of ProPilot, which essentially drives the LEAF for you at speeds between 20 and 90 mph. Of course, ProPilot cannot change lanes or make turns for you, but it will handle curves and stop-and-go traffic while driving in a single lane. The e-Pedal, which will be standard, allows the driver to accelerate and stop the vehicle via the accelerator pedal alone. That’s a decision only you, the buyer, can make.