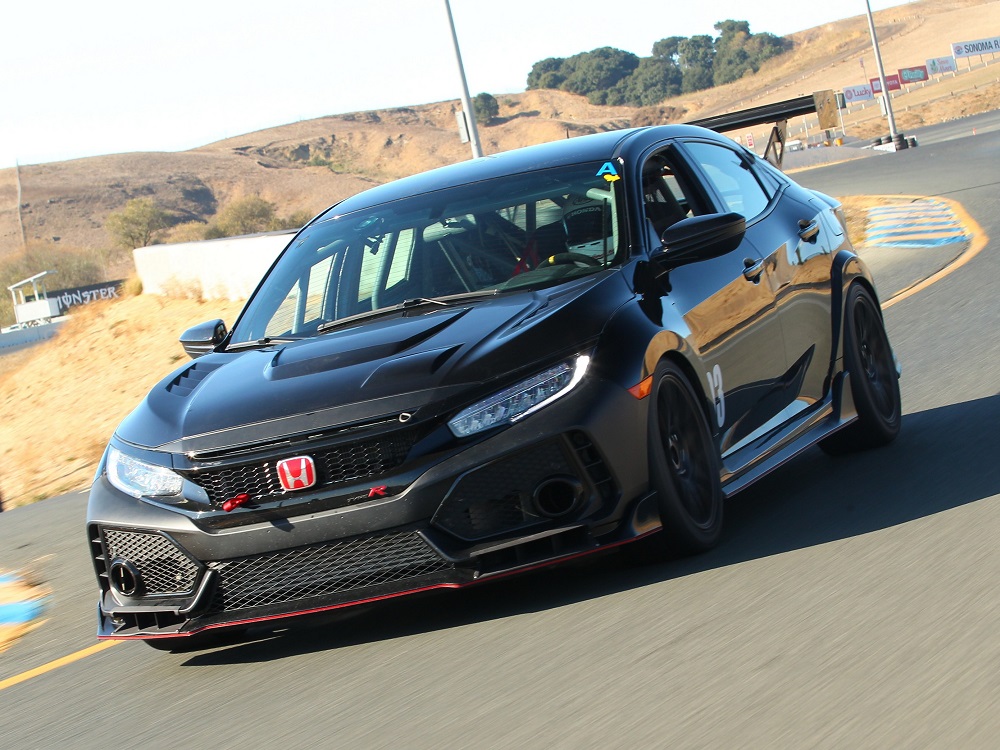 Eligible for SRO TC Americas Touring Car competition, the Civic Type R TC will boast the production 2.0-liter turbocharged four-cylinder engine with its anywhere from 270 to 330 horsepower, depending on the series. This engine will gain a Honda Performance Development radiator and auxiliary oil coolers, HPD cooling ducts, upgraded direct injection, am HPB/Borla downpipe and exhaust, HPD-enhanced third and fourth gears in the OEM transmission, an HPD Cusco limited-slip differential, and more.

On the outside, this rig is fully race-ready with its high-flow front grille, J’s Racing FRP vented hood, and HPD APR adjustable rear wing. Inside, it’s got all the racing bits, including a quick-disconnect wheel, a welded multipoint roll cage, and an OMP racing seat, six-point harness, window and center nets and onboard fire control system.

You can order your Civic Type R TC directly from Honda Performance Development now. And, no, it is not street legal.

Continue Reading
You may also like...
Related Topics:Honda Civic, Racing