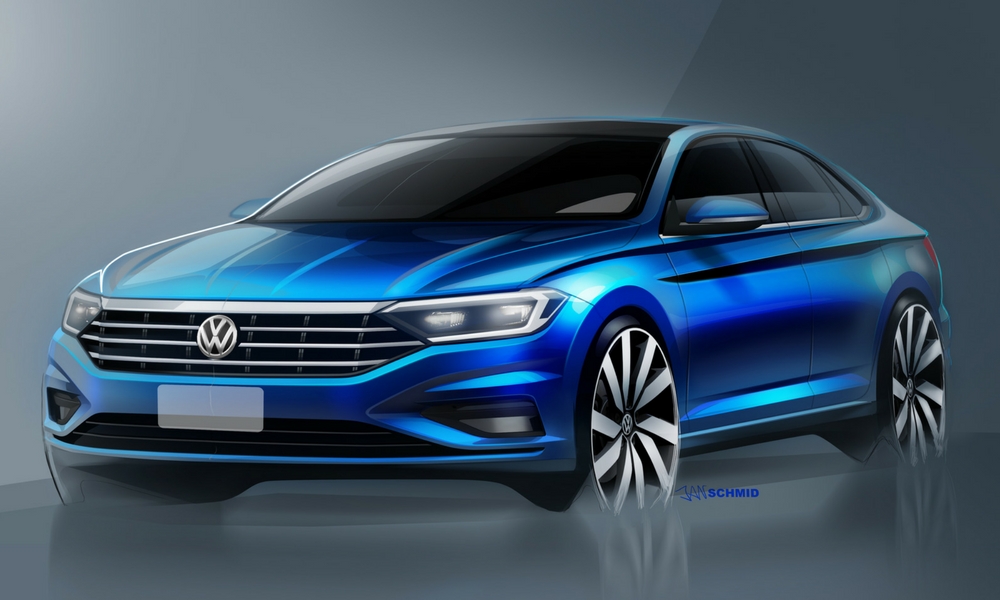 Volkswagen is about to unleash the next generation Jetta, and all we got were these sketches. Of course, everyone else got the same thing, so it’s not like we’re at a disadvantage.

I think these sketches don’t look too outlandish, so the final product is likely pretty similar. That’s a good thing, because this Jetta has a nice vibe to it. Volkswagen needs a few shots in the arm, thanks to Dieselgate. The Jetta also needs some love, considering the current gen has been around since 2010. You can see plenty of the Arteon in the Jetta, which is a high complement. Overall, the car looks athletic, bold, but not over styled, unlike the Honda Civic. You might call the roofline a little swoopy, but not quite like those 4-door “coupes.” The car’s appearance is clean and polished, something VW has been lacking. Likely, the headlights are LEDs, giving a modern vibe. We also got an interior sketch. I’d say that’s pretty Audi-infused, and I like it.

We get to see the official unveil of the seventh generation Volkswagen Jetta in Detroit next month.