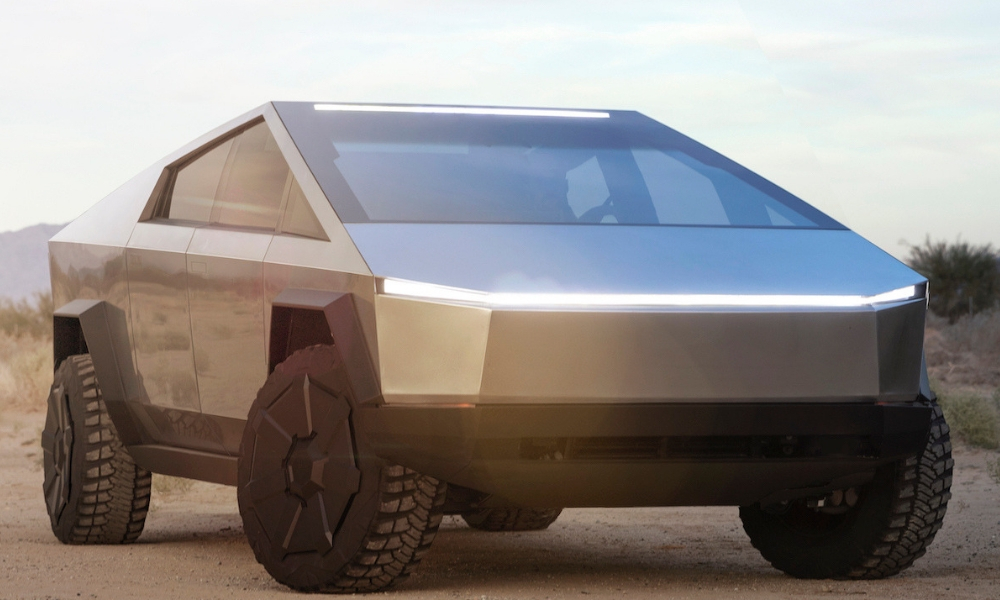 Mine eyes have seen the coming of the Tesla Cybertruck and I will never be the same. There’s so much revolutionary about it that an audible snigger rose up from some in the audience when the prototype initially rolled out on the stage during the reveal party. Yes, much impressive.

With a design reminiscent of what many remember scrawling at the ripe age of 7, there’s no denying how bizarre Tesla’s pickup truck looks. Tesla CEO Elon Musk went on about how fundamentally unchanged pickups have been over the past 100 years, so you have to give credit where it’s due: this thing is unlike anything.

What epitomizes the whole thing was when Musk claimed the windows were unbreakable, then two were promptly broken. Admittedly, the roll-away tonneau cover for the bed and extendable ramp from the tailgate are great ideas, but the execution is understandably questionable.

Many noted how the Cybertruck did a dip like a lamb when the special-made ATV drove up into the bed. While it’s being blamed on the air suspension, others have pointed out the Ram 1500 has such a suspension and it doesn’t move like that.

I won’t even get into the analogies of the dash and a public restroom. Just use your imagination.

Perhaps the best theories are that the Tesla Cybertruck is some elaborate troll or stunt. After all, deposits are only $100 and the design is laughable, so hopefully we see the real thing soon enough.