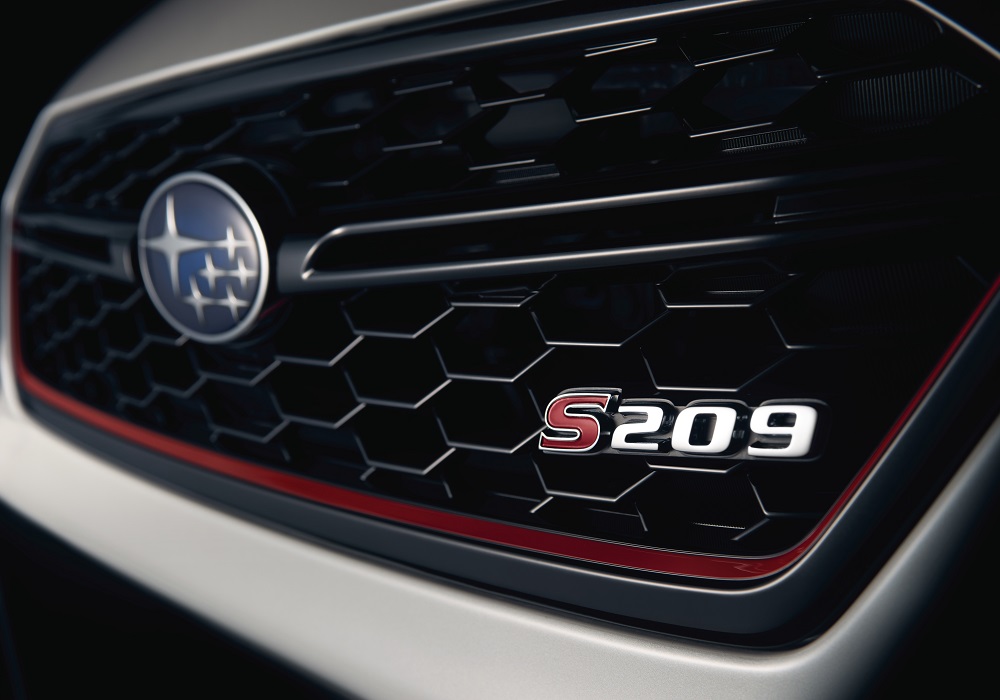 Subaru is not one to release special models all willy-nilly like, so I tend to take notice when it teases one. Of course, Scooby has duped us before with the STI-badged BRZ tS that so many thought could be a turbocharged STI version of the power-lacking sports car. Today, Subaru is at it again by teasing a new STI S209 model.

The STI S209 model is a relative mystery, but there are a few things we can take away from the teaser image. The first thing is this is obviously a WRX model — you can tell by the way the black double-bar wings extend from the Subaru logo, which is exclusive to the WRX.

You also can tell that, like so many other special STI models, the S209 will feature plenty of red accents. The red underline and the red “S” in the grille give this away.

Short of these two items, there is little else to go off from the teaser images. Fortunately, Subaru released a teaser video of a special-edition WRX set to arrive in 2019, which we can only assume is the WRX STI S209. This follows closely in the footsteps of the WRX STI 208 and STI 207 of years past.

What makes this unique is that past S models were for Japanese consumption only, making this its first arrival here in the States. Buyers can expect a tight supply of the WRX STI S209 and a decent power boost from its standard 310 horsepower and 290 pound-feet of torque. As a point of reference, the Japanese-spec 2017 WRX STI S208 boasted a 20-horsepower gain to 325 ponies, a quicker-ratio steering system, upgraded suspension, and more.