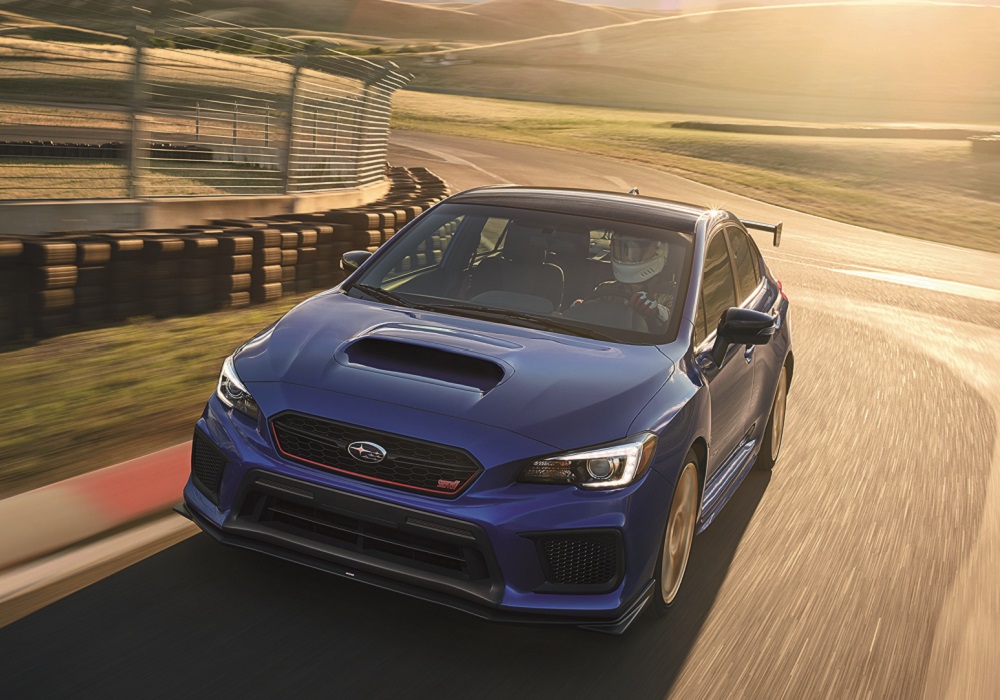 Just days ago, Subaru announced a new version of the WRX STI known as the Type RA was in the works. The RA in its name stands for record attempt, as the automaker attempts to break the sedan record at the Nurburgring. Today, Subie has officially revealed this new WRX variant.

As expected, the Type RA will focus on upping the already-impressive WRX STI’s performance credentials through weight reduction, additional power, and a revised suspension. Weight reduction comes in the form of a carbon-fiber roof panel and pedestal wing, removal of the spare tire, and 19-inch forged alloy wheels from BBS shod in 245/35R19 Yokohama Advan Sports tires.

As for handling, Subaru installed inverted front struts and a double-wishbone rear suspension, which both feature Bilstein dampers. It also included a modified multi-mode VDC for better stability.

Braking duties are handled by a Brembo system with monoblock six-piston calipers up front, dual-piston units out back, and cross-drilled rotors all around. Under its hood, this new version of the WRX STI gains a few upgrades as well. The most notable of the upgrades is the engine’s boost from 305 ponies to 310 — I guessed 325 horses at the most, so I was close — thanks to its new high-flow performance exhaust, ECU tune, and stronger pistons. Third gear also underwent a ratio change, which combines with the reduced weight and additional power to improve acceleration.

Of course, the transformation of this WRX STI wouldn’t be complete without a slew of interior and exterior mods. On the outside, this model gains an exclusive Cherry Blossom Red accent around the mesh grille and the new rear bumper cover, an STI front spoiler, black-finished exterior mirrors, roof-mounted shark fin antenna and STI fender badges, and a WRX STI Type RA badge on the rear deck lid.

Finally, the interior. Inside, Subaru added Recaro performance seats with red bolsters and stitching, an embossed STI logo on the headrests, an Ultrasuede-wrapped steering wheel with a gloss-finish center spoke insert, standard keyless start, and an individually numbered plaque.

Subaru hopes to have the WRX STI Type RA in showrooms in early 2018, and it will limit this sedan to just 500 examples. Stay tuned for updates.