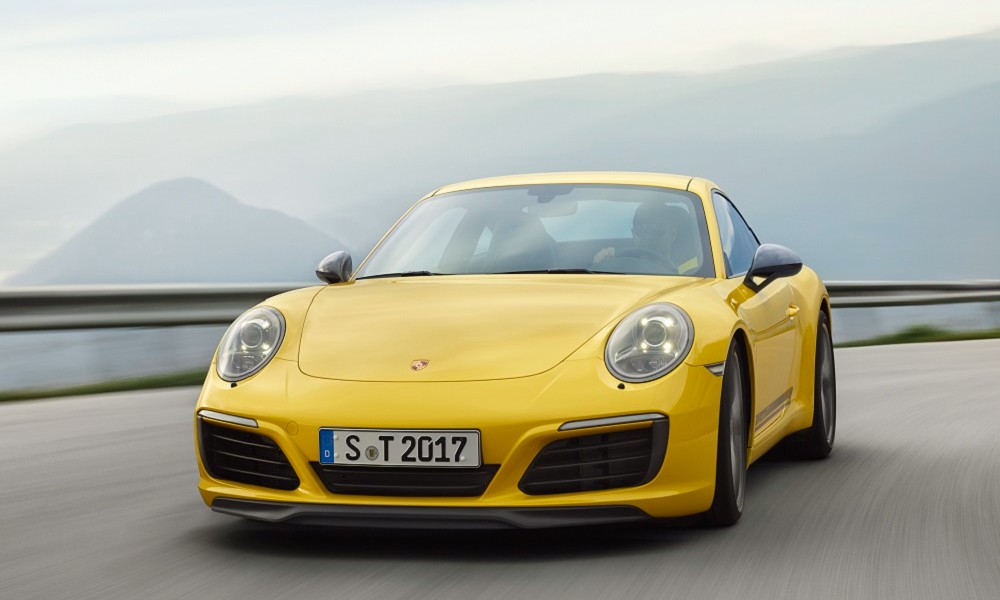 Earlier, the Touring name made its way to the 911 GT3 lineup in the form of a new package that toned down the GT3’s appearance without taking away its performance. Today, Porsche spreads the Touring love to the base 911 Carrera with the Carrera T model.

Inside, the interior is set off with its four-way power Sport Seats Plus with Sport-Tex center inserts, black embroidered “911” logos on the headrests, a GT Sport Steering wheel with a leather rim, short shifter, red-embossed shift pattern, and more.

Powering the Carrera T is the same 3.0-liter turbocharged flat-six engine with 370 horsepower and 339 pound-feet of torque. However, backing up this engine is a revised six-speed manual gearbox with a shorter ratio, allowing for a 0.1-second quicker 0-to-60 time of 4.3 seconds. Top speed with the manual transmission rings in at 182 mph. With the optional dual-clutch transmission, the sprint to is four seconds and top speed is 180 mph.