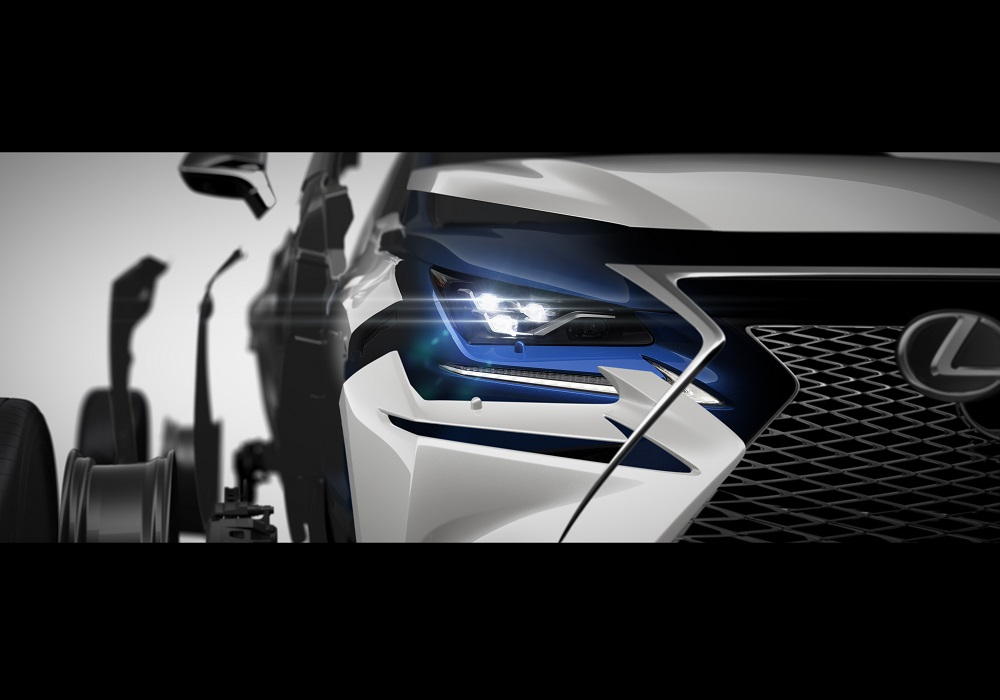 The smallest of the Lexus crossovers, the NX, is only 3 years old, but it’s already become one of the brand’s most important global models. Now, with just a few years under its belt, the tiny people hauler is primed for a refresh.

This new look will debut at the 2017 Shanghai Auto Show and I assume it’ll hit showrooms just in time for the 2018 model year here in the U.S.

Lexus is holding its cards close to its chest with the refresh, but it released a few bits of information and a teaser image. The most revealing is the teaser image, which shows the front corner of the new NX peeking through the current NX body. The only change I can fully make out is the headlight, which has a new three LED setup in an upside-down pyramid and a new silver accent. While it’s not totally clear, it does appear as if the ridges on the hood are toned down a bit, too.

Lexus also mentions in its press release that the 2018 NX will have interior enhancements that “add convenience and functionality.” This is about as ambiguous a statement as you can get, but it’s not like we expected any real details this early.

Fortunately, we won’t have to wait long to find out what Lexus has up its sleeve, as the NX will break cover at the Shanghai Auto Show on April 19. Stay tuned for updates.