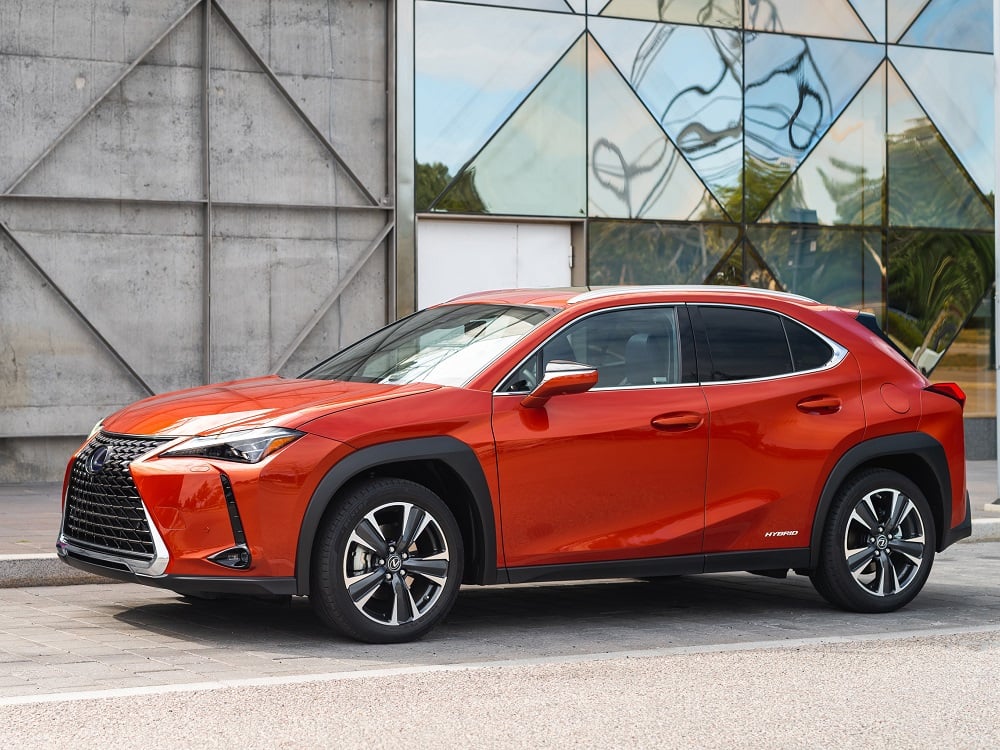 With Toyota sliding into the subcompact-crossover segment with the C-HR, it was only a matter if time before its luxury arm followed suit. And Lexus will do just that with the release of the all-new 2019 UX 200 and UX 250h crossovers.

The all-new 2019 Lexus UX crossover will ride on the same Global Architecture Compact platform as the Toyota C-HR and Prius, but it will take on a distinct Lexus personality. And that personality is very clear in its looks as it features the same flared wheel arches and dramatic silhouette of the C-HR with the Lexus LED headlights, spindle grille, and fascia. Around back, the UX boasts full-width taillights, giving it a striking nighttime signature.

Inside, the UX will continue its obviously Lexus ways with the look and feel of a luxury sedan instead of a crossover. Lexus also used creative angles to make the hood seem almost flow into the dashboard. And, of course, there are tons of luxurious features like eight-way power front seats, leather-wrapped steering wheel, analog clock, heated and ventilated seats, and NuLuxe leatherette upholstery. 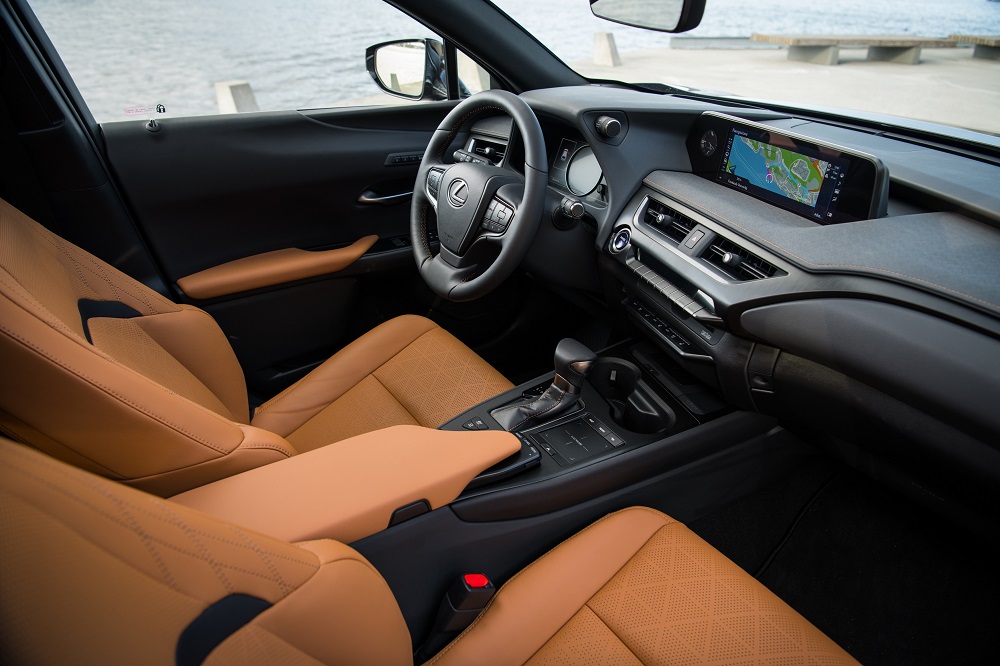 Speaking of options, there will be the obligatory UX F Sport. This model will include a sport-tuned suspension, 18-inch wheels, exclusive bumpers, grille, LED fog light bezels, moldings, and more on the outside. Inside the F Sport will gain a digital gauge cluster an F Sport steering wheel, sport seats, aluminum pedals, and a leather-wrapped shift knob.

The Lexus UX will come in two flavors, UX 200 and UX 250h, and neither will be much more impressive than its C-HR cousin. The UX 200 will come with a 2.0-liter four-cylinder engine that produces 169 horsepower and 151 pound-feet of torque. This engine will pair with a CVT that delivers power to the front wheels.

The UX 250h will use the same 2.0-liter engine but paired to hybrid system that increases the total output to 175 horsepower. The extra power in the UX 250h comes from the 7-horsepower rear motor that powers the rear axle, giving it standard all-wheel drive.