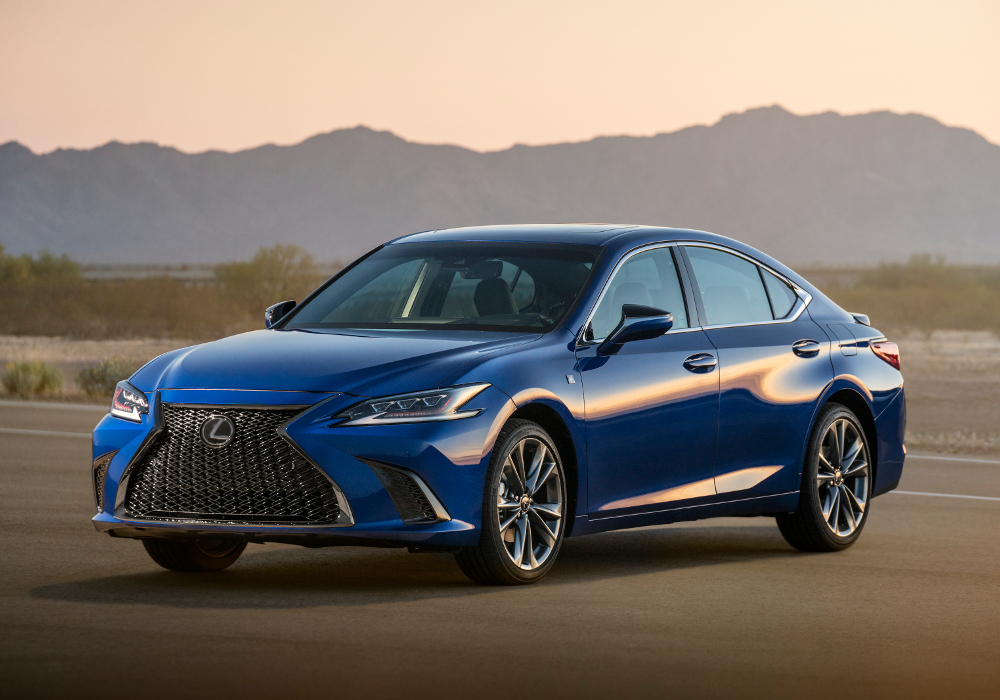 When Toyota unveiled its redesigned Avalon, it was a virtual certainty that its more upscale cousin, the Lexus ES, was next to go under the knife. Recently, Lexus unveiled the completely redesign 2019 ES, and it is exactly what we expected.

In terms of looks, the 2019 ES finally gets the Lexusification it deserves, and it no longer lacks the style of its siblings. Lexus did a good job massaging the aging design, which debuted way back in 2013, to make it at least resemble its running mates, but deep down it was still based on the old Lexus design language. With the 2019 redesign, the ES takes on all the hard body lines, and the more aggressive bumper and grille of Lexus’ latest corporate design. It also gets the swoopier roofline the Avalon received and a completely new rear end. The ES is also longer, wider and lower than before – just like the Avalon. Inside, the new looks continue, but the similar rightward shift of the leather on the center console remains. For 2019, though, this shift swoops up the dashboard too, giving the cabin the flow and continuity it lacked in previous years. Sadly, the Remote Touch Interface remains in place to frustrate drivers for yet another generation, but it does get a new 12.3-inch optional display. The dashboard is also cleaner than before, as Lexus trimmed the number of buttons and knobs clogging things up, and the longer wheelbase opens up some extra rear-seat legroom. Pricing will be available as we near 2019 Lexus ES’ September 2018 release.