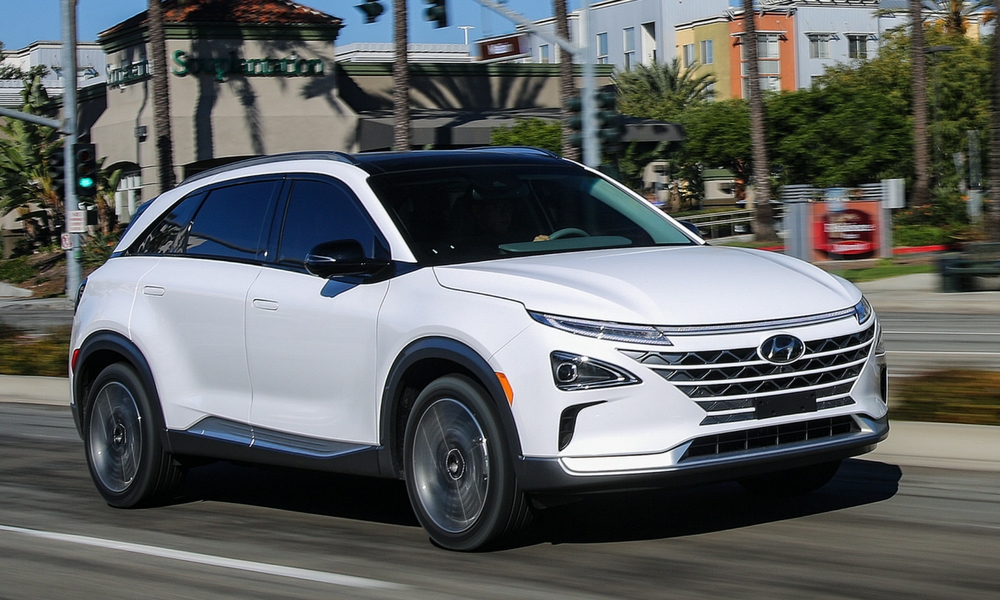 This isn’t Hyundai’s first time around the block with fuel cell tech. While the Tucson FCEV was interesting, this car was built from the ground up to run on hydrogen. It weighs less, is more efficient, accelerates faster, and can go 370 miles without refueling. Hyundai claims the vehicle is just as durable as internal combustion models, if you’re concerned about that.

NEXO does more than use hydrogen as fuel. Hyundai says it’s the “technological flagship” of the company’s eco-friendly vehicle lineup, and it has the equipment to back that statement up. The Advanced Driver Assistance System (ADAS) pushes Hyundai further along on the autonomous drive journey. Among the new features is a blind-spot monitor that gives live video footage from the side and rear of the vehicle. Does that make you safer? Hyundai seems to think so. You can also get out and have NEXO park itself, or it can pull out of a spot before you get in.

No word yet from Hyundai about when NEXO will launch, but I’d bet it’s closer to fall 2018. Expect it to be available in California and a few other markets where there are hydrogen fueling stations.