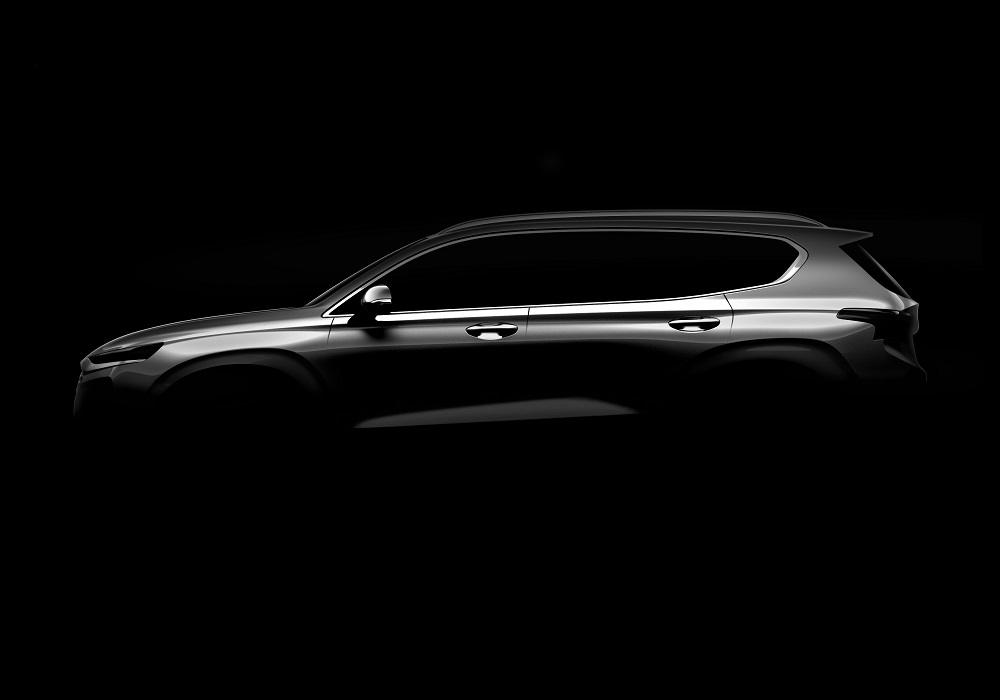 The Hyundai Santa Fe went through a redesign in 2013, then, in 2017, it received a well-deserved refresh. Though its looks are still pretty fresh, Hyundai plans to release a fully redesign model in 2019.

The 2019 Hyundai Santa Fe will not only look different, but it will also boast some more advanced tech bits, particularly in the safety department. Here, buyers will find two key additions to its long list of available safety features: a rear-occupant alert and automatic rear braking. Both of these features will fall under Hyundai’s Smart Sense technology group.

In terms of appearance, it’s hard to say exactly what we should expect, as the teaser image doesn’t show a ton. What’s clear are its new headlights and taillights, which are thinner and wrap around a bit more. The body also appears to feature more aggressive lines, while the grille seems more upright, the rear spoiler is longer, and the rear glass seems a bit more vertical.

All the other details about the 2019 Santa Fe are up for debate, including its powertrain options and interior.

Fortunately, we won’t have to wait too long for official details, as the 2019 Santa Fe will debut in February, then make its in-the-metal debut at the Geneva Auto Show in March. Stay tuned for updates.