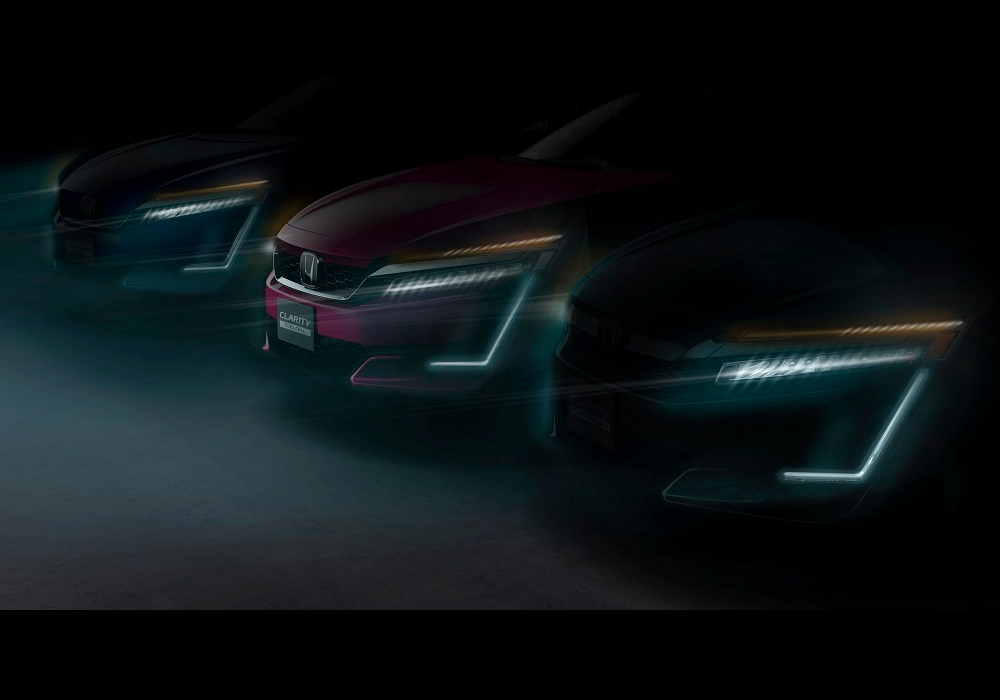 Hyundai’s place as the first-ever automaker to offer three green powertrains on one platform with the Ioniq Electric, Hybrid, and Plug-In Hybrid will be short-lived. Honda will be the one to knock it off that platform when it unveils the Clarity Plug-In Hybrid and Electric to join the Clarity Fuel Cell. The details on these models are very slim, but I assume that, like the Ioniq, the Clarity lineup will share a basic design, but each model will feature its own styling details. Honda alluded to this by saying, “As the next progression of Honda’s dynamic styling for electrified products, each Clarity variant has a low, wide aerodynamic body with unique design elements.” Also, if you zoom in on each of the three cars in the teaser image, you can see the design is identical, but the grille on the Clarity Electric is closed for optimum aerodynamics. You can also see that the chrome strikethrough on the Plug-In model’s grille doesn’t dip down in the center like the Fuel Cell and Electric models. The powertrain for the Clarity Electric is still under lock and key, but one would assume the it must have a range of at least 200 miles to be competitive. As for the Plug-In Hybrid model, Honda claims it will have an all-electric range of at least 40 miles and a “hyper-efficient” gas-electric hybrid setup.

According to the press release, the Clarity Plug-In Hybrid will arrive as a 50-state car and will be the volume leader of the lineup. As for the electric model, there are no details on its release, but I think it’ll start in the typical EV-friendly places, like Oregon and California, and slowly spread across the country.

Stay tuned for official details at the 2017 New York International Auto Show, which kicks off on April 12.