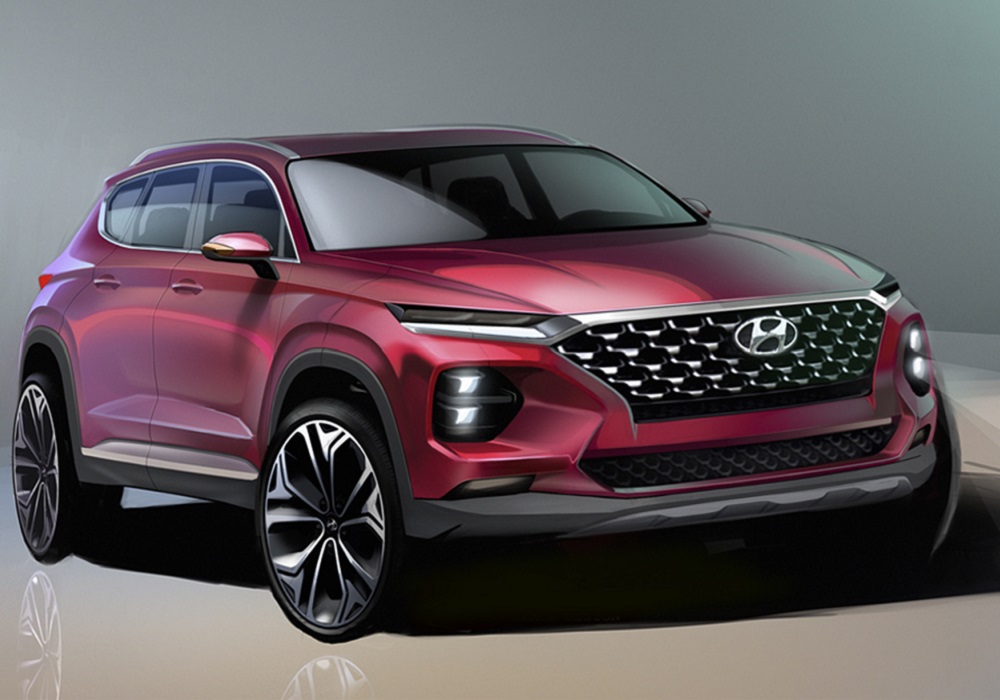 Just recently, Hyundai announced the 2019 Santa Fe would undergo a complete redesign. At the time, Hyundai released a teaser image that showed us its general shape. Today, the Korean automaker has revealed a concept sketch, giving us a little more detail.

Like most concept sketches, this image is a touch on the dramatic side, but it does give us a glimpse into what we can expect. Up front, we can expect thin LED headlights with a chrome accent underlining them, a mesh grille, dual-LED fog lights, an aggressive-looking bumper, and a more shapely hood. Around back, the taillights are thinner and wrap around, while the bumper boasts integrated exhaust exists and a simulated skid plate. Down the sides, the wheel arches feature more aggressive flares. This may be partially dramatized by this being a sketch, but this shows that Hyundai will flare the arches out a bit more than the previous model. There is also a sharp character line that runs from the headlights to the taillights.

Unfortunately, there are no images of the interior, so we’re still out in the cold about what this space will look like.

According to Hyundai, this styling will trickle down through all of its crossovers.

Stay tuned for updates as we near the new-generation Santa Fe’s official debut.