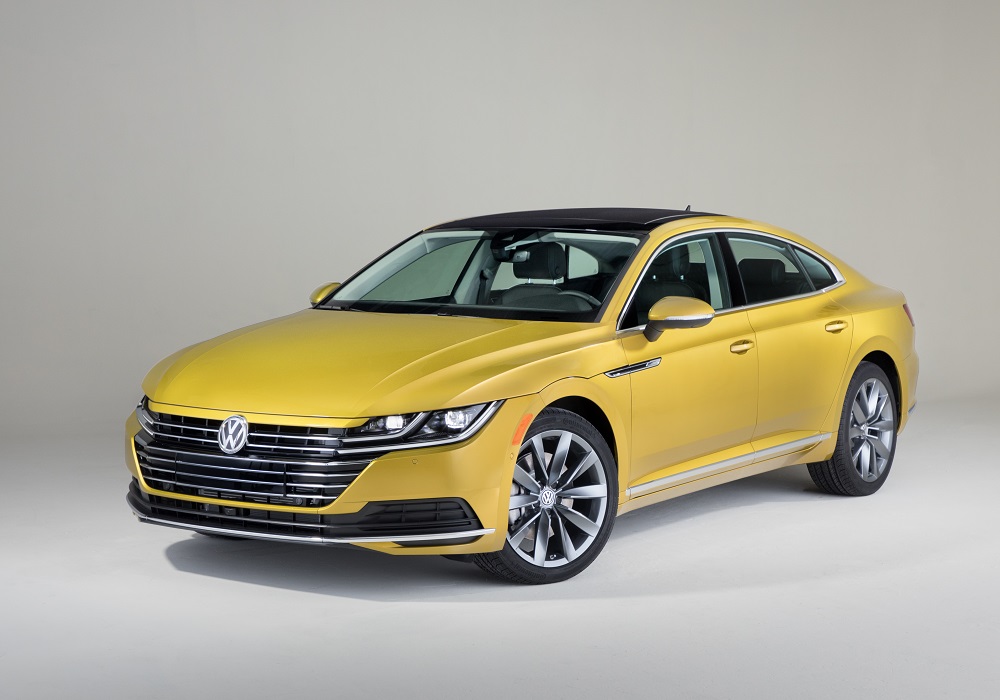 With Volkswagen eliminating the CC four-door coupe following the 2017 model year, we knew it was only a matter of time before a replacement debuted. After one model year off, VW jumps right back into this high-profit segment with the 2019 Arteon.

The Arteon will boast the same four-door coupe design as the CC, but it’ll sit atop the new MQB architecture, which changes a lot. The Arteon will take on a more cabin-rearward design, lengthening the hood and pushing its wheels further toward the corners. The Arteon will also be longer and wider than the CC. While the specific numbers are not available yet for most of its measurements, we do know its wheelbase will be 5 inches longer than the CC’s at 111.9 inches. Like the CC, the Arteon will straddle the line between mass-produced sedan and luxury rig, and this is evidenced by its premium standard features. These include LED headlights and taillights, a chrome grille, frameless side windows, dual exhaust tips, 18-inch aluminum wheels, keyless access with push-button start, an 8-inch infotainment screen, three-zone climate control, leatherette upholstery, Apple CarPlay and Android Auto.

And like any premium sedan, the Arteon will come with a full suite of standard safety features, like a rearview camera, forward collision warning, automatic emergency braking, and blind-spot monitoring with rear traffic alert.

Under its hood, the Arteon will come with a 2.0-liter turbocharged four-cylinder engine that injects 268 horsepower and 258 pound-feet of torque. This power will head to the front wheels via an eight-speed automatic transmission. Optionally, buyers will be able to add 4Motion all-wheel drive. Pricing remains uncertain, but expect it to start in the low $30,000s and rise to the mid $40,000s in the higher trims when it hits showrooms in the third quarter of 2018.