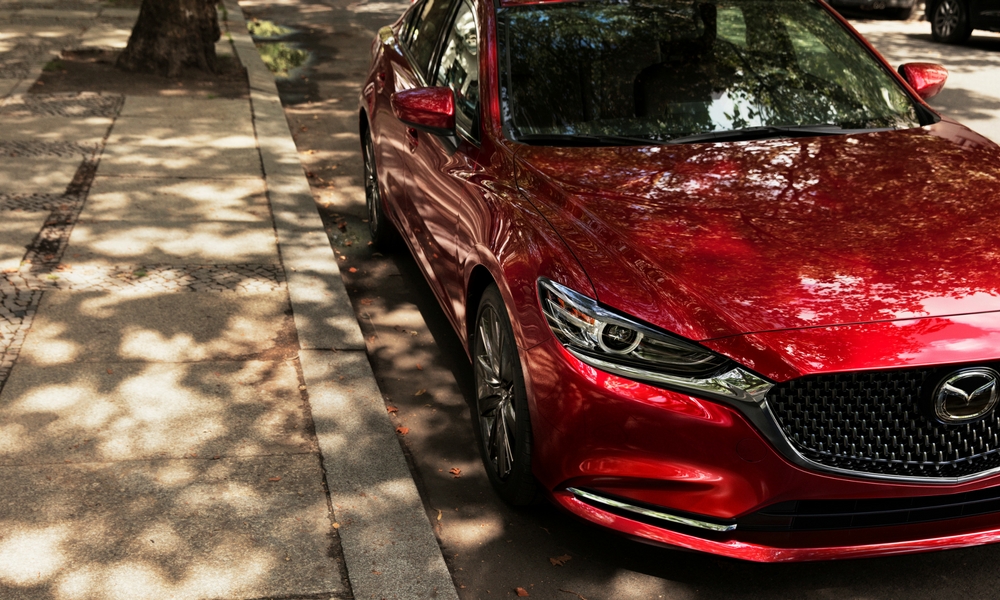 I really wanted to like the Mazda6. It looks better than most competitors, and handles better, but there was one problem: power. More accurately, a lack of power. Mazda looks to be solving that with the next generation, which is about to drop in Los Angeles, by slapping a turbo on the sedan. These are great times to be alive.

That snail shell will be strapped to the same 2.5-liter engine used in the CX-9. If it retains the same setup, that would mean 310 lb.-ft. of torque, plus 227 horsepower. That’s not crazy, but it should be enough to make the Mazda6 what it should’ve always been.

A naturally-aspirated 2.5-liter will be available for those who don’t like power, complete with cylinder deactivation that will help boost fuel economy.

As you can see, the new Mazda6 has a sleeker and more developed design language, which Mazda is calling Mature Elegance. Among the interior upgrades is Japanese Sen Wood inlays, which should make the sedan feel way more premium than we’re used to. There’s been talk of Mazda going more upmarket, and I’d say this confirms those intentions.

We’ll know a whole lot more about the re-engineered Mazda6 on Nov. 29, when Mazda holds its official press conference at the Los Angeles Auto Show.

Continue Reading
You may also like...
Related Topics:Featured, Mazda, Mazda6