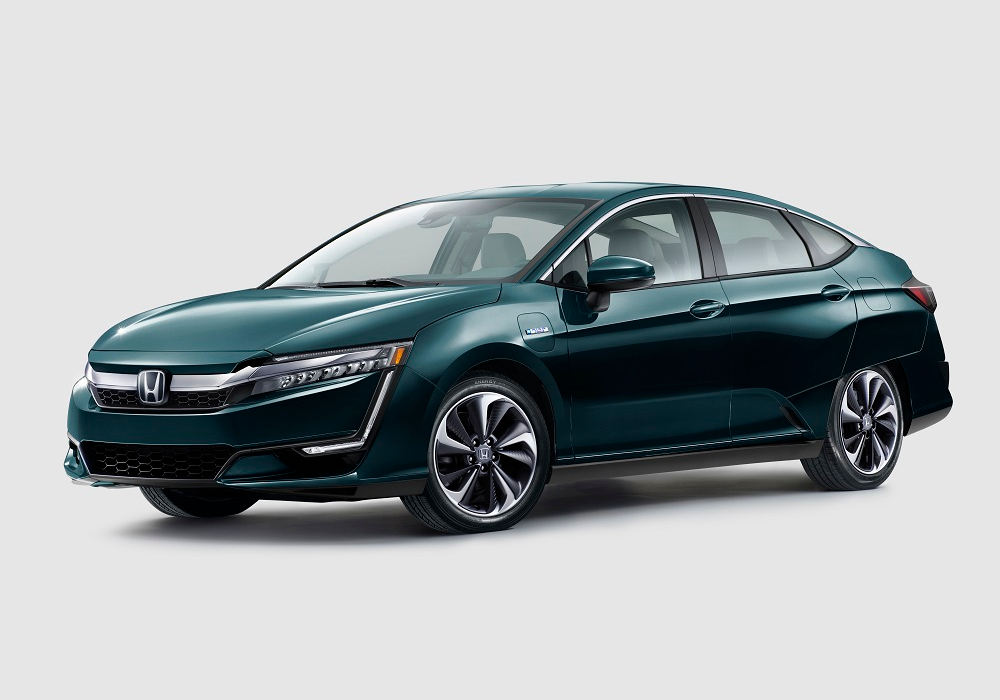 With the release of the Clarity Electric and Plug-In Hybrid, Honda is joining Hyundai as the second automaker to offer three green powertrains on a single platform to meet the needs of eco-friendly drivers. Honda showed off teaser images of these models earlier this year and finally debuted them in-the-metal at the New York Auto Show.

While all three models will feature the same basic design, they each have their own distinguishing characteristics: unique front-end styling, taillights, color options, and 18-inch wheels. The Clarity Plug-In Hybrid rolls in with a 1.5-liter Atkinson cycle four-cylinder engine that acts as a generator and a direct power source in certain conditions. The main power source, though, is an electric motor that produces 181 horsepower and 232 pound-feet of torque. The motor draws from a 17-kWh battery pack that delivers up to a Honda-estimated 42 miles of range on a 2.5-hour charge at 240 volts. Honda anticipates an EPA fuel economy rating of 105 mpg-e.

The Plug-In Hybrid model has three driving modes: normal, econ, and sport. There is a fourth mode, known as HV, that pairs with the other three modes to help conserve the battery.

The Clarity Plug-In will come in two trims when it debuts nationwide later this year: standard and Touring. The Clarity Electric will arrive with an electric motor that cranks out 161 horsepower and 221 pound-feet of torque. Juice will come from a 25.5 kWh-battery pack that takes just over three hours to charge at 240 volts. On a DC fast charge, the Clarity Electric can hit 80% of its range in just 30 minutes. Like the Plug-In Hybrid, the Electric will have three drive modes: normal, econ, and sport.

Honda estimates fuel economy ratings of 120 mpg-e city, 102 mpg-e highway, and 111 mpg-e combined. Honda hasn’t announced an estimated range for the Clarity Electric, but I would expect to see it come in between 150 and 200 miles. The Clarity Electric will hit showrooms later this year, starting in California and Oregon. There is no timetable for a nationwide launch. More details will come as we near these models’ official launch.