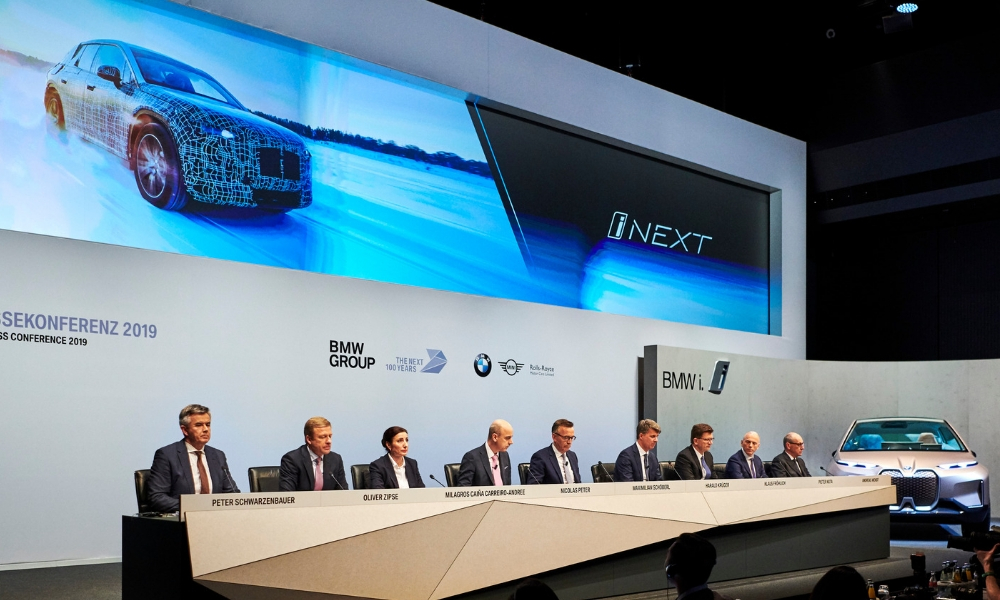 As Tesla commands the lion’s share of electric vehicle sales and electrification is seen as the key to the future of cars, BMW is looking at an uphill battle. The German automaker is starting to fill its war chest, and thanks to newly released details, we have a better idea what kind of onslaught it plans to unleash.

There are 12 new all-electric BMW models set to debut within the next six years. Coming next year is the BMW iX3. Based on the X3, it will boast over 249 miles of range and no rare earths for the motor. The SUV will be compatible with DC charging stations that have a capacity of 150 kW, so some might want to use it for road trips.

One of the most important models is the i4, or the so-called “Tesla Model 3 fighter.” It will be a four-door coupe in the premium mid-range market segment. More importantly, the fifth-gen BMW eDrive tech will yield over 372 miles of range on the WLTP cycle. A 0-62 mph sprint takes 4 seconds, while the top speed will be over 124 mph. With production beginning in 2021, the BMW i4 should debut as a 2022 model.

Another key model is the BMW iNext, an electric SUV set to go after the Tesla Model Y. The Bavarians claim a range of over 373 miles, far short of the 435 miles the company said it wanted to hit before. Among the advanced onboard tech will be the right hardware for Level 3 autonomous driving, which will be impressive if actually true.

Continue Reading
You may also like...
Related Topics:BMW, BMW i, BMW i4, BMW iNext, BMW iX3