The compact crossover segment has taken over automotive sales thanks to its balance of sedan-like handling and SUV-like roominess. Two leaders in the class are the 2019 Honda CR-V and the 2019 Toyota RAV4. The RAV4 was just overhauled, gaining a more rugged look and an updated powertrain, while the CR-V received a redesign in 2017.

Which of these fresh crossovers is better for you? We put them head to head to see which is the better buy. 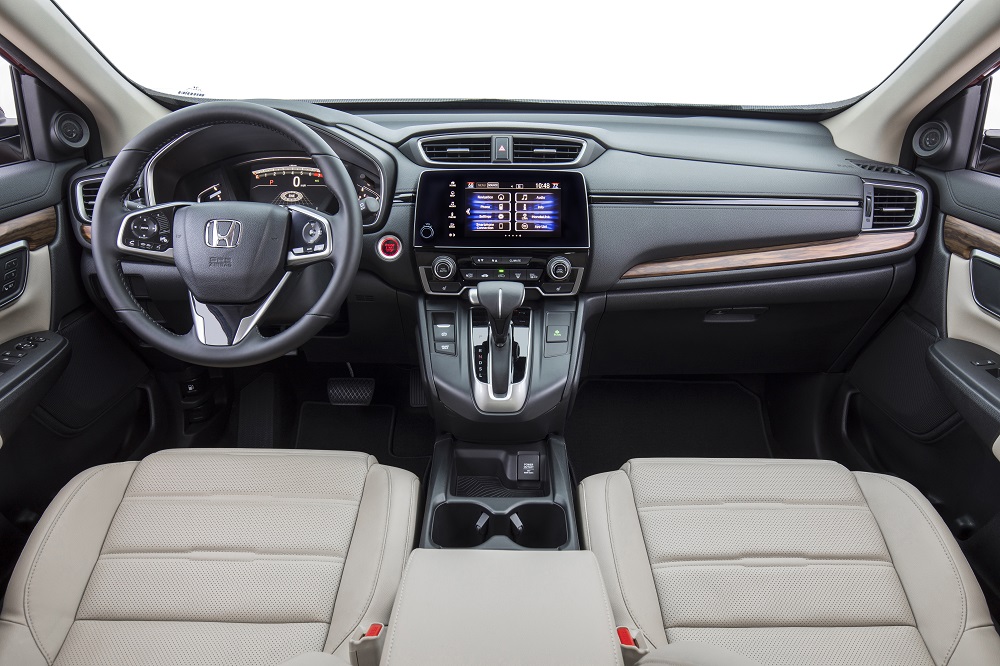 As people and cargo haulers, compact crossovers must balance passenger and cargo room, and Toyota and Honda have had ages to perfect this in the RAV4 and CR-V.

Rear seat passengers enjoy up to 40.4 inches of legroom in the CR-V, which also beats the RAV4 by 2.6 inches. However, the RAV4 takes the lead with 39.5 inches of rear headroom, which trumps the CR-V by 0.3 inches. 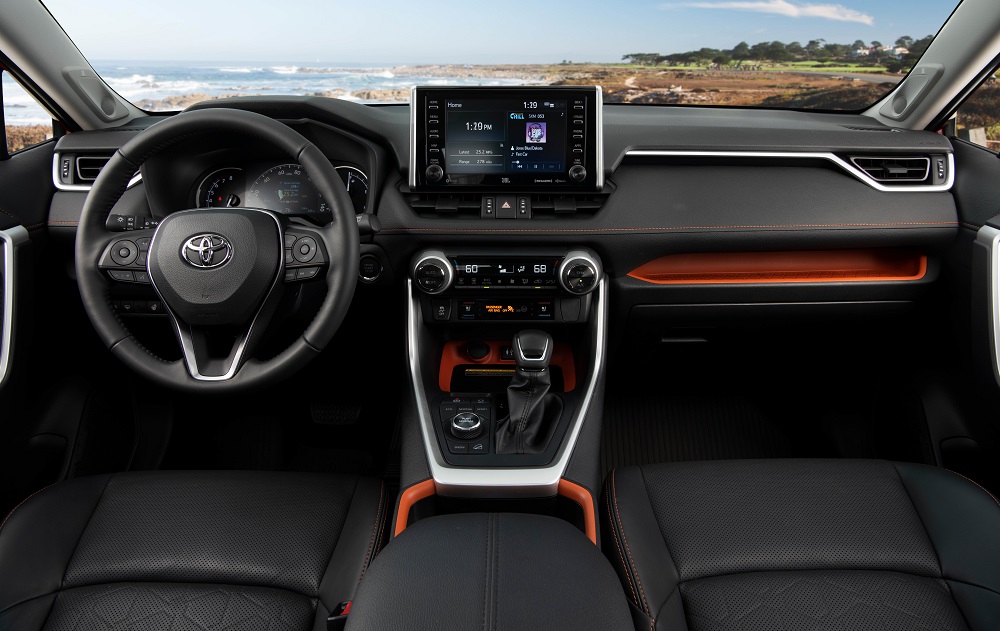 Cargo room also falls into the CR-V’s win column with its 39.2 cubic feet of cargo space with the rear seats up and 75.8 cubes with the seat folded. Both crush the RAV4’s cargo space by 1.6 cubes and 6 cubes, respectively. 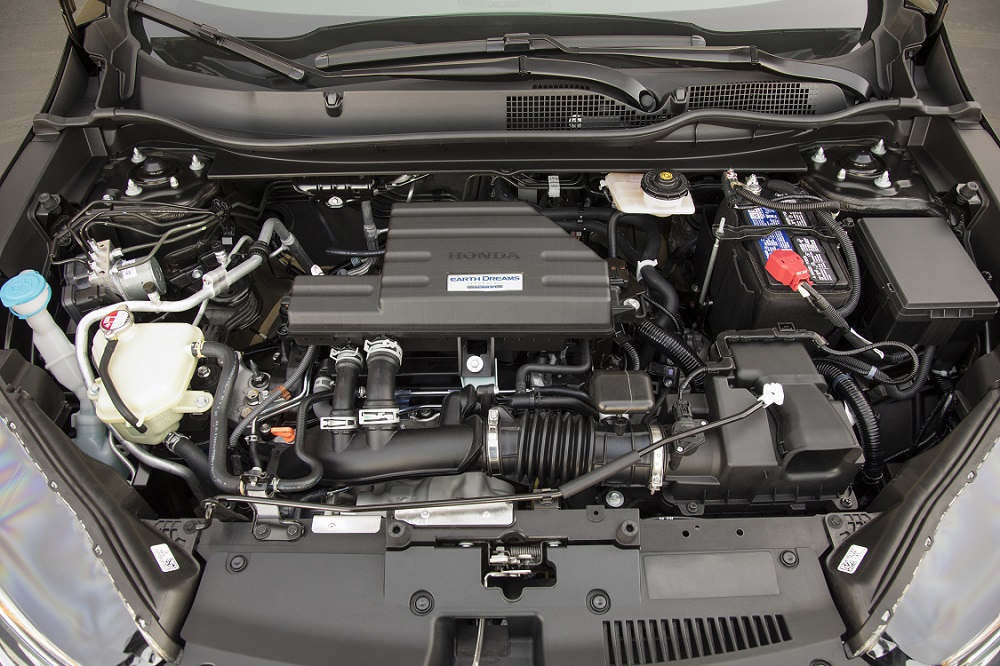 Power is not a huge deal in the compact crossover segment as soccer moms and dads rarely care much about horsepower, but it can still play a role in a buying decision. The Honda CR-V has a pair of engines, but the most common one is the turbocharged 1.5-liter four-cylinder that injects 190 horsepower at 5,600 rpm and 179 pound-feet of torque at 2,000 rpm. The RAV4’s standard 2.5-liter engine has more power at 203 ponies and 184 pound-feet of torque, but the latter doesn’t build until 5,000 rpm, which means you have to ring out the engine to get that power.

Though off-road adventuring isn’t a big part of crossover ownership, the RAV4 has an edge in this area the CR-V lacks. The RAV4 Adventure model has standard torque-vectoring all-wheel drive, advanced drive-mode options, 8.6 inches of ground clearance, downhill assist, and a more rugged appearance. The RAV4 Adventure also tows up to 3,500 pounds, beating the CR-V by 2,000 pounds.

Where the RAV4 will eventually get a leg up on the CR-V is its upcoming hybrid model that’s sure to deliver well over 40 mpg combined. There are rumors of a CR-V Hybrid coming to the U.S., but it remains unconfirmed. 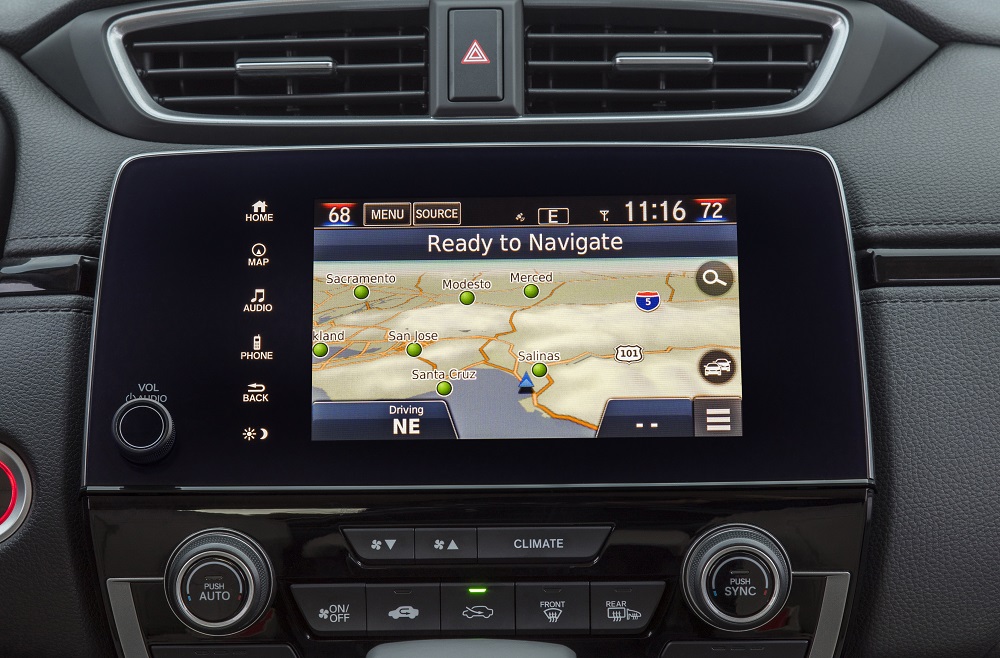 With kids to distract and parents to entertain, advanced features are a big deal in crossovers. The 2019 CR-V starts from $24,350 and comes standard with LED daytime running lights, a multi-angle rearview camera, 17-inch alloy wheels, keyless entry, power mirrors, Bluetooth connectivity, a 5-inch touchscreen, a four-speaker audio system, and more. 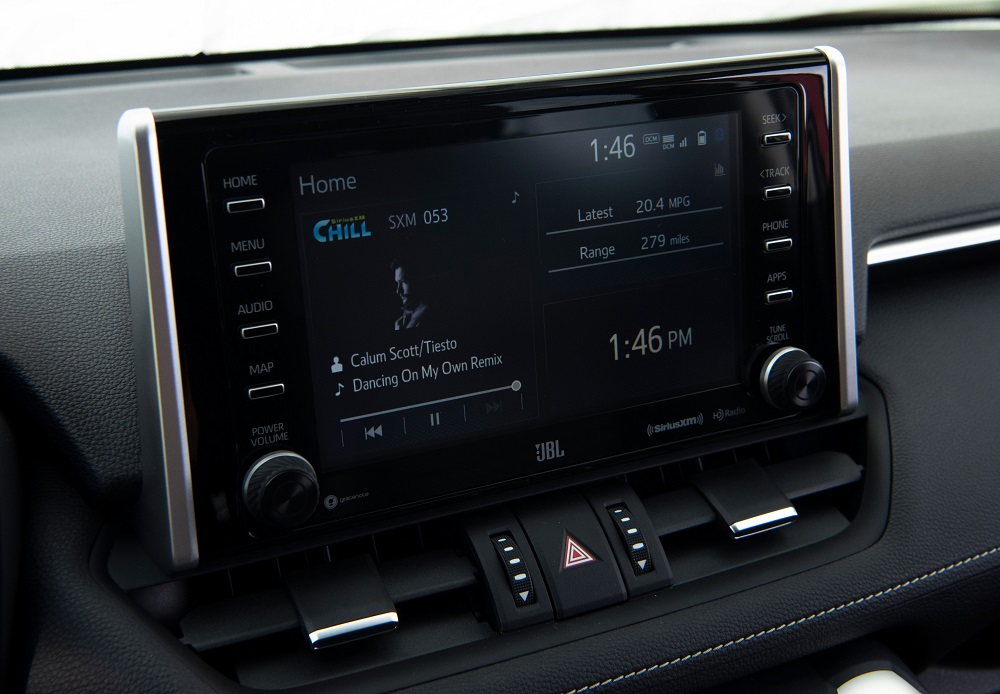 The 2019 RAV4 starts higher at $25,500 and lacks standard alloy wheel in favor of hubcaps, but its standard 7-inch infotainment screen with standard Apple CarPlay and massive suite of safety features listed below adds tons of value. 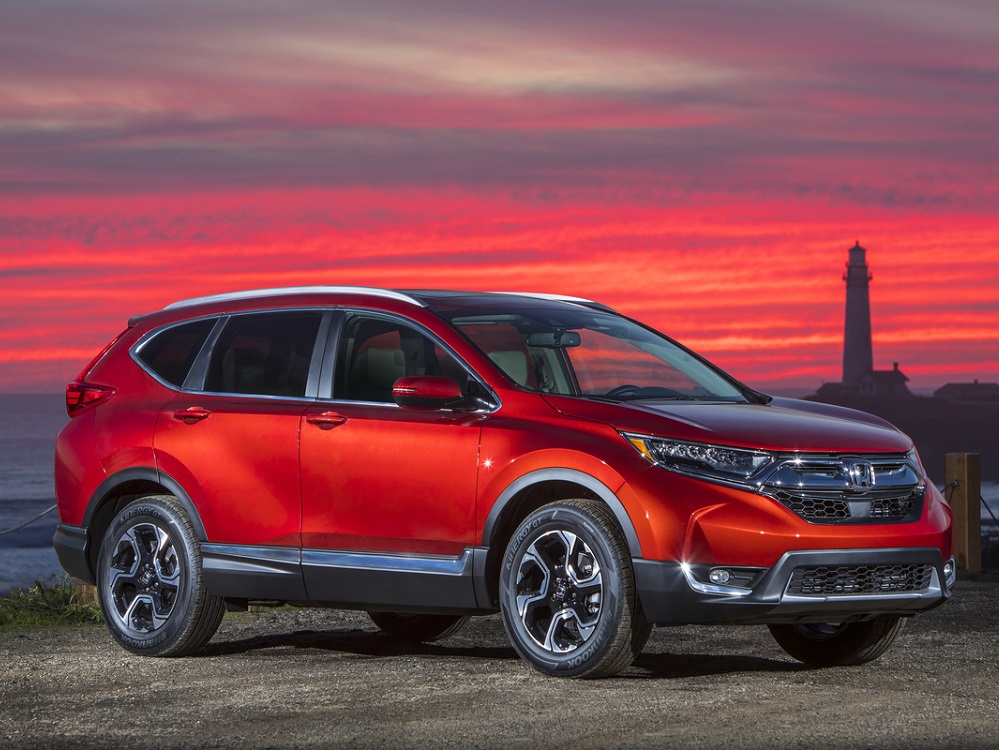 Having the responsibility of hauling your family is huge, so manufacturers have added loads of advanced safety tech to their crossovers. The 2019 Honda CR-V has all the latest and greatest in safety, including adaptive cruise control, automatic emergency braking, lane-keep assist, automatic high-beam headlights, and more, but they are only available in EX and higher trims.

The 2019 Toyota RAV4, however, has the full suite of advanced safety features as a part of its standard Toyota Safety Sense 2.0 package. This even adds standard road-sign recognition, lane-tracing assist, and pedestrian detection.

In crash safety, the Honda CR-V is a star, acing all the IIHS’ tests with “Good” ratings. This is enough to earn it a Top Safety Pick rating, but this is only valid in the EX and higher trims with automatic emergency braking. The 2019 Toyota RAV4 has yet to go through IIHS testing, but we expect it to be at least a Top Safety Pick and maybe a Top Safety Pick+.

Which Is Best for You?

The 2019 Honda CR-V and 2019 Toyota RAV4 are both great crossovers, but they have slightly different target markets. The Honda CR-V is perfect for the soccer moms and dads looking for maximum room for the kiddos, their equipment, and maybe a few bags of groceries thanks to its huge legroom and cargo space.

The RAV4, however, is best suited for buyers with a little adventure in their lives — I mean, it is built right into one of the trim levels. It’s this Adventure trim that gives the 2019 RAV4 the attitude the CR-V lacks. Plus, with its hybrid variant’s huge fuel-economy numbers, you will spend less money on on-road adventures too.