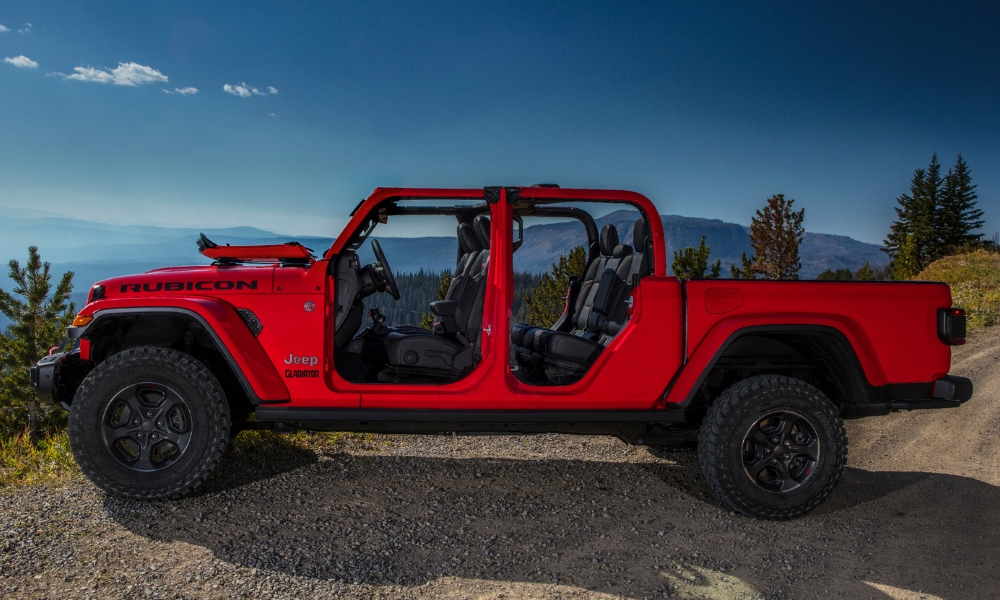 The midsize truck market is hot right now, and Jeep is wading into the fray full-force with its new Gladiator. It’s a standout in quite a few ways, namely the fold-down windshield and removeable roof/doors, but will it be enough to put a dent in sales for Toyota, Ford, Nissan, and GM?

Because Jeep hasn’t sold a pickup since 1992, understandably there’s considerable interest in the Gladiator. It’s being marketed as the ultimate outdoors toy, much like the Wrangler. But Chevrolet is doing the same with its Colorado ZR2, as is Toyota with the Tacoma TRD Pro. Still, the unconventional design and Jeep brand cache are seemingly big threats.

Bloomberg interviewed Don Johnson, the head of marketing for the Tacoma. He was nonplussed about the Gladiator’s launch, stating that Toyota has always had overwhelming demand for its smaller pickup. Instead of stripping sales from the Tacoma, Johnson suspects the Gladiator will likely take away sales from some SUVs, especially other Jeeps. He also estimates under 50,000 sales a year for the Gladiator, keeping the Tacoma squarely at the top of the market segment.

Not all Jeep faithful are salivating for the Gladiator. It’s a long truck, which means less-than-phenomenal breakover and departure angles. If you’re planning to hit some serious trails, those matter quite a bit. Some Wrangler enthusiasts seem to think Jeep should offer a two-door version of the Gladiator that will be more trail-worthy, but so far that isn’t in the cards.