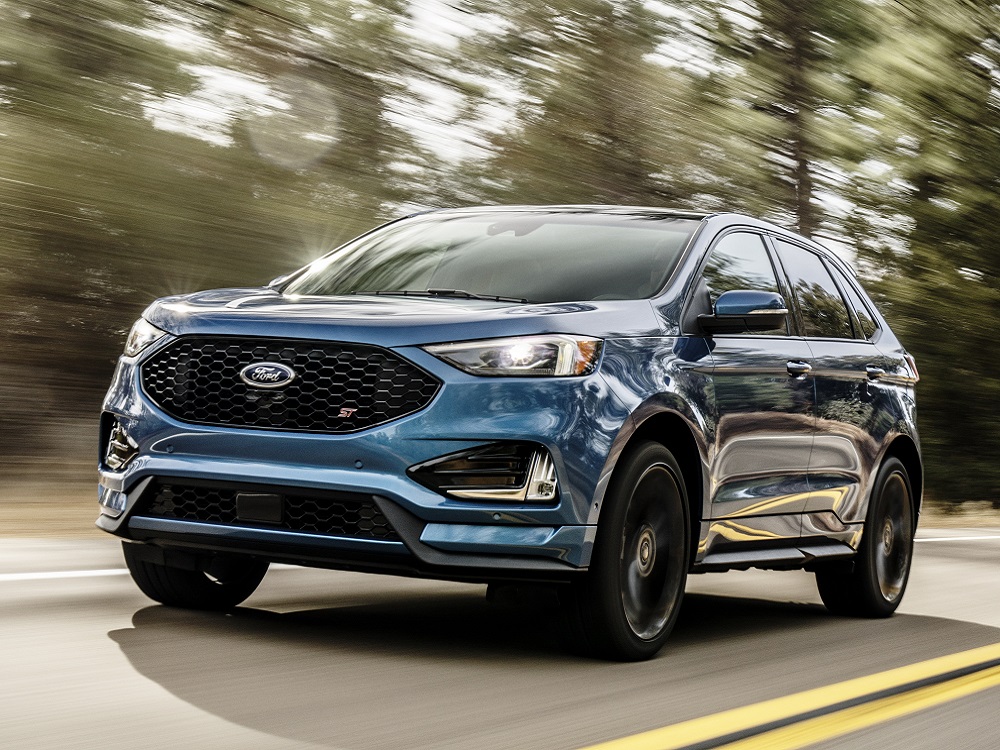 Crossovers are among the hottest-selling vehicles on the market, and virtually every automaker has a few smaller family haulers. Chevy and Ford find themselves locked in a fierce battle between the more compact and fuel-efficient Chevy Equinox and the roomier Ford Edge. Which is the crossover for your family? Continue reading to find out. 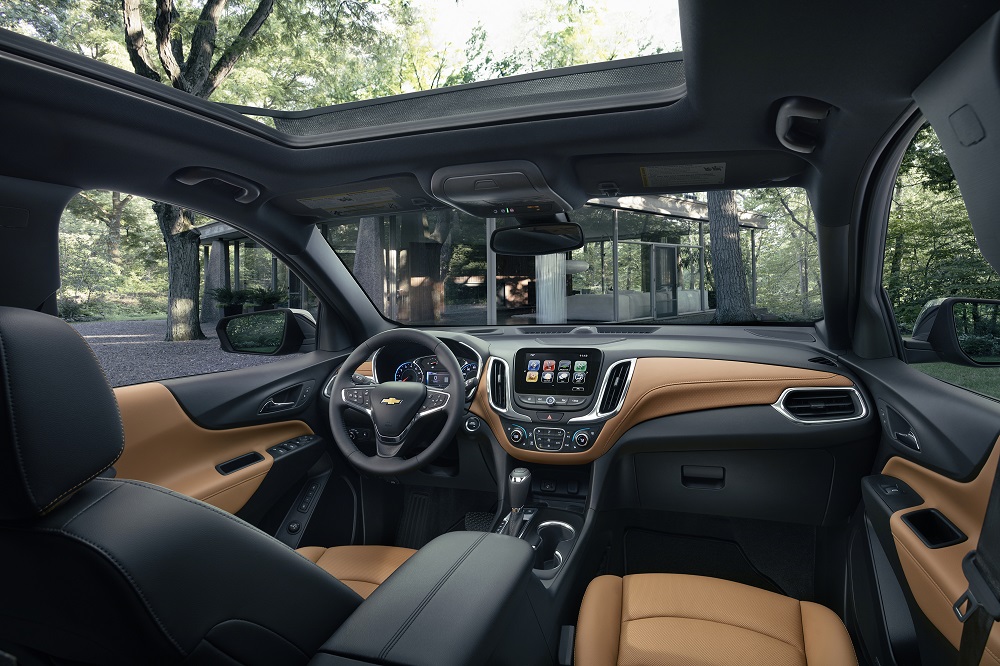 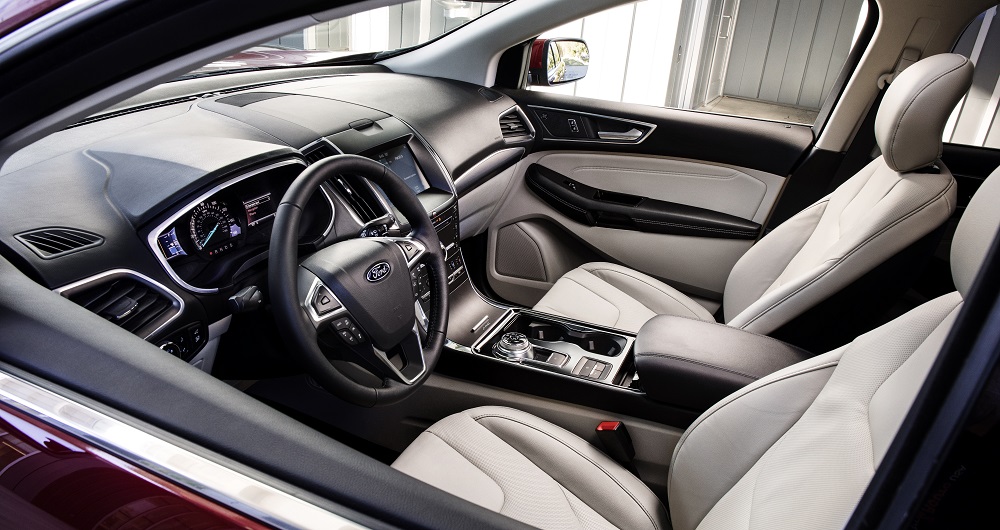 The Edge wins in cargo area too, but the gap is far more significant at 39.2 cubic feet with the rear seats up and 73.4 cubes with the rear seats folded. Keep in mind, though, the Edge is also nearly 6 inches longer than the Equinox, which could make the Ford harder to handle in tight spaces.

The Edge ST adds a bonus in interior comfort, as its bolstered front seats offer more lateral support in the corners. Though this likely won’t apply to most shoppers, it is something to consider if you like tackling corners with a little speed. 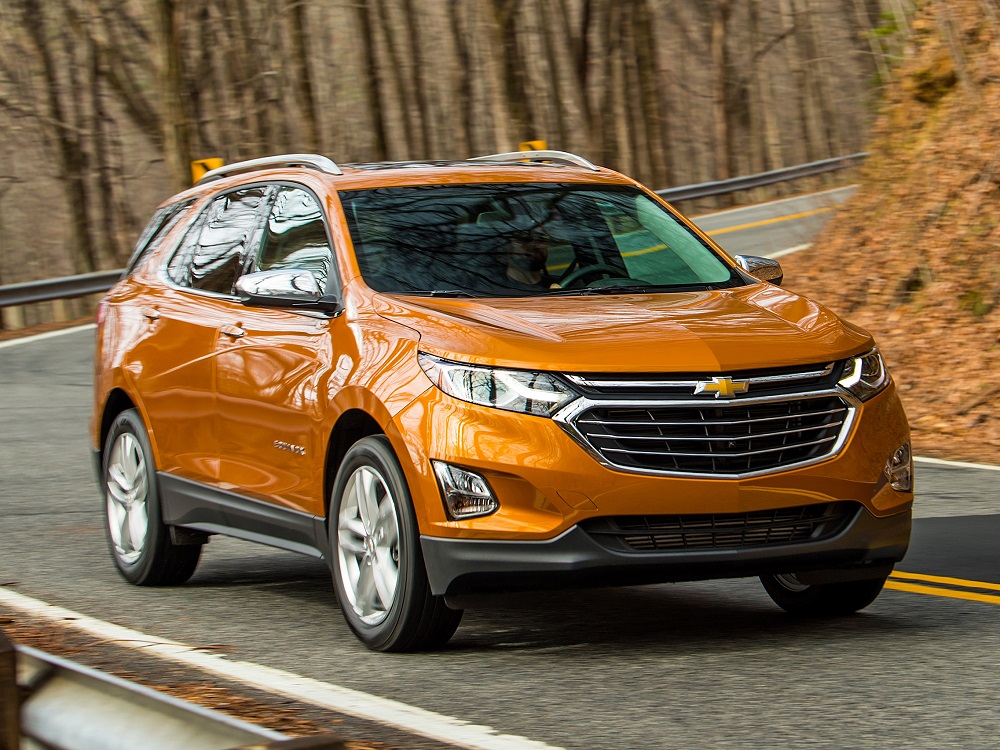 If the sheer number of engine options is an advantage, then the Equinox has bragging rights with three four-cylinder options. The standard powerplant is a 1.5-liter turbocharged unit that pumps out a modest 170 horsepower and 203 pound-feet of torque. This engine pairs with a six-speed automatic transmission and turns in a subpar 9.2-second 0-to-60 time.

The Equinox’s midrange 2.0-liter engine pipes in 252 horsepower and 260 pound-feet of torque. This power routes through a more advanced nine-speed automatic transmission and zips the Equinox to 60 mph in a more spirited 7.2 seconds.

Topping the Equinox lineup is a 1.6-liter turbo-diesel four-cylinder that produces 137 horsepower and 240 pound-feet of torque and pairs with a six-speed automatic transmission. This combination produces a sluggish 9.4 seconds, but its low-end torque makes it feel quicker than its numbers imply. 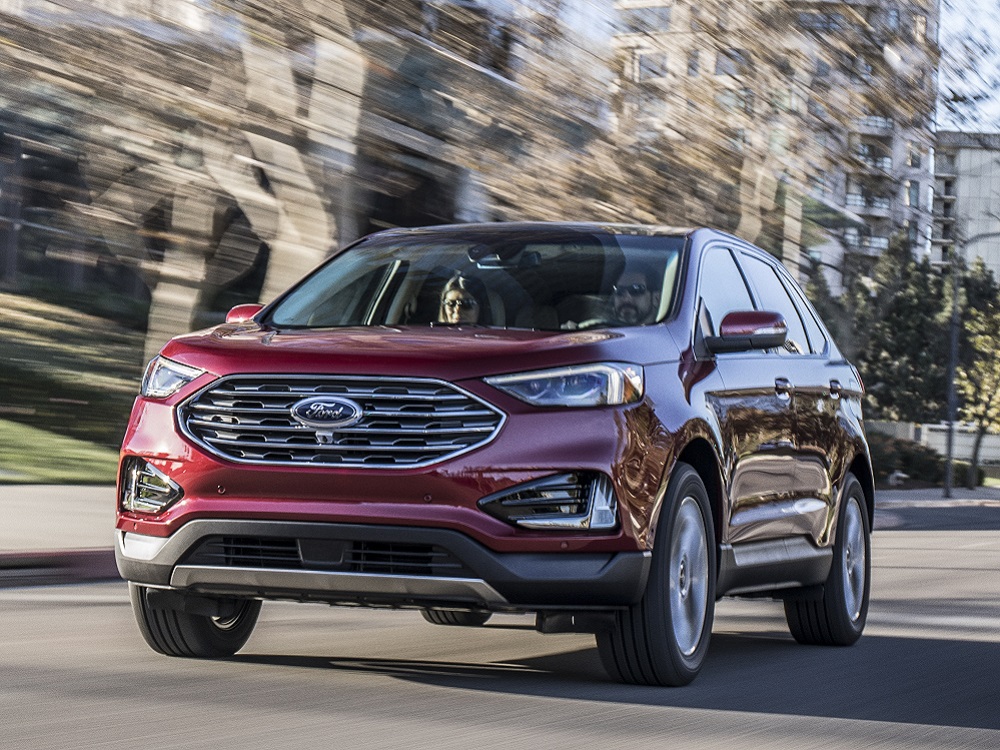 Most of the Ford Edge lineup uses a 2.0-liter turbocharged four-cylinder engine that produces 250 horsepower and 275 pound-feet of torque. This engine mates with an eight-speed automatic transmission and delivers an estimated 8-second 0-to-60 sprint time.

The only optional engine in the Ford Edge lineup is the twin-turbo 2.7-liter V-6 under the hood of the performance-oriented Edge ST. This potent V-6 pumps 335 horsepower and 380 pound-feet of torque through an eight-speed automatic transmission and standard all-wheel drive for a lively 5.7-second sprint to 60 mph.

While its acceleration is superior, the ST shines the brightest in the corners, as its upgraded suspension, brake-based torque vectoring, and larger brakes help it weave its way through a windy road. In testing, The Ford Edge ST held a respectable-for-a-crossover 0.89 Gs on the skidpad.

Moving into the peppier 2.0-liter turbocharged four-cylinder sucks up a little more fuel, as it gets up to 22 mpg city, 29 highway, and 25 combined.

The Ford Edge can’t hang with the Equinox with its peak fuel economy checking in at 22 mpg city, 29 highway, and 25 combined with its 2.0-liter turbo engine. Despite lacking in peak fuel economy, this engine matches the 2.0-liter equipped Equinox’s mileage, giving you a larger body and roomier interior with no fuel economy tradeoff. 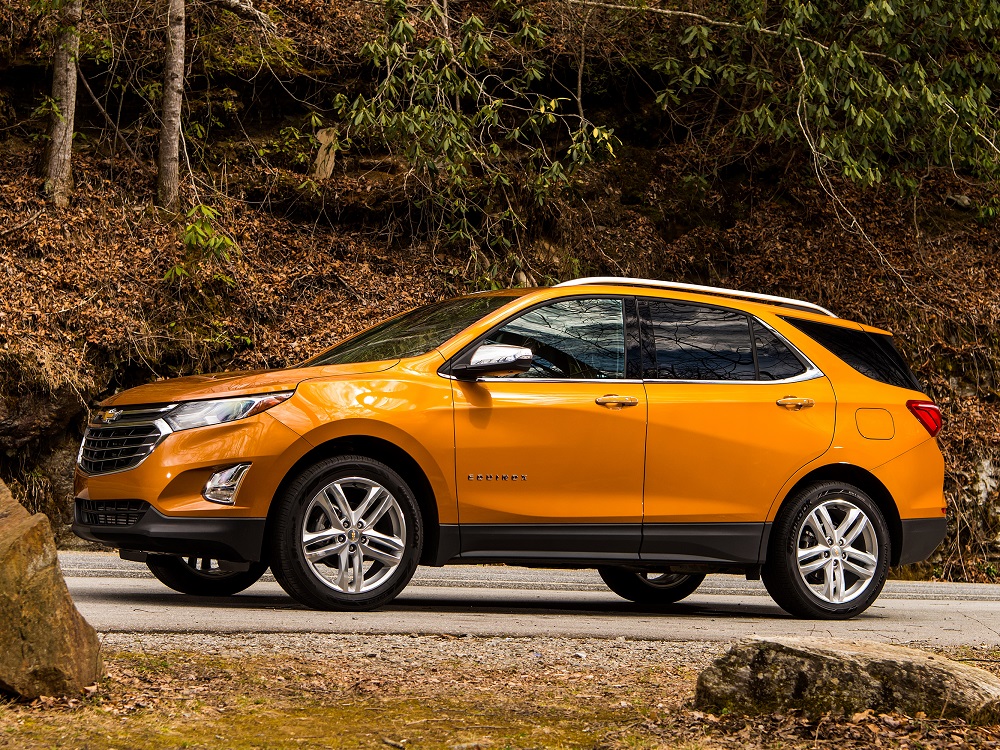 The Edge and Equinox aced all IIHS crash tests, but neither is a Top Safety Pick due to “Poor” and “Marginal” headlight tests, respectively. Both models also receive “Superior” ratings in forwarding collision avoidance, but there is one key difference: The 2019 Edge comes standard with automatic emergency braking, while the Equinox offers it as an option in only its highest trims.

Which is Best for You? 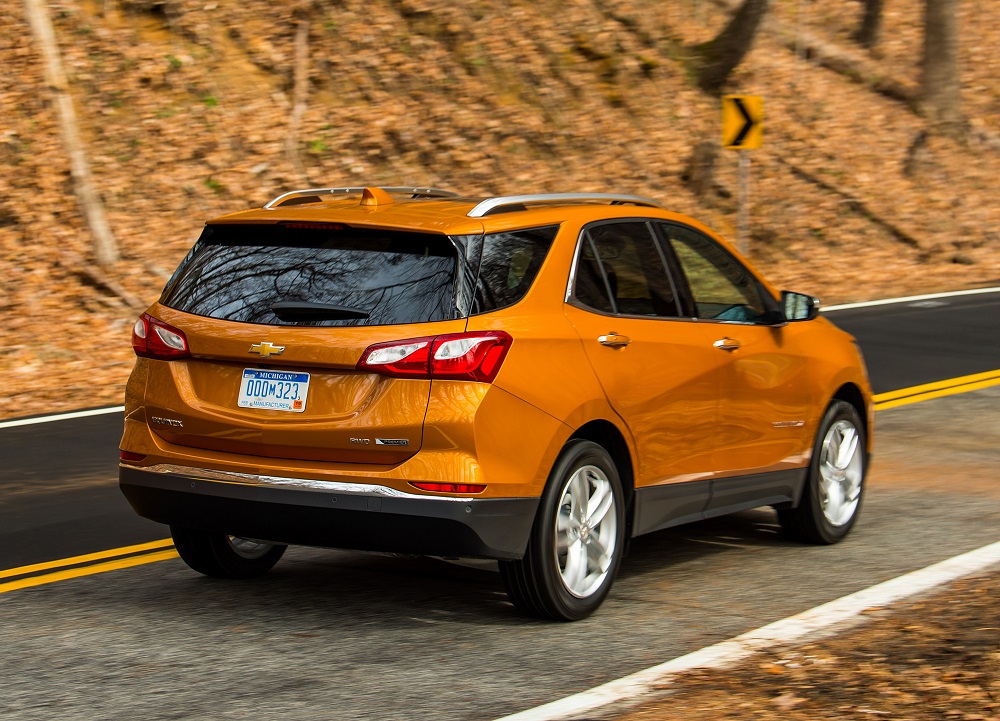 Buyers on a tight budget who are willing to sacrifice size and standard safety equipment for a much lower price and better efficiency, the Chevy Equinox is for you. If you are planning on getting the diesel-equipped Equinox, you may find it hard to locate one due to limited demand and inventory. In fact, demand is so low, Chevy will discontinue the Equinox’s diesel engine before the 2020 models hit showrooms.

Shoppers with taller kids or who frequently haul adults in the rear seats will find the roomier Edge the better bet. Plus, its standard safety equipment almost makes the price difference between it and the Equinox worth it. Sadly, that standard infotainment system will be a sore spot for tech-savvy younger buyers. 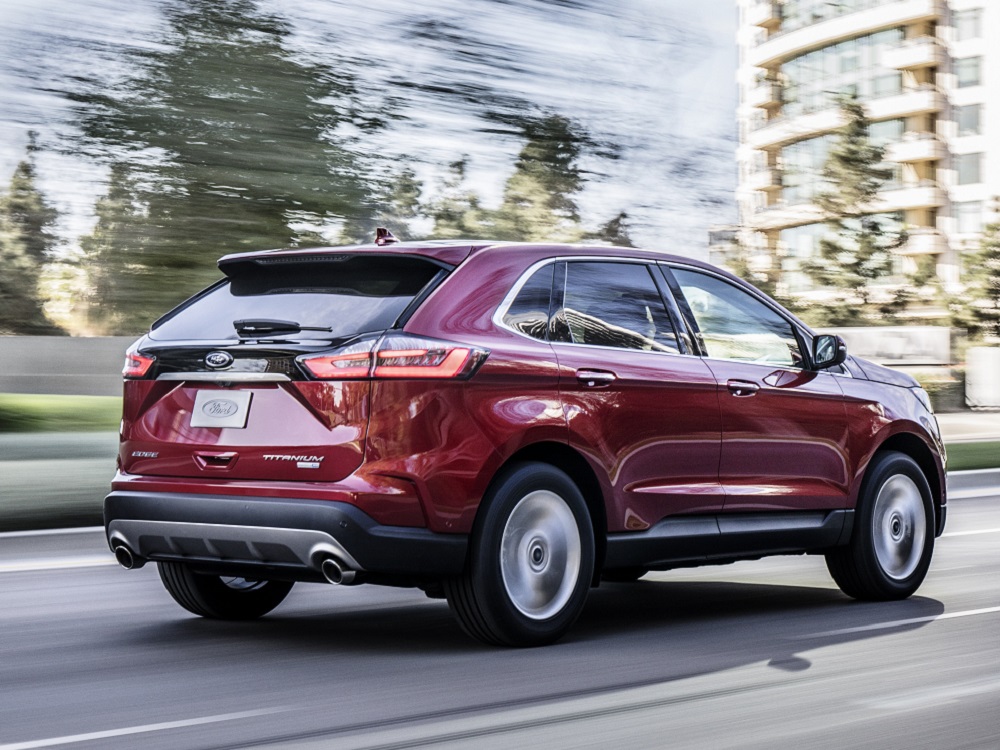 Performance shoppers who want a little fun with their family-hauling crossover have no choice but to look to the Ford Edge ST to scratch that itch. The Equinox with the 2.0-liter engine is decent in a straight line, but the ST blows it away and delivers in the curves.