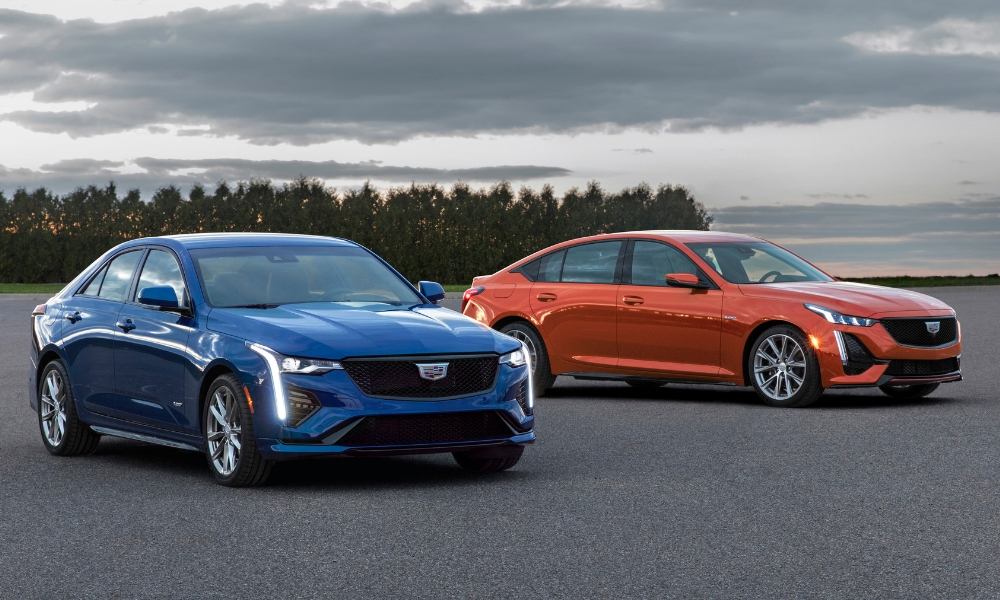 It’s been a season of change for Cadillac. After moving its headquarters back to Michigan from NYC, firing the CEO, and ending a few car model lines, the struggling luxury brand is constantly looking to “catch up to the Germans.” Watering down its V-Series is the wrong way to go about that.

Complete with a splashy press release, Cadillac proudly revealed the all-new CT4-V and CT5-V. There’s plenty of talk about things like “athletic refinement for the discerning enthusiast,” but talk is cheap. Once you really start looking at the CT4-V and CT5-V, it’s apparent both of these cars are far outgunned by the competition.

Bozi Tatarevic of Hagerty dug into the specs for the Cadillac CT4-V and concluded it’s largely a warmed-over 2018 Cadillac ATS Premium Performance. Yes, the car has a new and very torque-heavy 2.7-liter turbo four engine sourced from the Chevy Silverado, but other specs match the old Caddie perfectly. Among them are the wheelbase, front/rear track width, brakes, rear differential, and most interior dimensions. Taterevic points out that Cadillac is probably using the same suspension setup as the old ATS Premium Performance.

Keep in mind the 2019 Cadillac ATS-V puts out 464 horsepower. That’s brutal, and it far outshines the mere 320 horsepower the CT4-V is kicking out. Some are arguing the new CT4-V must be lighter than the ATS-V, which makes up for the lower horsepower rating. That would be great if it were true. In reality, the CT4-V actually piles on 86 additional pounds than the ATS-V.

With 355 horsepower on tap, the Cadillac CT5-V is similarly underwhelming. It used to be the Cadillac V-Series stood for wild, almost unbridled performance. Now the wings have been clipped and we get muzzled poodles.

At least you can get Super Cruise on these new Cadillacs. In hindsight Cadillac should’ve offered the technology standard for its entire lineup, because Tesla and other competitors are creaming Cadillac on the tech front.