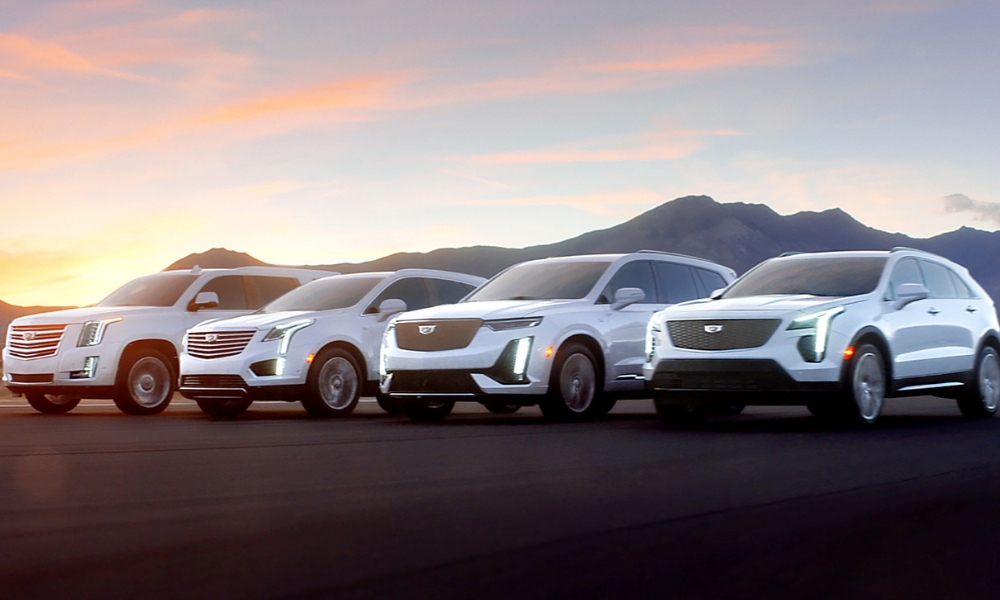 If you’re like me, you had absolutely no idea the Oscars were coming up. Cadillac apparently had been waiting for this moment with bated breath, because it used four commercial slots to launch its new marketing campaign. The tagline for the luxury brand is “Rise.”

Considering Cadillac has gone from one of the premier luxury automakers in the world to arguably only lightly warming over certain Chevrolets, rising is about the only direction it can go at this point.

This campaign puts the “now-complete” Cadillac SUV lineup front and center. Congratulations, Cadillac, it took you years, but you finally have about half as many SUVs as your competitors, instead of only two.

The whole Rise theme is highlighted in the Cadillac crest. Have you ever noticed the horizontal blue bars in it? Yeah, me neither since they got lost in the jumble of everything else, so that was pointed out and somehow that stands for a staircase? It’s all very abstract, and not in a cool Inception sort of way.