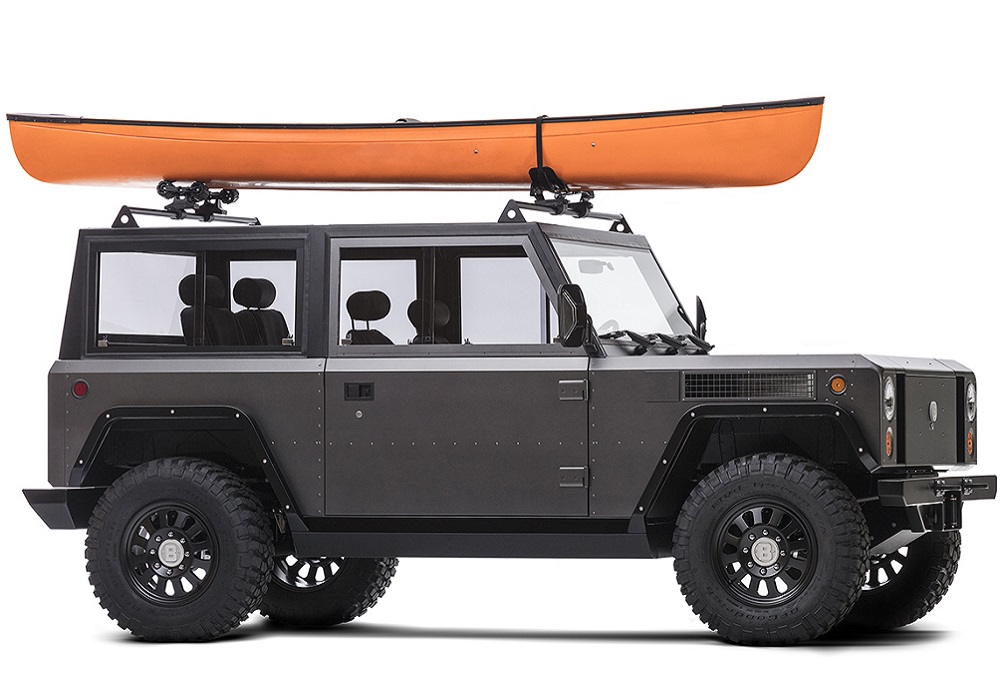 They say electric cars are for frou-frou folks who couldn’t care less about off-roading. They say there’s simply no way any manufacturer would be crazy enough to release an off-road EV. Well, apparently, one tiny automaker doesn’t give a rat’s behind about what “they” have to say.

Recently, Bollinger Motors revealed the first-ever all-electric utility truck, the B1, with a heavy focus on off-road capabilities.This sport utility truck, as Bollinger calls it, will boast all the goodies it needs to make easy work of off-road driving. This includes a 56-degree approach angle, a 53-degree departure angle, and a 33-degree breakover angle. It also has 15.5 inches of ground clearance, four-wheel independent suspension with self-leveling, and 10 inches of wheel travel. At the corners are 17-inch aluminum wheels shod in LT285/70R17 Mud Terrain tires. Behind these mud-slinging tires are 11.75-inch inboard rotors clamped by four-piston calipers.

Powering this 3,900-pound beast are two motors — one front and one rear — that inject 360 horsepower and 472 pound-feet of torque. This sprints the Bolliger B1 to 60 mph in just 4.5 seconds and up to a top speed of 127 mph. On top of being super-quick, the B1 is also quite capable with its 6,100-pound payload and towing capacities.

I know what you’re thinking, “but what about water?” The B1’s batteries are encased in four layers of protection that keep them dry for up to 30 minutes in 3.3 feet of water. So, unless you’re planning on turning your B1 into a boat, you shouldn’t have any issues trekking through wet stuff. Bollinger is working with a third party on feasibility studies, but it expects to have the B1 ready for purchase through its direct-to-consumer sales (a la Tesla) within 19 months. Buyers can reserve a spot on the B1 waiting list now for free at Bollinger’s website. In early 2018, the automaker plans to start accepting $1,000 deposits to lock in purchases.