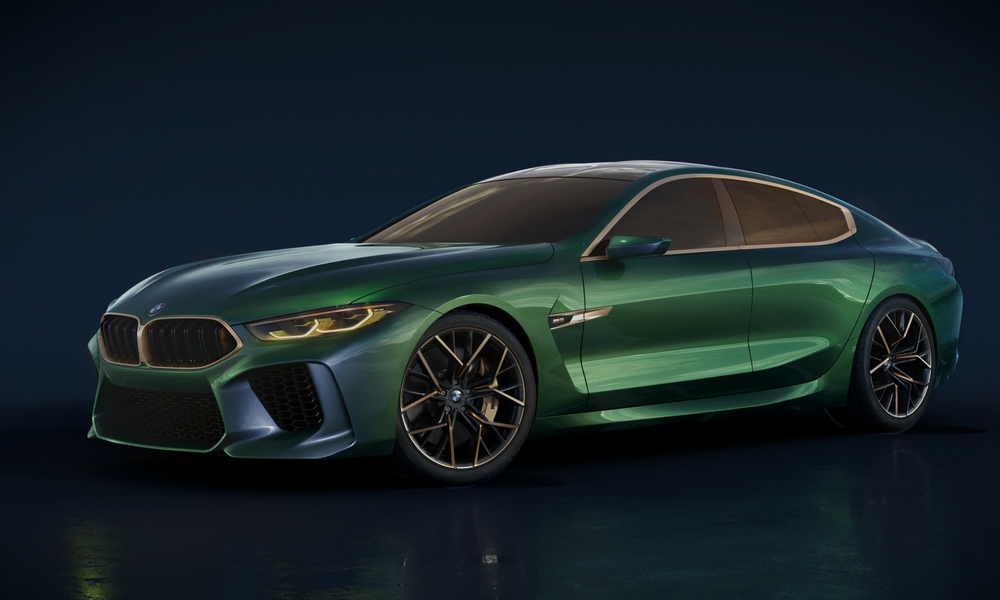 BMW decided to go all-in with its M8 Gran Coupe concept for Geneva. As the company’s official press release proudly declares, the “M” in M8 stands for “more of everything. I’m just not sure they’re going to like all the parallels everyone will draw.

Yes, this concept “coupe” is big, muscling out the M6 Gran Coupe. The car is exceptionally powerful, likely producing about 600 horsepower, like the new M5.

Sure, the M8 Gran Coupe has a large, dramatic presence. That green paint and gold accents work well together. But the concept certainly has more gaudy styling in the wrong ways, like that gaping front fascia. It likely is functional, but BMW’s design team surely could’ve done a better job making it attractive. Then there’s the car’s sides, where they couldn’t leave it alone with one strong crease, and instead had to overdo it. For good measure, the rear fascia is also over-styled, like BMW is getting tips from Honda these days. BMW calls this “dynamism” but it’s really quite tasteless. Sad.

We’ll see a production version of the “more” car likely in about a year, since it’s set to release as a 2020 model.