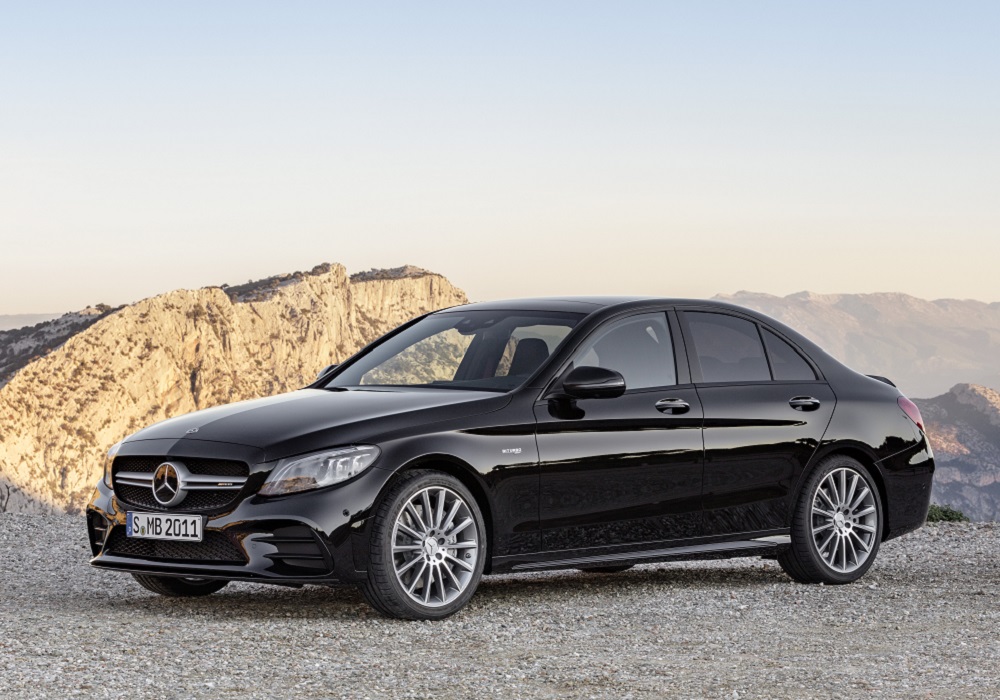 Though it technically debuted under the C 450 AMG name in 2016, the Mercedes-AMG C43 officially debuted in 2017 as a renamed version of the former. As we near the 2019 model year, we learn that the C43 will gain a refreshed look and a healthy power boost.

While its change in appearance won’t be dramatic, it’ll be just enough to notice. These will include the new twin-louver AMG grille in matte iridium silver, the new front bumper with additional flics and new side air curtains, and aerodynamically enhanced AMG light-alloy wheels. Around back, there will be a revised bumper with new rounded twin exhaust pipes.

Inside, most everything will remain the same, but a few new options will debut. These include some new trim elements, like Natural Grain Walnut Wood & Aluminum and Natural Grain Grey Oak Wood, and a new saddle brown and black interior color scheme.

The other significant change is under the hood. Here, the 2019 Mercedes-AMG C43 will boast a revised version of the current 3.0-liter biturbo V-6 engine. This powerplant sees its power jump by 23 horsepower to 385 ponies and 384 pound-feet of torque. This boot in power is mostly due to a pair of larger turbochargers. This potent V-6 will continue to mate to a nine-speed automatic transmission.