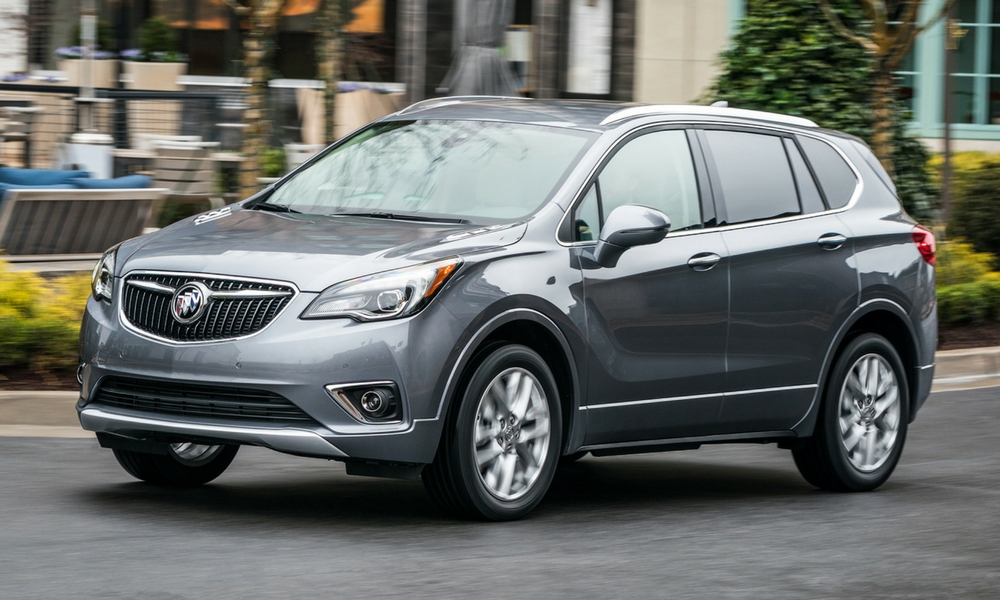 Buick has had some nice success with the Envision, and to keep the ball rolling, the compact luxury SUV is getting a round of updates for 2019. Most people won’t consciously register the changes, but they do make the Envision look a little bolder and more modern.

Thankfully, Buick still keeps things fairly reserved, staying well away from what Lexus, Acura, Infiniti, and others have been doing. Among them is a bigger grille, without the weird horizontal bar element intersecting with the badge. The headlight lenses have grown too, and gained LED running lights just like everyone else. A few other tweaks make the front fascia look slightly more aggressive.

Around back, the fascia has an overall more muscular appearance. To match that, Buick increased torque output for the 2.0-liter turbo four motor to 295 lb.-ft., versus the previous 260. A nine-speed automatic transmission joins the party as well.

Fuel efficiency is a big deal, so Buick refined the stop/start system, thanks to customers complaining. Just in case, there’s a switch you can use to turn the system off and back on, so everyone’s happy.

The biggest changes are to onboard tech. Among the new upgrades is an improved rearview camera, an air ionizer, seat warmers that work faster, voice commands, an updated wireless charging pad that works with the iPhone X, and the ability to use regular cruise control, instead of adaptive cruise control, if you like to keep things old school.

You get all that, plus Buick is dropping the starting price to $32,990, which is about a thousand less than the current 2018 model.