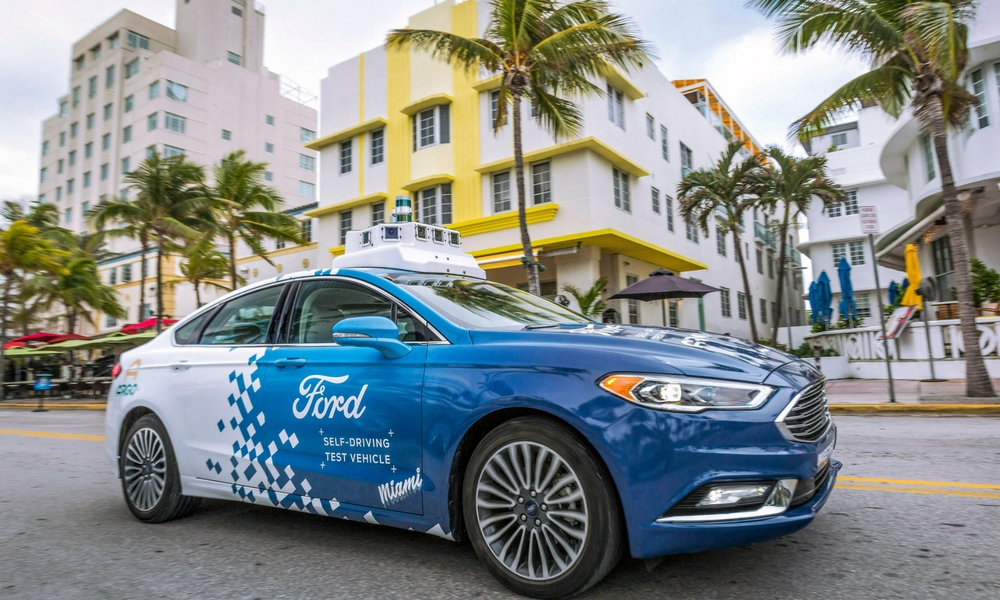 While plenty of automakers have been concentrating their development of autonomous tech in California, Michigan, and Phoenix, Ford is looking to make a big push in Miami. The city doesn’t get snow, which is a big challenge for the tech at the moment, so I guess that makes sense.

This shocking announcement was made by Sherif Marakby, vice president of autonomous vehicles and electrification. And it wasn’t made right now to distract us from the one high-level firing Ford wants everyone to forget about now, thank you.

At first, Ford will be using self-driving cars for deliveries, working with Dominos and Postmates. Once it has the streets of Miami mapped well enough, it will launch a driverless ride-hail service, with the blessing of the local government.

The truly big and somewhat different component of Ford’s plan is that it will set up a fleet-management center in Miami. That’s not unheard of, but it is unusual. I’d take it as a signal that Ford is serious about making this new business venture work.

Basically, Ford is laying the groundwork for something bigger and more expansive in Miami. You can guess all day what that might be, because it could’ve contracted out fleet management to any number of companies in the city.