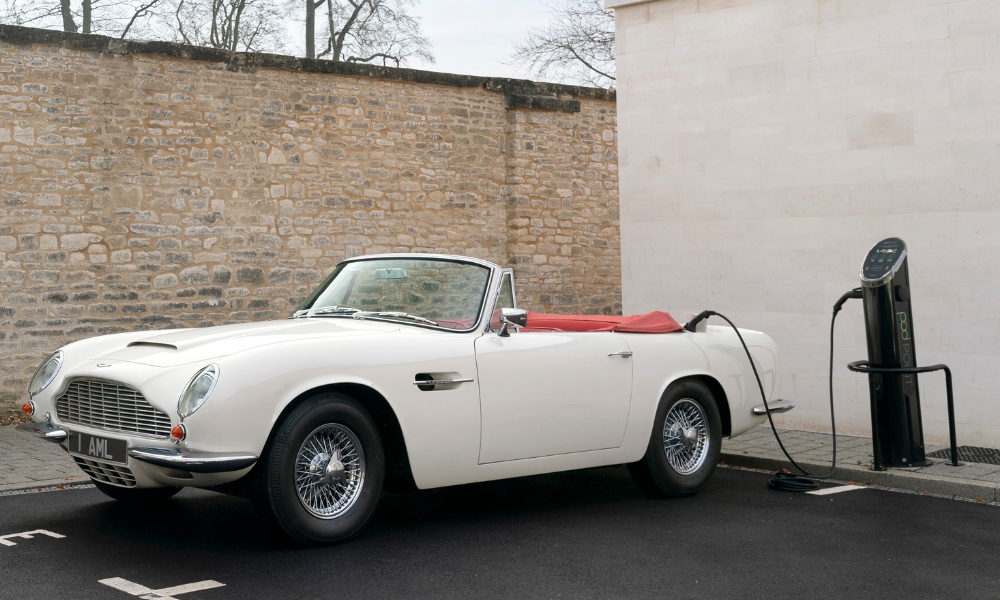 Some might call it blasphemy, but others say it’s progress. Whatever you want to call it, Aston Martin Works has created a reversible way to convert classic cars into fully-electric vehicles.

Swapping out internal combustion powertrains for electric setups in old cars isn’t a new concept, but this marks the first time an automaker has jumped on the bandwagon. Even more interesting is the fact you can yank the electric powertrain and use the original one, so the car can be restored to its full original condition.

Why would anyone electrify an old Aston Martin? You might not like it, but there’s growing talk of banning the use of internal combustion engines in various countries, many of them European. That doesn’t mean just ceasing the sale of new vehicles that burn fuel, but even driving old cars that use gas or diesel.

Call that government overreach, tyranny, or just plain unfair, Aston Martin Works is trying to ensure its customers can still enjoy the classics if that does come about. Oh, and it’ll make a nice profit off it, to be sure.

To covert a car, Aston Martin Works installs a “cassette” which is self-contained. Electrical components for the car connect to the cassette, so everything works as before.

How such a converted car drives is unknown. While we’re used to seeing Ludicrous acceleration from EVs, this likely is a much tamer EV conversion.