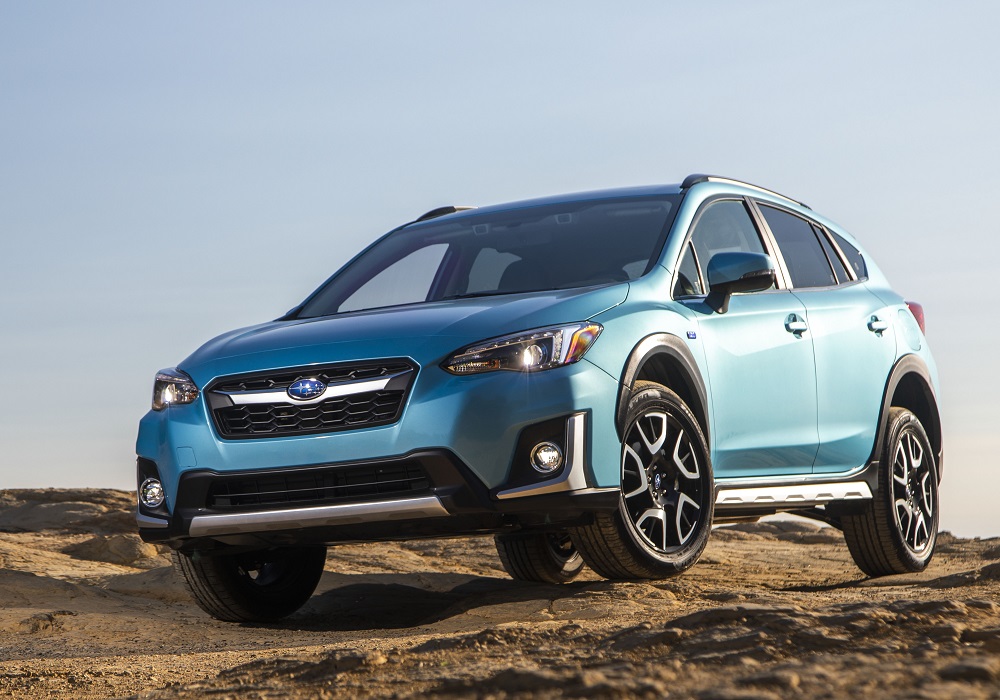 Subaru attempted to electrify its funky Crosstrek back in 2016, but its high pricing and tiny fuel-economy gains led to Scooby scrapping the model after just one year. The 2019 Crosstrek will mark the resurrection of the hybrid-powered nameplate with deep Toyota roots under its hood.

The 2019 Subaru Crosstrek Hybrid will roll in boasting a 2.0-liter boxer engine paired to the same basic electric drive system as the Toyota Prius Prime. There is no information on how much power this combined propulsion unit will pump out, but Subaru promises a one-second faster 0-to-60-mph time than the standard 2019 Crosstrek. While the Crosstrek is no barnburner, a one-second boost in acceleration points toward significant increases to low-end grunt.

Fueling the two-motor hybrid system will be a lithium-ion battery under the cargo area that allows this crossover to travel up to 17 miles on electric only for a 90 mpg-e rating. This range plus its hybrid driving range will allow the 2019 Subaru Crosstrek Hybrid to travel up to 480 miles between fill-ups.

What’s more, this thrifty hybrid will still be plenty capable with its 8.7 inches of ground clearance, 1,000-pound towing capacity, and up to 43.1 cubic feet of cargo room with the seats folded. The latter is 12.3 cubic feet smaller than the base Crosstrek, so plan accordingly before falling in love with the Crosstrek Hybrid’s thriftiness.

The Subaru Crosstrek Hybrid will hit showrooms at a starting price of $34,995, making it a whopping $7,800 premium over the Crosstrek 2.0i Premium. Though it makes up for the fuel-economy snafu from 2016, the 2019 Crosstrek Hybrid still has a slight pricing issue.