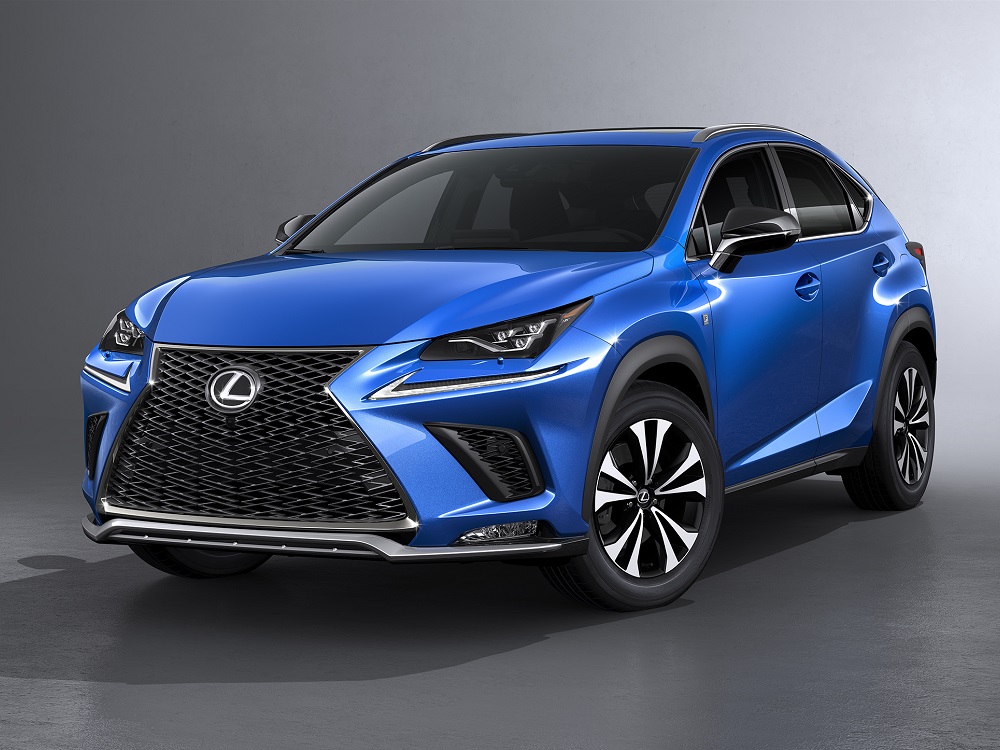 The Lexus NX arrived in 2015 as a reskinned and upgraded Toyota RAV4 to give the luxury brand a competitor in the hot luxury compact crossover segment. In 2018, the NX received a light refresh to help modernize it a bit, but it has otherwise remained unchanged — save for a name change from NX 200t to NX 300 — since its launch. 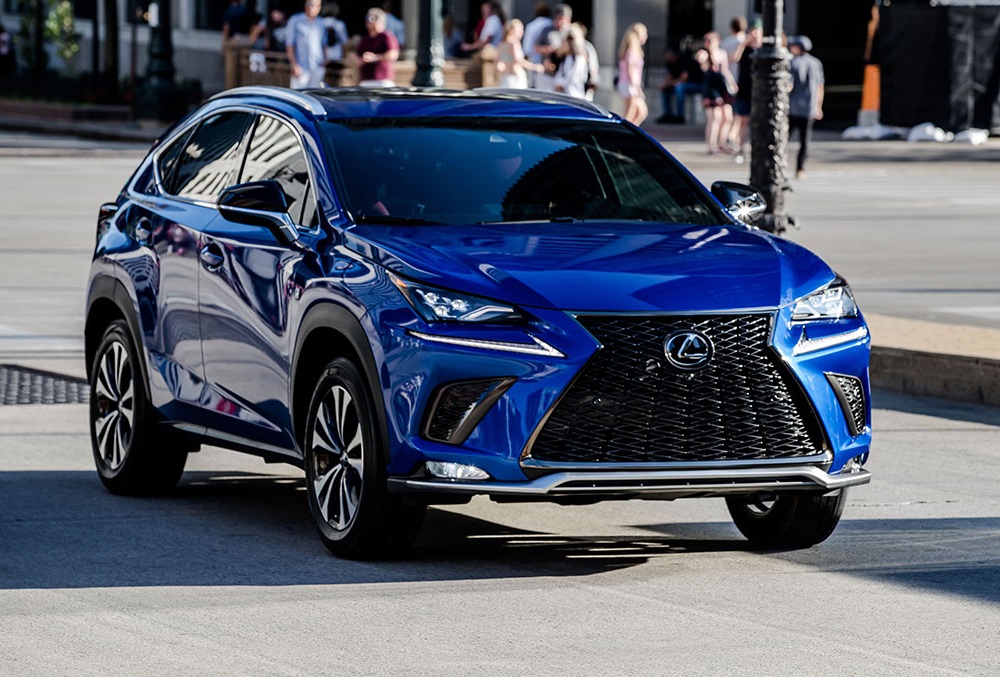 Since its 2015 debut, the Lexus NX 300 — originally the NX 200t — has been one of the sharper crossovers in the segment, and its 2019 refresh that includes an updated grille, larger fog light openings, more chrome accents, and redesigned taillights makes it even better. It boasts sharp angles, unforgiving body lines, dramatic lighting, and an in-your-face grille that leaves little to the imagination. This look is right up my alley, especially in the bad-ass Ultrasonic Blue Mica 2.0 hue Lexus delivered my tester in.

Now, while I love this dramatic, take-no-prisoners look, there are plenty of buyers that shield their eyes from this stylistic drama. Make sure you take a long, hard look at the NX before pulling the trigger on buying one. Ask yourself “can I really see myself in this car for the next five years” before signing that loan paperwork. 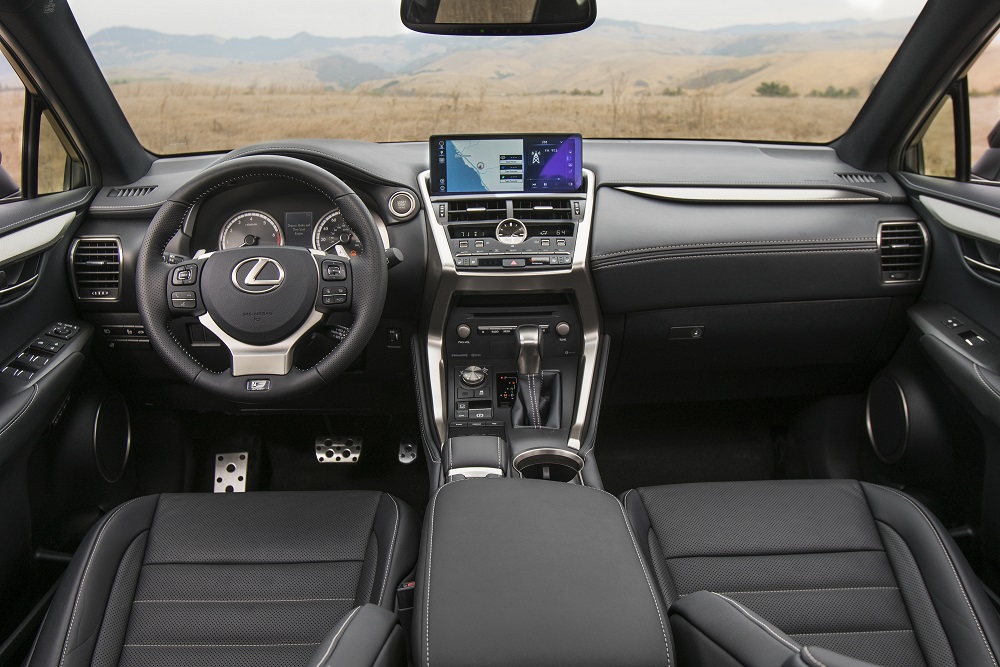 Inside, the NX 300 boasts an equally aggressive cabin that shows a bit of its RAV4 lineage with its bulging dashboard. Other than that, the NX 300 F Sport does a fine job hiding its Toyota roots. In this sporty crossover, the leatherette seats hug your sides nicely with no pinching, minimal noise infiltrates the cabin, and everything is well within reach.

The only negative about the NX 300’s cabin is it’s a little busy with buttons and knobs, making you search for various functions. I am sure this is not an issue after months of ownership, but it can present a problem for new buyers. 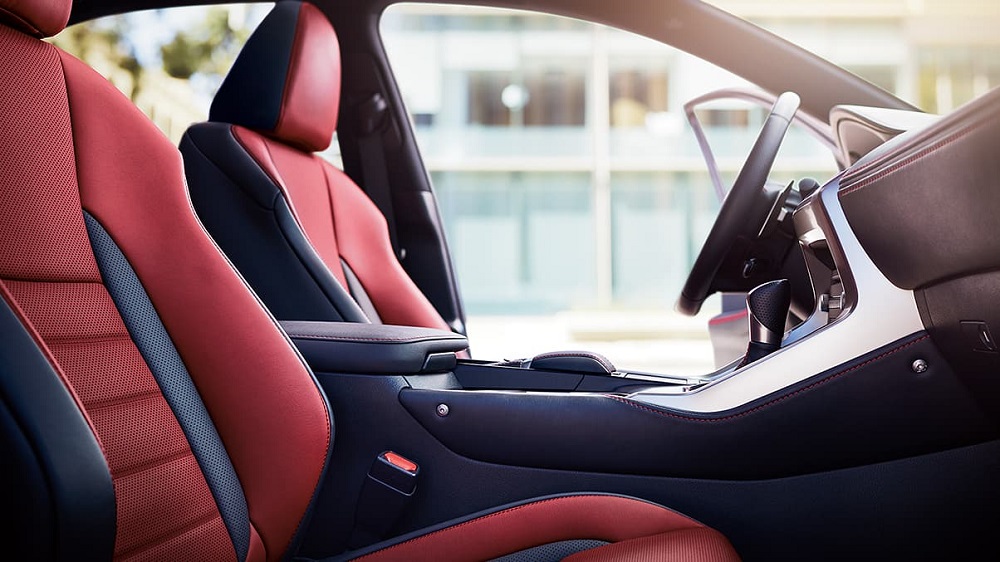 The 2019 NX 300 F Sport’s front seats are surprisingly comfortable. When looking at the bolstering, one may expect a tight squeeze, but they hug you with just the right amount of pressure and keep you in place while you work that upgraded F Sport suspension through corners.

Around back, the seats fall flat — literally. The cushions lack any pronounced shape, leaving your tush to slide around. This isn’t a huge deal, but Lexus should have upgraded them in the F Sport model. Fortunately, legroom is respectable for its short wheelbase at 36.1 inches, but cargo room is among the tightest in the segment at 17.7 to 54.6 cubic feet.

Despite having a tighter-tuned chassis, the 2019 NX 300 F Sport is great at tackling medium-size potholes without jostling your innards loose. Even with its larger wheels and thin sidewalls, you remain comfy. 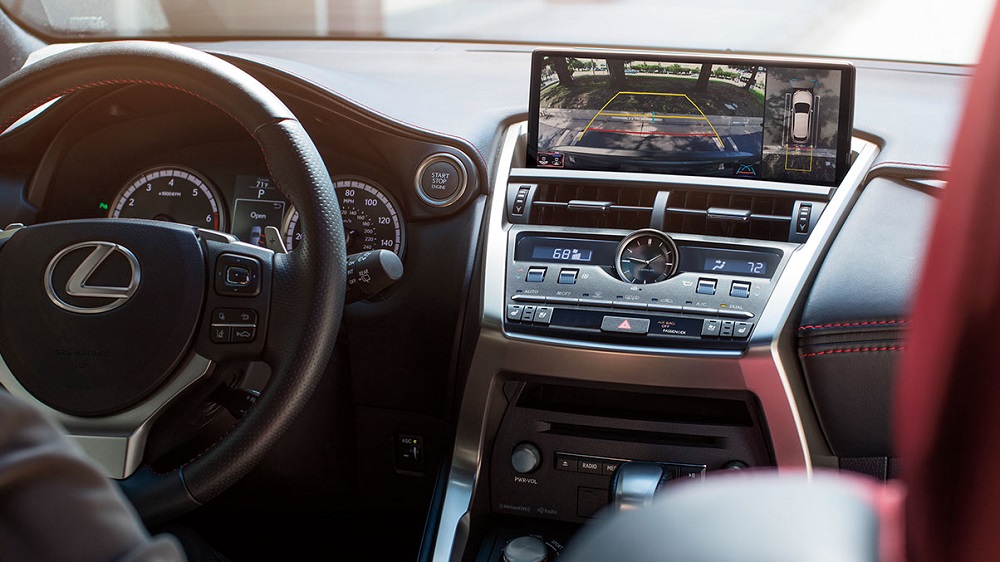 Tech always has been a mixed bag with Lexus, and things remain the same in the 2019 NX 300 F Sport. First, the good. The optional navigation system boasts a crystal-clear 10.3-inch screen, the audio system is decent, its available safety equipment is second to none, and the Enform infotainment system is robust.

Now, the bad. The Remote Touch Interface track pad continues to be a thorn in Lexus’ backside. It’s received multiple ridiculous “upgrades” to make it more user-friendly, but its engineers continue rolling out the same, distracting, twitchy, and frustrating system year in and year out. I am a notorious infotainment hater, but this RTI system takes the cake as the largest, steamiest pile of bull dookie on the planet — and I am one of countless reviewers to constantly bash Lexus over the head about this.

C’mon, Lexus, let’s get with the times and make this system either gesture responsive or at least based on a more intuitive touchscreen.

I also wish the pricey F Sport model had the standalone Mark Levinson audio system option. It’s not that the standard system is bad, but I love the sound of Lexus’ upgraded audio system and think it would suit the range-topping NX well. Now, you can get it as a part of the limited-run Black Line Special Edition model Lexus just unveiled, but there are only 1,000 units available. 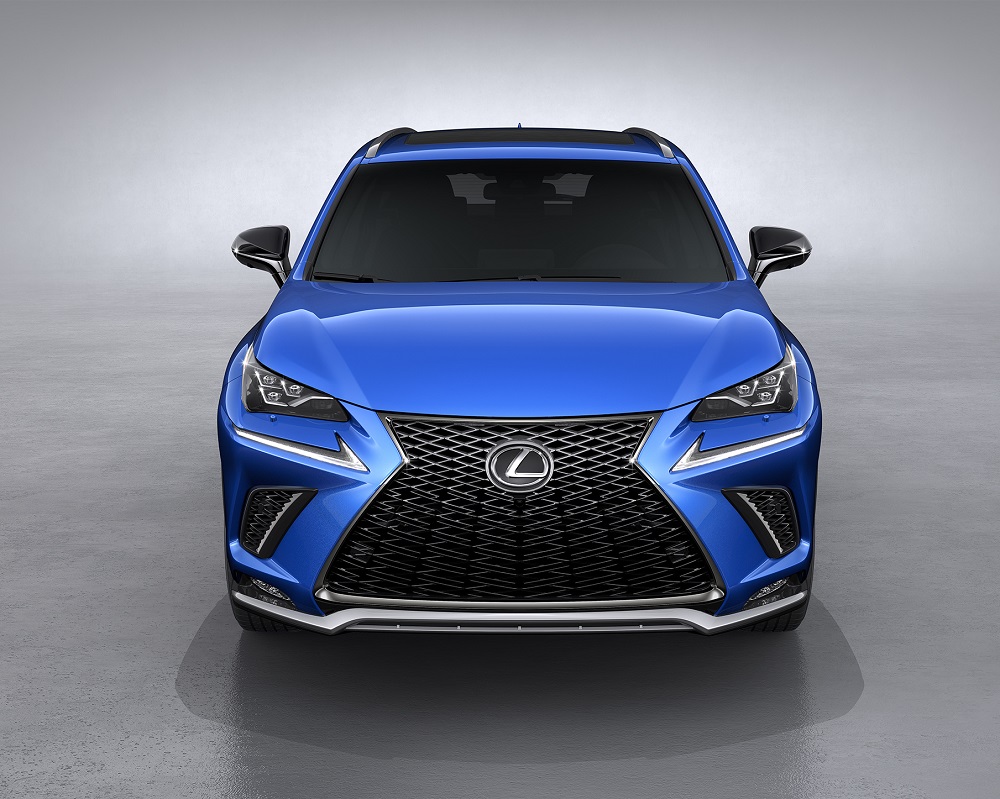 No matter the flavor of NX 300 you choose, it gives you a 2.0-liter turbocharged four-cylinder engine with 235 horsepower and 258 pound-feet of torque paired to a six-speed automatic transmission. This combination can deliver power to the front or all four wheels for a 0-to-60-mph time in the seven-second range.

The F Sport trim does nothing to boost engine output, but it does feature a sportier suspension and an upgraded steering system for improved handling. No, it is no corner carver, but the NX F Sport delivers a noticeable boost when zipping down a twisty road.

While this makes the NX a competent performer, the NX 300 lacks a true performance model. I’d love nothing more than a legit NX F with its 2.0-liter engine cranked to 350 horsepower. While this would never sell well, it would give Lexus a little more ammo to use against its German rivals.

Fuel economy is a struggle for the NX 300 F Sport, as my all-wheel-drive tester is EPA rated at 22 mpg city, 27 highway, and 24 combined. 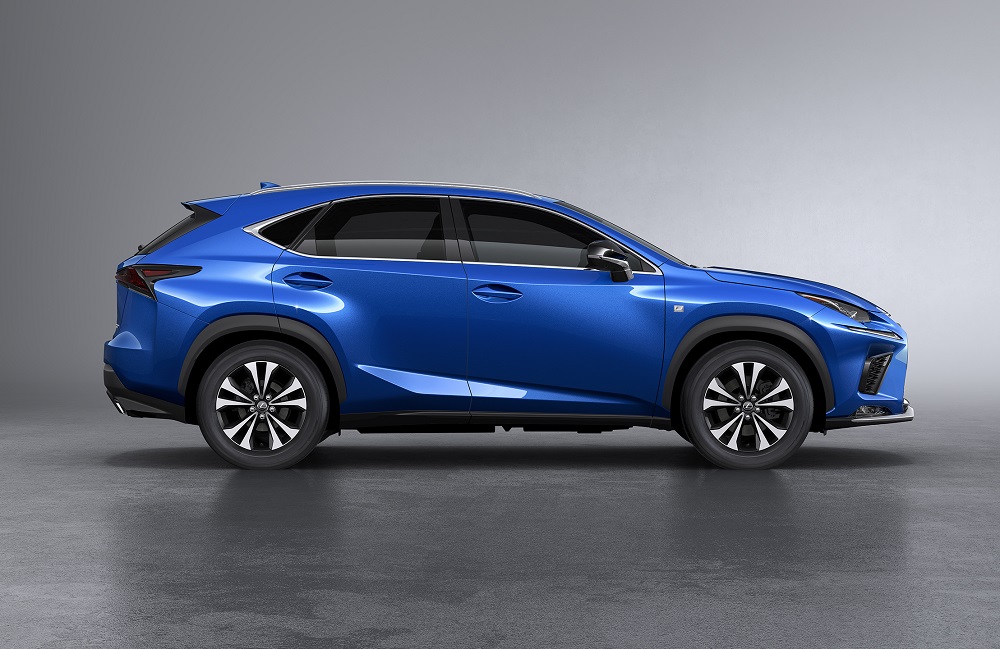 As a complete vehicle, the NX F Sport does a lot right, but its $38,625 starting price without all-wheel drive and $40,025 with all-wheel drive is quite high. This puts it near the Mercedes GLC-Class and the BMW X3. Sure, we are talking about the base models versus the range-topping trim, but brand cachet also plays a big role for some buyers. 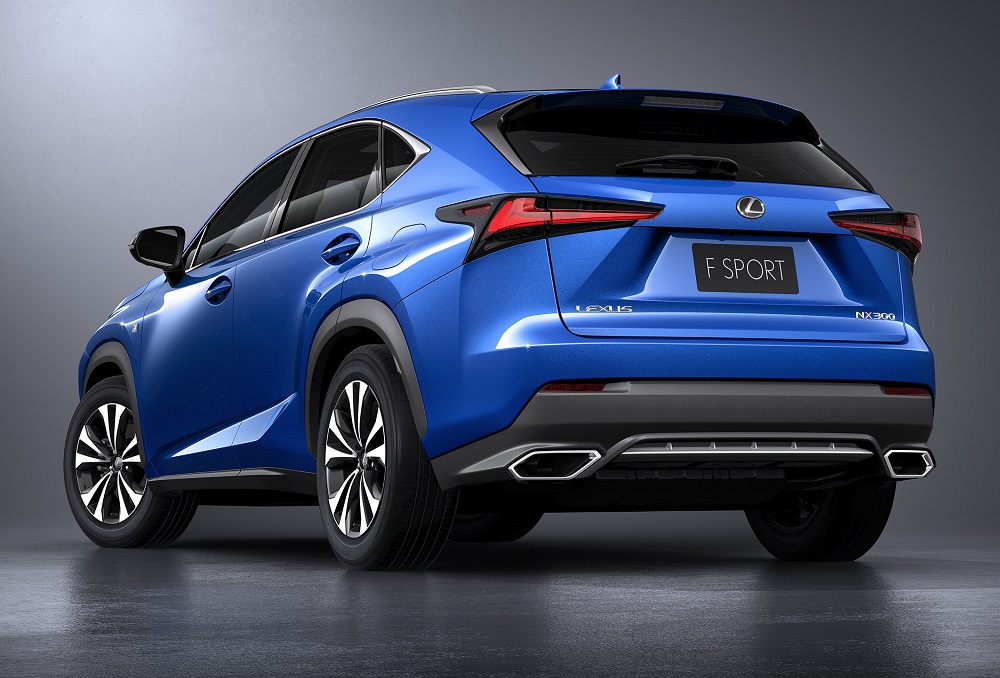 The 2019 Lexus NX 300 F Sport is a great option for buyers willing to sacrifice brand cachet for style and features. This puts it squarely in my wheelhouse because I couldn’t care less about a badge or the popularity that comes with it. Then again, that pushes me to another Japanese luxury crossover, the Acura RDX. A fresh redesign, more power, more space, and an equally sporty A Spec trim all make the RDX a crossover I would test drive along with the NX F Sport.