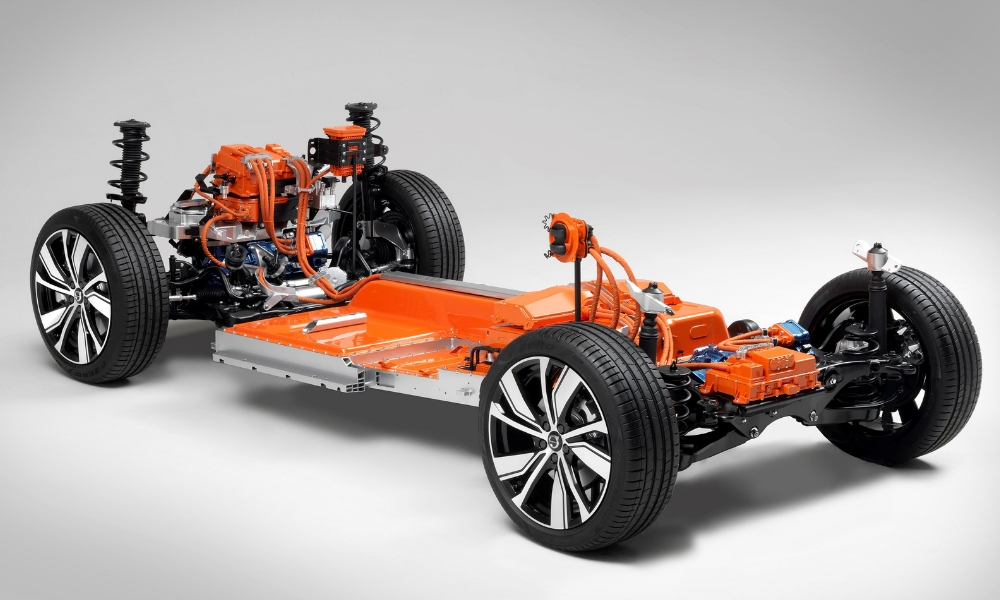 Volvo is on the verge of launching its first all-electric model, a version of the XC40, which debuts in October. In advance of that reveal, Volvo is proudly stating the all-electric XC40 will be one of the safest vehicles to ever hit the road. If that sounds too bold, keep in mind it’s not making claims nearly as boisterous as Tesla.

What makes the all-electric version of the small SUV safer? Volvo says engineers had to redesign and reinforce the frontal structure since there’s no internal combustion engine sitting there. On top of that, they created a new passenger safety cell that uses extruded aluminum embedded into the middle of the body structure.

There’s also a safety structure for the battery. We all have seen what happens when those are punctured or ruptured during a crash, and it’s not pretty. Volvo says this design creates a built-in crumple zone around the battery.

At the rear, the electric powertrain is part of the SUV’s body structure, so that area is stronger than in a regular XC40.

Finally, Volvo is launching some new safety technologies in its first all-electric vehicle. The main innovation is a new Advanced Driver Assistance Systems (ADAS) sensor platform. It uses software from Zenuity, an autonomous vehicle tech company that Volvo owns jointly with Veoneer. According to Volvo, the system is scalable, so it conceivably could be used for higher autonomous driving levels as those are developed.

The public reveal of the all-electric Volvo XC40 is scheduled for Oct. 16.