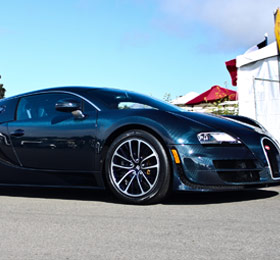 With each year that passes, top speeds increase as car companies discover new technologies. Just 10 years ago people would find it hard to believe that speeds now approach 300MPH on street legal cars.

It is and always has been a cut throat race to the top by some of the worlds finest automotive car designers and manufacturers. We have put together the following list of the most current fastest cars for 2013 as of June 1st. The list will surely change, possibly even by the end of the year. All of the specs aside, if you have an extra few hundred thousand bucks (or a few million for the Bugatti) why not pick one of these bad boys up? The only problem then is finding a place to drive a car like one of these without getting your license revoked on your way to work.