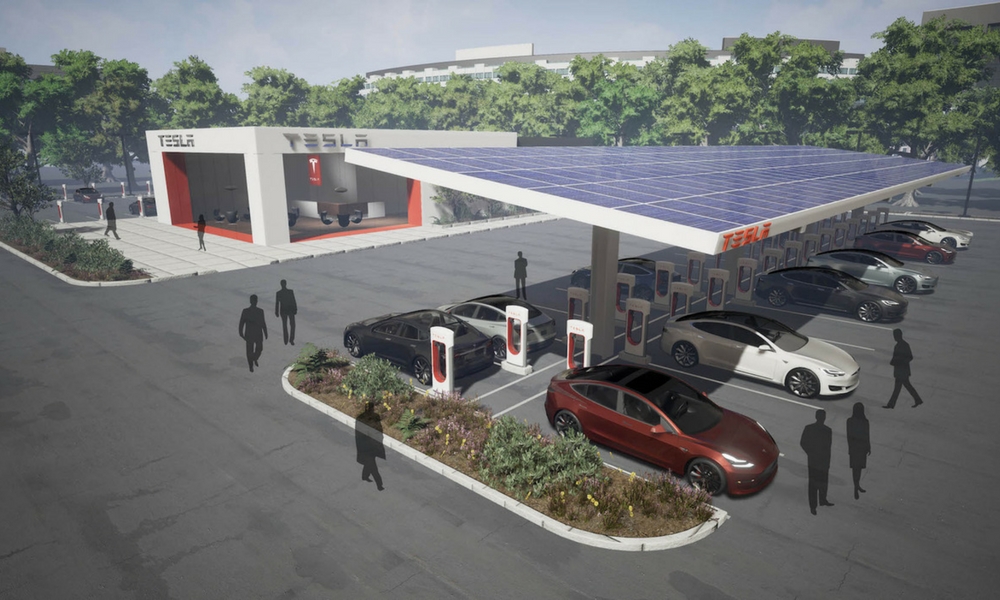 Remember back in 1957 when you rolled up to the local drive-in, plugged in your car, and enjoyed some malts? Yeah, neither do I, mostly because I’m not that old. There’s also the issue of no electric cars being around back then. Tesla thinks mixing 50s nostalgia with its Supercharger stations is a great idea.

The Drive uncovered a permit application for the City of Santa Monica, filed by Tesla. It describes an onsite restaurant for the Supercharger station. The closest thing to that at the moment is a station in Kettleman City, California, where a building contains vending machines and a simple lounge. Yawn.

I don’t own a Tesla, but can imagine waiting around for your car to charge isn’t fun. The local Supercharger station here is in a non-glamorous part of town, and I see people milling around nervously, looking bored and wearing clothes that make them stick out big time.

Keeping people at the station is a great idea. They avoid having to mix with commoners, Tesla makes more money, and everyone’s happy. It’s amenities like these that will get even more people to order Teslas, because I doubt GM, Nissan, or BMW even has the creativity to offer a service like this. Now, if only the company could make all the cars.