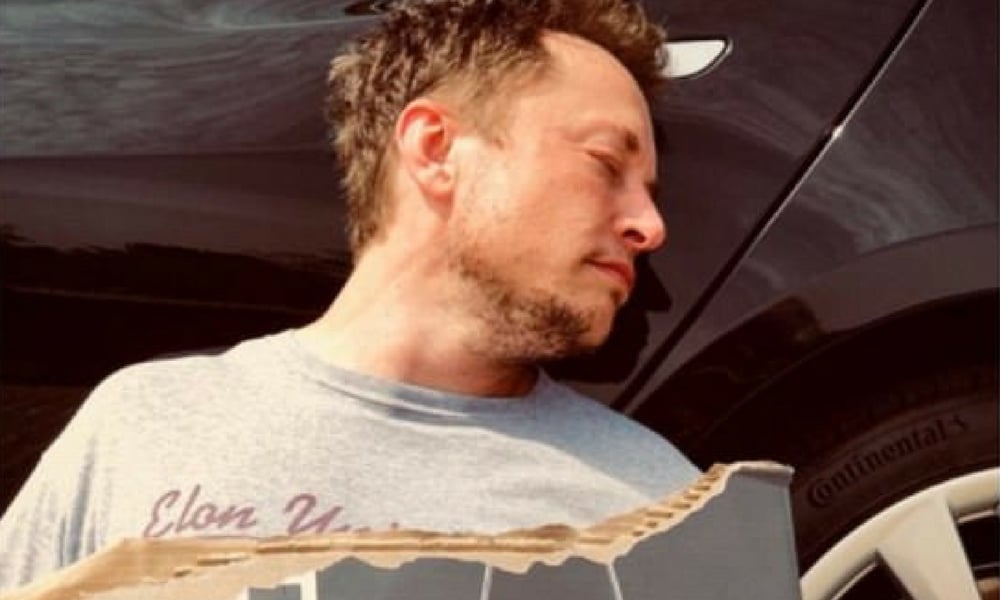 April Fool’s was on Sunday, coinciding with Easter this year. If that confluence of religious holidays isn’t strange enough, what Elon Musk did in celebration definitely goes over the top. Tesla’s CEO posted on Twitter a photo of him looking especially scruffy and distraught, holding a piece of cardboard with “Bankwupt!” written on it. He’s leaning against a Tesla in the picture, removing any doubt about what he was referring to.

Some people thought the photo was funny. Others seemed to believe it was in poor taste, considering Tesla has seen its credit downrated, has failed repeatedly to meet Model 3 production goals, has been plagued with quality control issues, and is now embroiled in controversy after a fatal crash where AutoPilot was engaged.

Too bad the people with the money thought the jokes were inappropriate. Tesla shares dropped on Monday, but admittedly they rebounded some with news of Model 3 production outstripping the dismal numbers posted before.

This will stay controversial, with experts, fanboys, and armchair admirals all weighing in on what Musk did. The CEO has reportedly personally taken over direction of Model 3 production, while other Tesla brass are grappling with a recall of 123,000 Model S sedans for a faulty steering bolt. These things happen, but to other automakers that have more financial shielding. Tesla may be a media darling and favorite of the tech world, but it’s not bulletproof. Maybe Musk will realize that one day, maybe.