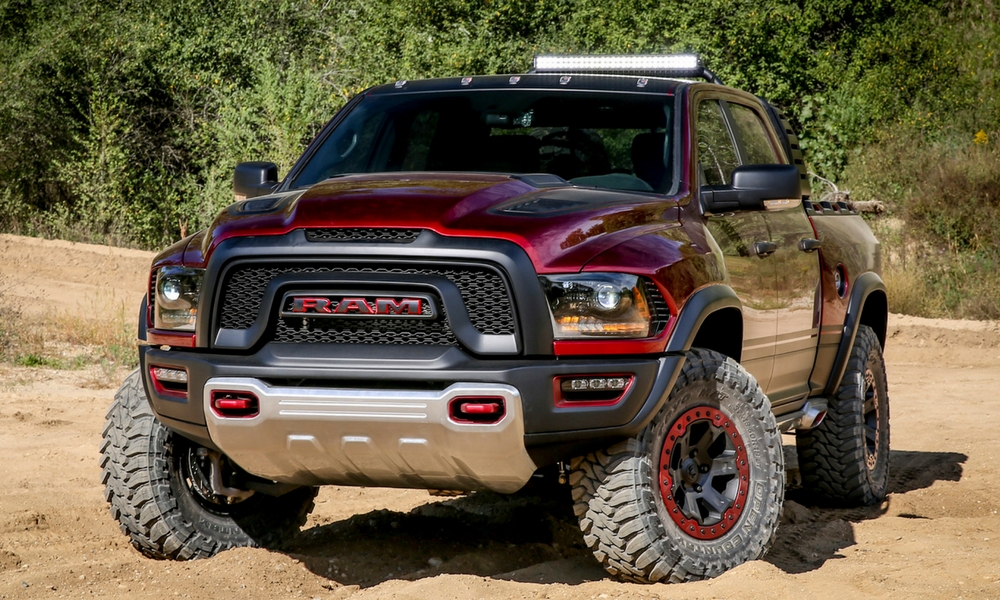 Fiat Chrysler probably isn’t happy that the Ford Raptor gets so much attention. Supposedly there’s a plan in the works to outshine the truck by finally dropping a Hellcat in the Ram 1500. This is according to a report from The Drive, and it isn’t really far-fetched, considering we now have a Hellcat-powered Jeep Grand Cherokee.

Supposedly, this Hellcat truck will be called the Ram Rebel TRX. It will be offered in supercharged and naturally-aspirated varieties, allowing you to choose your poison. This move would unseat the Raptor as the most powerful production pickup truck on the market, leaving Ford fanboys to cry and scream it’s not fair. Ok, that last part probably isn’t accurate.

In case you’ve forgotten, Ram toyed with the idea of doing something like this back in 2016. It showed off the TRX concept, which packed a detuned Hellcat V-8. If this new report is to be believed, Ram engineers must have figured out a way to bring all 707 horsepower on tap, and not be afraid of catastrophic results.

Also in the report is the rumor that a Ram Rebel TR will debut about the same time. The engine, codenamed Banshee, will be a massive 7.0-liter V-8, which puts 520 horsepower on tap. That’s an interesting pushback against forced induction and electric assist systems that are taking over the performance world.

Continue Reading
You may also like...
Related Topics:Featured, Ram, Ram 1500