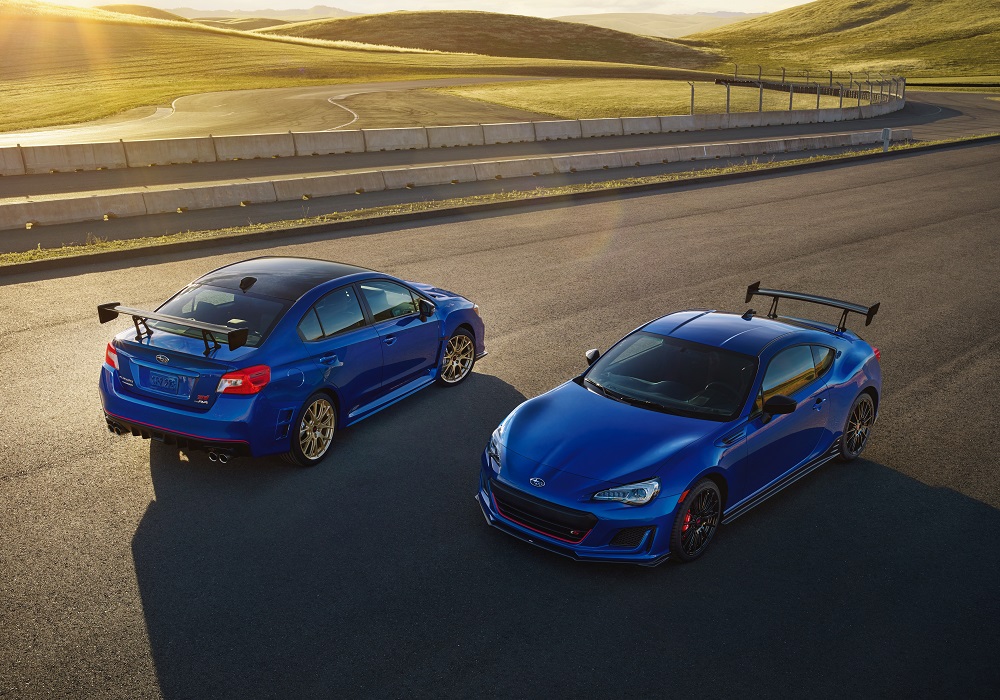 Earlier this year, Subaru unveiled a pair of ultra-limited-run vehicles in the WRX Type RA and the BRS tS. The latter drew the most interest, as some thought it could be the turbocharged BZ everyone’s been waiting for, but it was not meant to be. Now, we get to see just how expensive these limited-edition rigs are.

So, what does that extra $8,000 get you on the WRX STI Type RA? Well, you get an extra 5 horsepower thanks to a cold-air intake, an ECU retune, upgraded pistons and a new exhaust system. You also get a revised six-speed gearbox with a new third gear and a short-throw shifter. It also includes STI-tuned Bilstein dampers, a modified vehicle dynamics system, special Cherry Blossom accents, a new front spoiler, and upgraded seats.

Now how about that BRZ tS, what’s it packing? I’m glad you asked. For the extra $5,850, you get retuned SACHS dampers and coil springs, a flexible V-brace, new draw stiffeners, 18-inch wheels, upgraded brakes, a big carbon-fiber spoiler, front, rear and side underspoilers, and more.

While those upgrades are nice, they aren’t worth the arm and a leg you’re paying for them. Where the money really comes into play is the fact that there are only 500 of each available in the U.S.

If you happen to have the extra scratch laying around, these limited-edition Scoobies will be in showrooms in spring 2018.