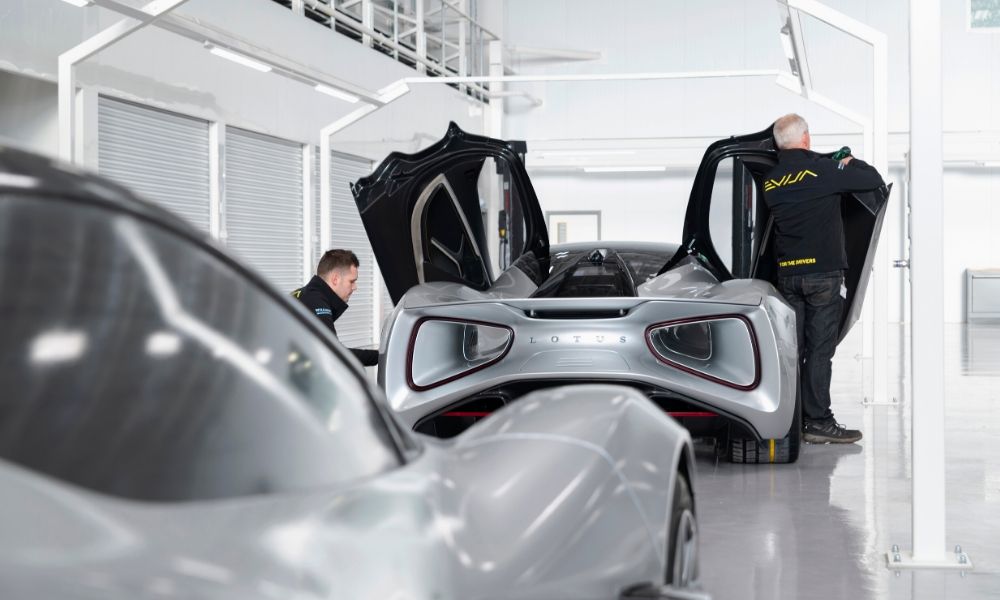 Since it was first revealed, the Lotus Evija has been a fascinating subject for enthusiasts. That’s understandable considering it’s the first all-new model from the British automaker in many years, signaling Lotus is truly back. Plus it’s a electric hypercar boasting unreal performance. And now Lotus revealed that official production is getting close, so you have a chance to see these cars in the wild.

To make the Evija, Lotus established a new manufacturing facility in Hethel, Norfolk, UK where Lotus is based. It’s understandable that the move was necessary, considering the Evija will require a completely different assembly process versus previous Lotus models.

Naturally, this all-new facility is bristling with advanced features. Among them are over 30,000 LED lights, so the electric bill should be relatively low. A state-of-the-art light tunnel will help with spotting any errors in the final inspection.

First, final prototypes will be assembled to help work out any kinks. Then, this summer production cars will start to be built. As many as 130 will be made, so expect the Evija to be an instant collectible. According to Lotus, it can spring from 0-62 in under three seconds and do 0-186 in under nine seconds. The top speed is over 200 mph. Charging the battery is supposed to take under 10 minutes, but surely there will be some big qualifications for that.