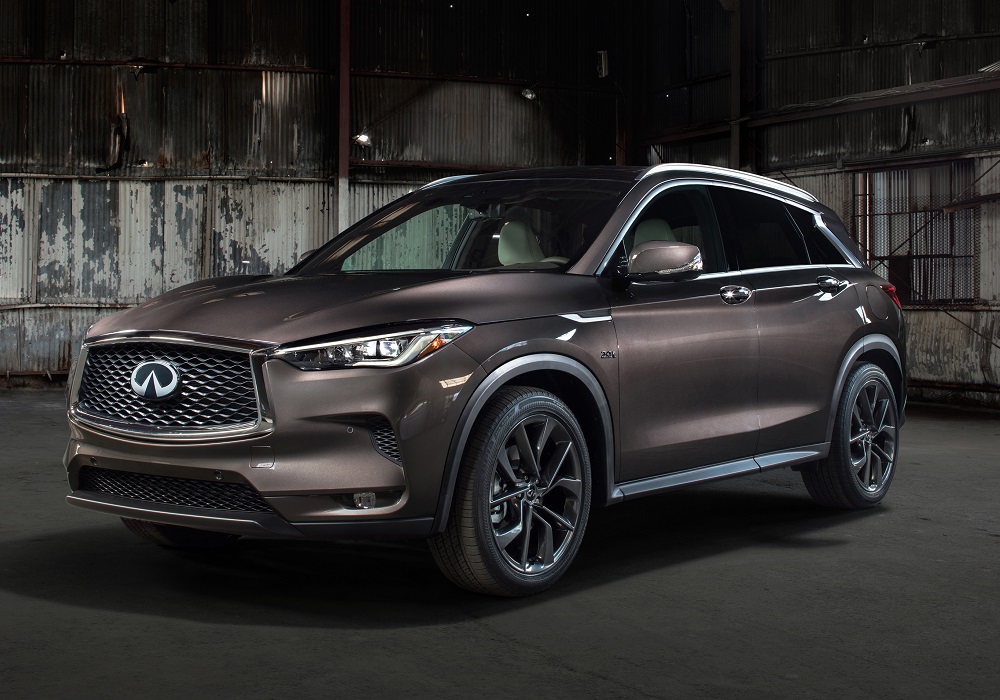 Though its extended wheelbase in 2016 was a great step forward for the Infiniti QX50, it was long overdue for a complete redesign. Infiniti is set to oblige to this need in a big way, as the 2019 QX50 will be virtually unrecognizable when it hits showrooms.

The big changes start on the outside, as the QX50 moves from its sports-car-like proportions to a more traditional design that clearly pulls its inspiration from the QX60. Oddly enough, despite its more upright design, Infiniti claims it is significantly more aerodynamically efficient than the previous model.

Despite its shorter, 184.8-inch length, the 2019 QX50 will have a roomier cabin than before. Infiniti expects class-leading rear legroom, while its sliding rear seat allows for 31.6 to 37 cubic feet of cargo room with the seats up. Lower the rear seats, and you open up 60 cubes of cargo room.

While its design is a shocker, its powertrain is equally surprising. In previous years, the QX50 was a V6-powered, rear-driven crossover, but the 2019 model will switch to a four-cylinder engine and front-wheel drive. The QX50’s new 2.0-liter VC-Turbo four-cylinder is pretty competent with its 268 horsepower and 280 pound-feet of torque. Also new is its continuously variable transmission in place of the seven-speed auto. All-wheel drive will, of course, remain an option.

Look for the 2018 Infiniti QX50 to hit showrooms in spring 2018. Pricing will be announced closer to its arrival.