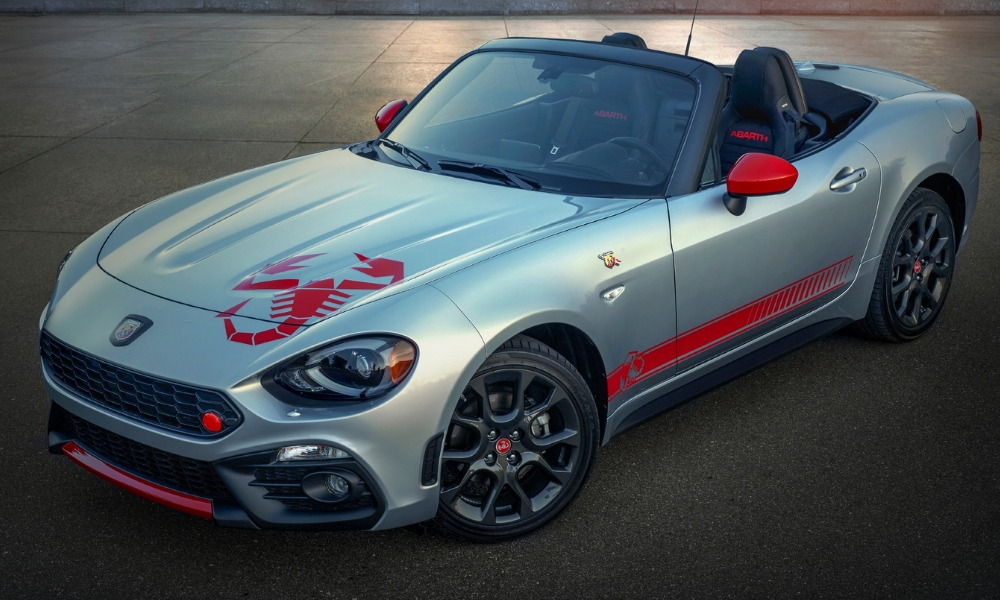 Even though the 124 Spider is pretty much doomed, Fiat will use it to help mark its 120th anniversary as well as the 70th anniversary of Abarth. It will be doing all that using stickers, if that isn’t weird enough.

A Scorpion Sting Appearance Group will be sold for the 2020 Fiat 124 Spider Abarth for $395 MSRP. It adds a scorpion hood decal and side stripes, all in Rosso red. It looks cool, but what would be even cooler is if Fiat would be dedicated to continuing the roadster.

Sure, the 124 Spider is a reskinned Mazda Miata with a Fiat Chrysler engine, but you can make a pretty legitimate argument that it looks better than the Miata. You could also legitimately claim there are too few roadsters these days, because they can’t haul 2x4s from Home Depot, which is supposedly why everyone needs a crossover.

Several other new options are joining the Fiat 124 Spider lineup for 2020. For the Classica model, two custom center-stripe designs will be available: Double Rally Stripe and Retro Stripe. Both cost $295 MSRP. Abarth models can come with a Record Monza Exhaust, which sounds more aggressive, for $995 MSRP. Also for the Abarths is a Veleno Appearance Group, adding red side mirror caps, a red lower lip on the front fascia, red front tow hook, and Abarth floor mats for good measure.