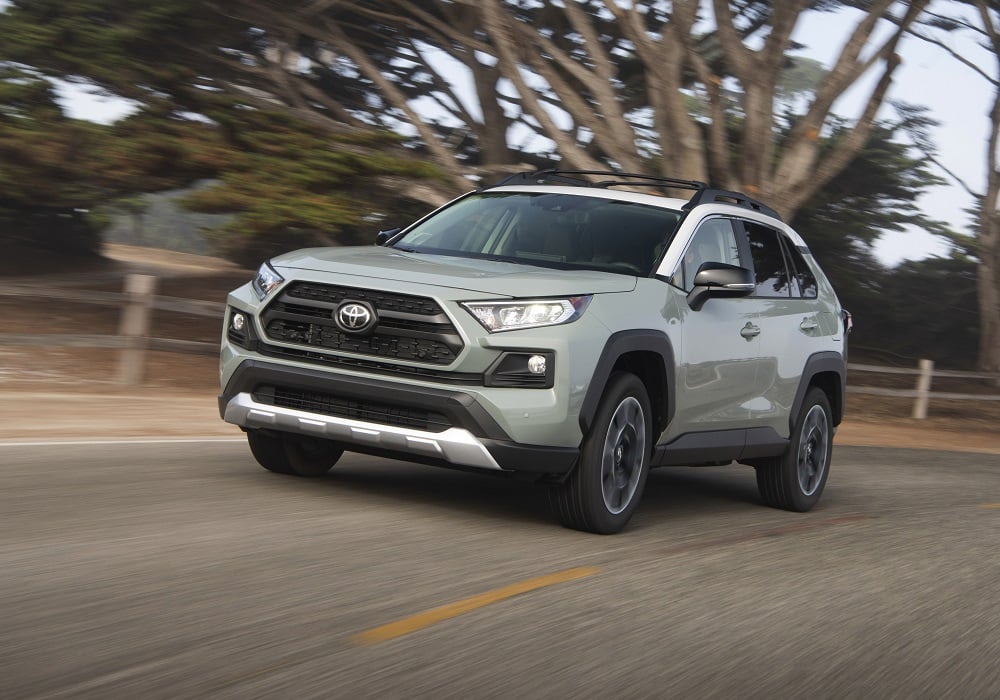 Since its triumphant debut earlier in 2018, Toyota has gone radio silent on the details surrounding the 2019 RAV4. Finally, after a long wait, more information on the redesigned 2019 Toyota RAV4 is here.

Let’s first dive into the powertrain department, as there is curiosity whether the RAV4’s bite will be as mean as its bark. The answer is sort of. The standard engine will remain a 2.5-liter four-cylinder, but like the all-new Corolla sedan, this is a new Dynamic Force engine, so the power is up a little.

In the standard RAV4 models, this 2.5-liter four-pot will inject 203 horsepower, which is a 27-horsepower boost. The RAV4 Hybrid will use the same 2.5-liter engine and the Toyota Hybrid System II to push power to 219 ponies — a 25-horsepower gain. A nice change of pace will be the standard gasoline-only models will switch from a six-speed automatic transmission to an eight-speed unit. The RAV4 Hybrid will continue with a CVT.

Front-wheel drive will be standard on the 2019 Toyota RAV4, but it will also have two available all-wheel-drive systems. On gasoline-only models, Toyota will add a new Dynamic Torque Vectoring All-Wheel Drive with rear-driveline disconnect to save fuel. This system can transmit up to 50 percent of the engine’s power to the rear wheels and shift the power left or right. The standard Multi-Terrain system will allow the driver to switch modes to handle mud, sand, rocks, dirt and snow.

Like the 2018 RAV4 Hybrid, the 2019 RAV4 Hybrid’s all-wheel-drive system will use an electric motor to power to run the rear axle. This year, though, it will boast a 30 percent increase in torque.

While this all amounts to a decent crossover with a respectable 8.2-second 0-to-60 time, the real performer is the Hybrid XSE trim, which drops the sprint time to 7.8 seconds and includes a sport-tuned suspension for enhanced handling. It also includes 18-inch black wheels, piano-black exterior accents, and much more.