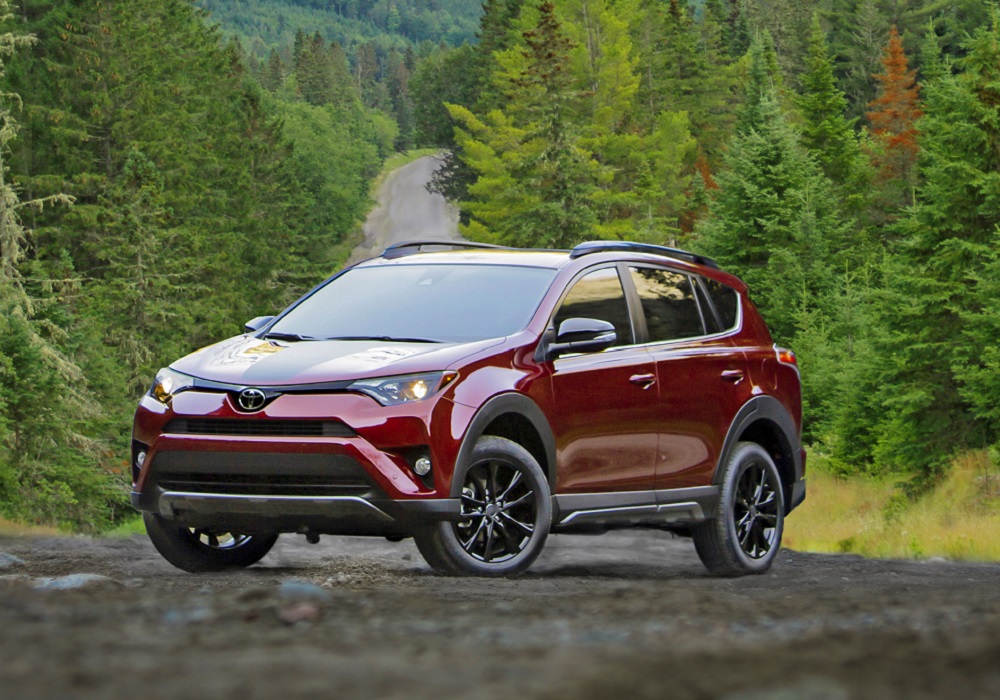 Minivans were once the vehicle of choice for families who needed a little extra space but didn’t want to drive around a tank-like SUV. In the past 10 to 15 years, the small SUV, aka the crossover, has taken the place of the minivan as a small- to medium-sized family’s preferred vehicle.

This hotly contested segment is easy to get lost in, so we’ve poured through all the specifications and features, and came up with our top five small SUVs for 2018.

Continue reading to find out what we recommend in this class. The Subaru Forester is a perennial member of this list, thanks to its combination of usefulness, build quality, and list of available features.

The 2018 Forester is no exception to this trend, as it tops our list as a top buy in 2018. According to Consumer Reports, the 2018 Forester’s highlights include its predicted reliability and owner satisfaction, its smooth transmission, driving position, and rear seat comfort, as they all received five out of five points. Also receiving high marks is its front seat comfort and its overall road test score.

One area where the Forester sets itself apart from most in its class is its powertrain. Sure, it has the normal-for-its-class 2.5-liter four-cylinder engine with 170 horsepower, but the XT trim’s 2.0-liter turbocharged four-cylinder engine injects a healthy 250 horsepower, and makes it one of the best performers in the class. For those focused on fuel economy, the standard 2.5-liter performs admirably, delivering up to 28 mpg combined, even with its standard all-wheel drive.

If there’s one area the Forester could use improvement, it’s overall ride comfort: It’s a good bit rougher and louder than some of its competitors.

All this gets wrapped up nicely into a package that starts as low as $22,795, beating many of its competitors by a few thousand dollars. The Honda CR-V, hot off its complete redesign, continues its reign near the top of the best-crossover list in 2018.

Some of its best attributes, according to Consumer Reports, include its predicted reliability (duh, it’s a Honda), its slick transmission, and super-comfortable rear seats. It also performed well in routine handling and acceleration with the optional 1.5-liter engine.

Like the Forster, the CR-V has a pair of powertrains, but neither one is what we’d call a performance setup. The base 2.4-liter four-cylinder engine delivers up to 184 horsepower, while the optional 1.5-liter turbocharged four-cylinder injects 190 horsepower. Both engines perform very well in EPA fuel economy testing, as the 2.4-liter gets up to 28 mpg combined and the 1.5-liter pushes it to 30 mpg combined.

While there is a lot of good in the CR-V, it is No. 2 on our list for a reason. It falls short in a few key areas, including its noisier-than-average cabin, its somewhat bouncy ride, and its spartan cabin in its lower trims. The Toyota RAV4 is a great option for families who care more about fuel economy than performance, as unlike the CR-V and Forester, there is no peppier engine option. However, it does have a hybrid option, which is a rarity in this class.

Under its hood, the RAV4 has two powertrain options. The standard setup is a run-of-the-mill 2.5-liter four-cylinder engine with 176 horsepower. Optional is the hybrid powertrain that uses a 2.5-liter engine and an electric motor to produce 194 horsepower. The latter also shoots EPA-estimated fuel economy up to 34 mpg city, 30 mpg highway, and 32 mpg combined.

Safety is yet another strong point for the RAV4, as it comes standard with Toyota Safety Sense, which includes collision and lane-departure warning, automatic emergency braking, and lane-keep assist.

Being this far down our list means there are certainly a few shortcomings, but probably the most significant is its cargo room. The standard model has just 37 cubic feet with the seats up, and the hybrid model has just 30 cubes. What’s more, the hybrid model’s seats do not fold flat and there is a large raised section in the cargo area that makes loading longer cargo a bear. According to Consumer Reports, there is a significant dropoff in quality when moving from the No. 3 RAV4 to the No. 4 Rogue, but Nissan’s compact people hauler still performed well. Some of its shining achievements include its decent ride quality, available third-row seating, optional 360-degree camera, and roomy cabin.

Under its hood, the Rogue is as exciting as vanilla ice cream in a plastic cup, as it uses a ho-hum 2.5-liter four-cylinder that injects 170 horsepower. This routes through a smooth CVT that ships power to the front wheels or all four with its optional all-wheel drive.

The biggest issue with the Rogue is that while it does have a few areas it’s good in, there is nothing that stands out and wows buyers. Additionally, there is just too much average going on, which is verified in Consumer Reports testing, where it received average ratings in important areas like acceleration, handling, noise, seat comfort, and fit and finish. Also, its 31.5 cubic feet of cargo room leaves a lot to be desired.

The most alarming of the ratings is its subpar owner satisfaction index. It received just two of five points in this department, meaning many buyers regretted their decision to purchase the Rogue. The 2018 Mazda CX-5 rounds out our list, and like the Rogue, it has a few negatives that may make buyers think twice. However, it does have a few areas where it shines. These standout areas include its comfortable ride, peaceful cabin, zippy handling, and surprisingly upscale interior. It also boasts an intuitive climate control system.

The only engine available in the 2018 CX-5 is a 2.5-liter four-cylinder that delivers 187 horsepower. Sure, it’s no performance crossover, but its 8.6-second 0-to-60 time is competitive for its class. What’s more, this engine pairs with a traditional six-speed automatic transmission, which some buyers would prefer over the rubber-band-like CVT. This powertrain also gives the CX-5 one of the highest towing capacities in its class at 2,000 pounds.

Unfortunately, the CX-5’s predicted reliability is average at best, and its cargo room is well below average at just 30.5 cubic feet. This puts it on a similar level as the RAV4 Hybrid without the added benefit of its great fuel economy.