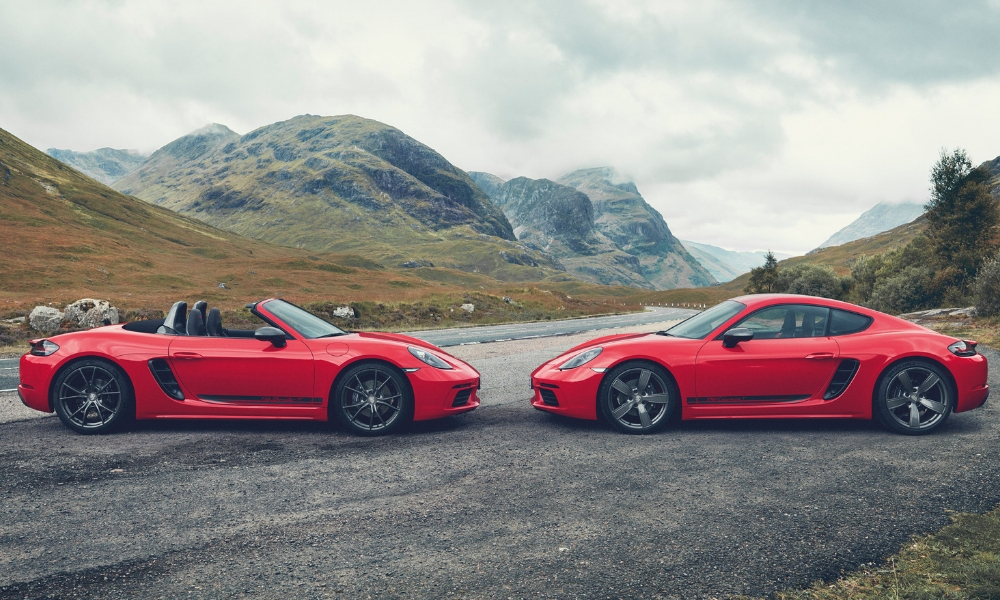 Call it a big win for those who love to drive, because that’s what the news that Porsche will finally bring the 718 Cayman T and Boxster T to the United States means. Of course, you’ll have to have the funds to afford these cars, which no doubt won’t be cheap, but you already knew that.

The “T” stands for “Touring,” something Porsche knows a thing or two about. That means these aren’t hardcore track models, but instead are meant for really soaking up the backroads as you journey through the countryside.

It was last year these two driver-focused models debuted, but they were forbidden fruit in America. And as we know, what you can’t have is always better than what you can, especially when that fruit packs a PASM Sport Suspension, Porsche Torque Vectoring, a mechanical limited-slip differential, and 20-inch Titanium Grey Carrera S wheels.

While better handling and some slight cosmetic changes are prominent, you’ll find the same 2.0-liter turbo flat-four as in the standard Cayman and Boxster models. That’s not a bad thing since it means 300 horsepower and 280 lb.-ft. of torque.

We should see the Porsche 718 Cayman T and Boxster T hit dealerships in the United States during the summer of 2020.