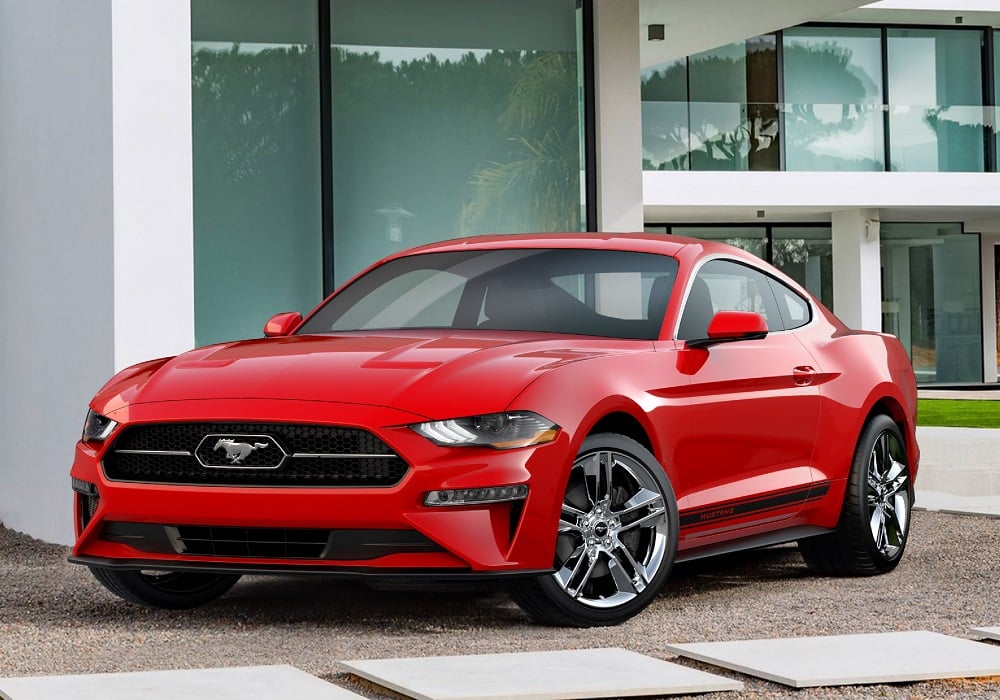 When Ford initially announced the 2018 Mustang, it teased reworked engines but failed to reveal the details at that time. Today, the cat — or maybe the pony — is out of the bag, and the power bumps are significant.

The GT model with the new-for-2018 10-speed automatic transmission features a brand-new Drag Strip mode. This mode tweaks the transmission’s tune to enhance acceleration, taking its 0-to-60-mph time to under four seconds — faster than a 911 Carrera, according to Ford. Also helping in this department are its newly designed Michelin Pilot Sport 4 S tires, which enhance grip off the line.

As for the EcoBoost model, it sees its horsepower remain steady at 310 ponies, but its torque jumps to 350 pound-feet, which is a 30-pound-feet boost. In the EcoBoost model with Drag Strip mode, the Performance Package, and the 10-speed transmission, you can expect a 0-to-60 time under five seconds.

Other earlier announced updates for the 2018 Mustang include the refreshed body, a new clutch and flywheel on models with a manual transmission, flashing ignition button, the 12-inch instrument cluster screen, and the Pony Package.

Pricing was supposed to be available at the time of this writing on the 2018 Mustang page, but the info wasn’t available when I checked. Check back often for updates on pricing.