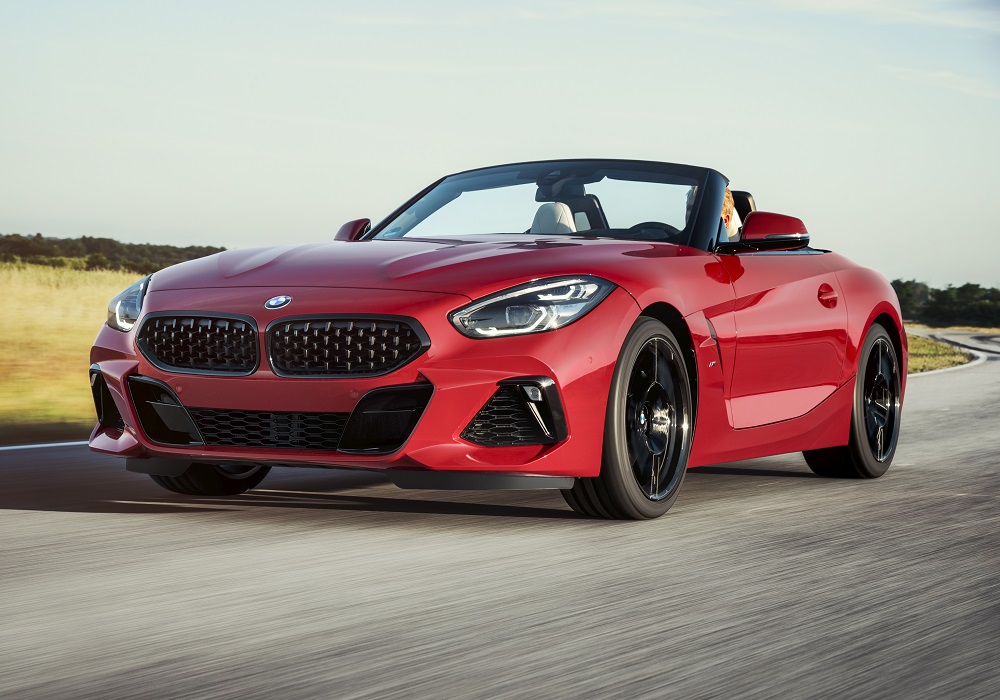 Since its sudden exit in 2016, there has been a lot of speculation and rumors surrounding the return of the BMW Z car. As the fog cleared on BMW’s resident roadster, details emerged about naming, platform sharing, and more. Well, we can stop speculating now as the all-new 2019 BMW Z4 M40i First Edition made its debut at Pebble Beach Concours d’Elegance.

While BMW didn’t give us all the juicy details on the 2019 Z4 M40i First Edition, it gave us enough to whet our appetites until more details come in September.

Starting with the design, you can see that BMW mashed up a little old with new as the 2019 Z4 will continue to boast the model’s signature central seating position, impossibly long hood, and kick-up spoiler on the trunk. But it modernized it with a sharp take on the BMW signature nose that boasts a wide and angular BMW kidney grille with a gloss-black mesh insert, a massive lower grille that gives the Z a sort of sinister smile, and functional brake-and-wheel coolers.

There are no images of the interior, but BMW promises a dynamic, forward-oriented cabin that allows the driver to focus on the twists and turns ahead instead of knobs and buttons. 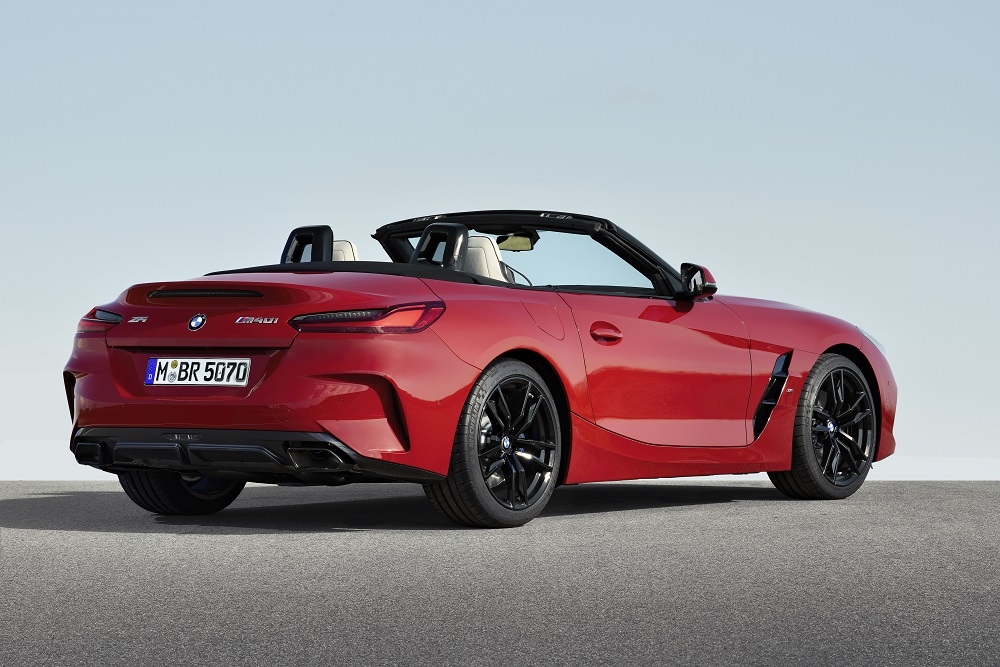 Powering the BMW Z4 M40i First Edition will be BMWs well-traveled 3.0-liter turbocharged inline six-cylinder engine. BMW chose not to reveal the engine’s output yet, but it says it’s powerful enough to launch the Z4 to 60 mph in under 4.4 seconds.

Keeping the power under control will be an M-tuned sport suspension with electronically controlled dampers, M Sport brakes, and an electronic rear diff.

BMW will give us more details on the Z4 on Sept. 18, so stay tuned for updates.

Continue Reading
You may also like...
Related Topics:BMW, Roadster, Z4