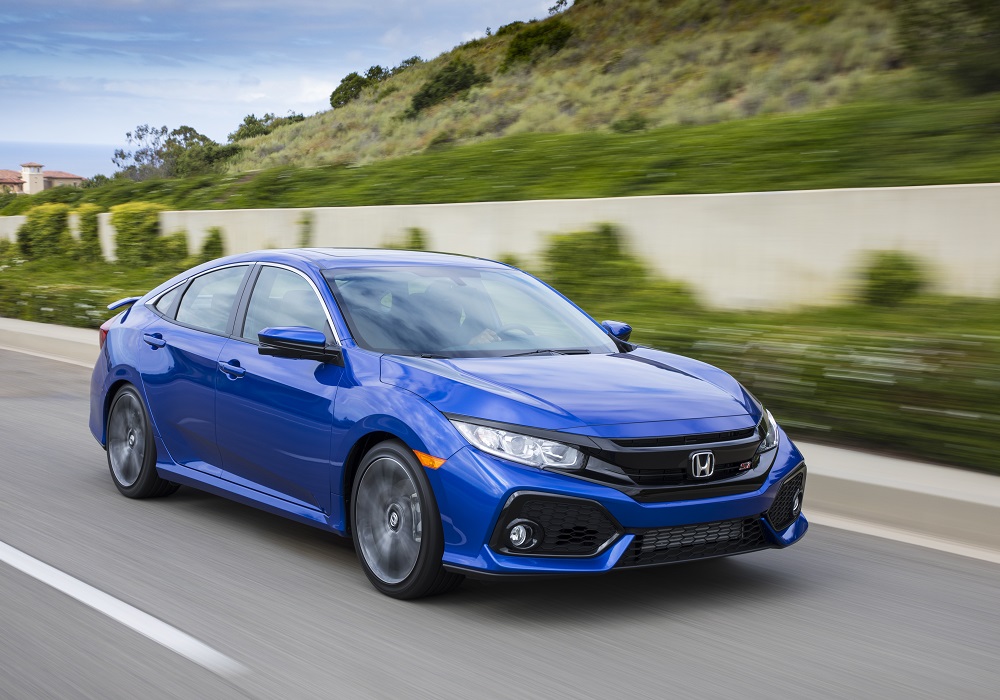 I’ll admit it: I am a sucker for the new Civic. It’s sharp, it’s roomy, it’s new turbocharged engines are sweet, and the hatchback version is back! But until recently, I hadn’t gotten the chance to try out one of its new performance versions: the Type R or Si. Finally, Honda delivered the Si to my door for a weeklong test, and I walked away pretty impressed, though there were some frustrating and surprising issues.

While I enjoyed the previous-generation Civic Si, it had one big flaw: You had to beat the snot out of it to realize its true performance. Did it take this beating well? Yes, but my wallet didn’t enjoy the number of stops at the gas station from doing so. The new Si uses a retuned version of the Civic’s base 1.5-liter turbocharged four-cylinder to solve this issue. Is the 1.5-liter engine’s 205 horsepower and 192 pound-feet of torque much higher than the previous model’s output? No, its horsepower is actually the same, and the torque is only 18 pound-feet higher. The big difference is the accessibility of said power. The turbocharged 1.5-liter delivers its peak torque from 2,100 rpm and its peak horses come at 5,700. In the last generation, you had to push the 2.4-liter engine to 4,400 rpm to hit peak torque and 7,000 rpm to catch the peak horsepower.

It’s not that the 2.4-liter engine couldn’t handle the revs — that’s not the case at all. It was just a bit obnoxious and thirsty at those higher revs.

Oddly enough, even though it feels quicker, the 2017 Civic Si is actually a few tenths of a second slower to 60 mph than the previous-gen Si, according to various tests. So, if you think you’re going to line up to a previous-gen Si and blow its doors off, you may want to spare yourself the embarrassment. Power and speed aren’t all the Civic Si has either. It’s handling is amazing. In fact, it’s probably the biggest performance improvement over the previous Si models. Is it on a level with the Type R and other range-topping hot hatchbacks? No, but it is a perfect balance of not being too hard and not causing sphincter puckering in the corners. Put it in “Sport” mode, and everything tightens up just a touch.

Moving on from the performance, the 2017 Civic Si is better all around. Its cabin feels more upscale and is far roomier than before. A few noticeable enhancements include its rear legroom jumping from 36.2 inches of legroom to 37.5 inches, and its trunk space growing from 12.5 cubic feet to 14.7 cubic feet. These all make the Civic Si Sedan far more family friendly than before, which also makes it easier to convince your significant other it’s a good buy.

I found the Civic Si’s seats particularly impressive. They had plenty of bolstering to hold me firmly in place, but they were far from over the top — like my Focus ST’s bolsters are — and they were also surprisingly comfy. Visibility was also good.

While the Civic Si’s interior was, for the most part, great, it wasn’t all sunshine and rainbows. It did have a few very annoying bits. The location of the main USB port was a bit of a bear, as it’s stuck in a little cubby behind the center console, near the pedals (so strange), and the owner’s manual was no freaking help finding it. But what was most frustrating was the infotainment system, as it was slow to respond, it’s menus were downright confusing, and its lack of a physical volume knob was just stupid. Overall, though, the 2017 Civic Si was a huge improvement over the previous model and is well worth its $24,990 starting MSRP.

Cons:
Slower to 60 mph than the previous-generation Si
Frustrating infotainment system
Weird USB port placement
Looks may be too timid for some