Ford has finally lifted the sheet off its Bronco R race prototype, and it looks awesome. The Baja racer is not quite the new Ford Bronco reveal, but it does give some hints about what to expect. This was all the Blue Oval’s way to celebrate the 50th anniversary of Rod Hall’s win at the Baja 1000.

Because it’s a racer, this Bronco R is wearing a livery that’s inspired by the Ford Bronco Hall drove in the desert. But that’s not just for looks, because this new prototype will be taking part in the race on the Baja Peninsula later in November. It’s the ultimate test of a vehicle’s mettle as it endures almost 1,000 miles of the rugged course.

Many vehicles never cross the finish line at the Baja 1000 thanks to catastrophic powertrain or chassis failures. If the new Bronco R prototype makes it, that alone is an accomplishment. Of course, Ford wants more. 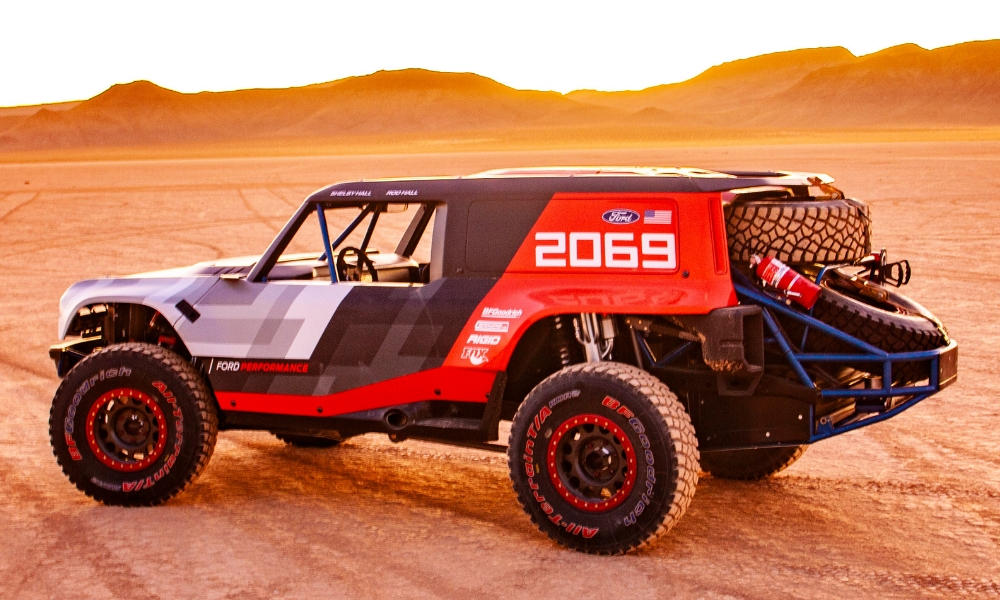 This prototype was created by Ford Performance, builder Geiser Bros Design and Development, plus Cameron Steele, a Baja 1000 Trophy Truck champ. While many features like the lack of a windshield and front windows, wheels pushed out away from the fenders, and a full roll cage obviously won’t make the cut for the production 2020 Bronco, we have a better idea of how the consumer vehicle will look.

For starters, the new Bronco most definitely has a retro look, something we could somewhat tell when it was sitting under a mud-stained sheet. It isn’t all slopes and sleekness like so many crossovers of today, but instead has a more chiseled look like the SUV of old.

We’ll see the production 2020 Ford Bronco. Until then, keep feasting your eyes on this beast.