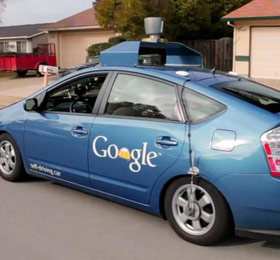 The concept of publicly available self-driving cars took a hard hit when new guidelines were published last Thursday by the National Highway Traffic Safety Administration. Their guidelines discourage all states from authorizing self-driving vehicles or even creating rules for regulating them. They did mention possibly allowing them to operate for testing purposes but the message is clear that the NHTSA does not feel the technology is ready for public use. “Self-driving vehicle technology is not yet at the stage of sophistication or demonstrated safety capability that it should be authorized for use by members of the public for general driving purposes” said the official statement posted on their website. They also recommended specific features such as an easily accessible “Manual Override” button so that a driver can immediately take control in an emergency.

The policy was released in response to various states seeking guidance on how to handle the topic. Self-driving cars are already legal in both California and Nevada. In both states, you are required to have a human behind the wheel who is able to take immediate control of the vehicle. Although the policy is seemingly negative for the concept, officials did include a positive statement of “Motor vehicles and drivers’ relationships with them are likely to change significantly in the next 10 to 20 years, perhaps more than they have changed in the last 100 years.”

We feel that it’s actually a positive thing that the government on both the Federal and State level are acknowledging the technology. It appears they are simply doing what they are simply looking out for the public’s well being. After all, the thought of run-away self-driving cars is quite terrifying.