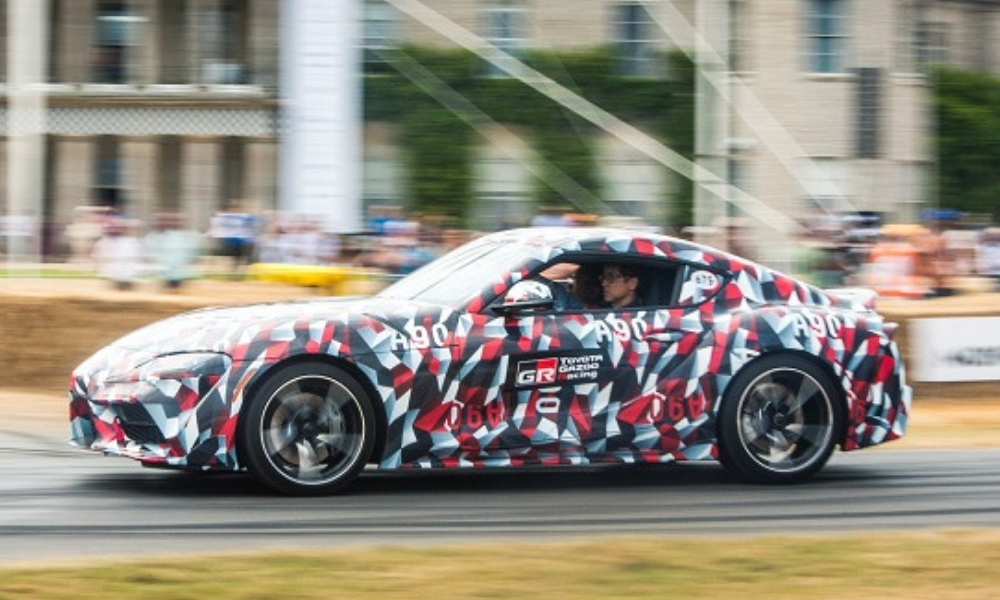 There’s already been a fair amount of complaining about the new Toyota Supra, and the production model hasn’t even debuted. Some people think the car should have about 800 horsepower, shoot fire out of the tailpipes constantly, and feature monster twin turbos sticking out of the hood, among other things. The fact that Toyota has promised a balanced, track-oriented car with a good amount of power isn’t enough, apparently.

If you want something a little more hardcore, the man in charge of the Supra, Tetsuya Tada, told Top Gear he wants to make a lightweight version of the car. This stripped-down model would be built for track use, shedding about 220 pounds. Tada claims the weight loss is enough to make it feel like “a completely different car.”

Whether this track-oriented version of the Toyota Supra would be legal remains to be seen. Tada revealed he’s weighing both options. Of course, a non-street-legal Supra would be more unhinged, thanks to a lack of government regulations.

Anyway, Tada also thinks the regular Supra will be a stunner, once people get behind the wheel. His team has been using the Porsche Cayman as a benchmark, and he thinks the two cars are similar enough to be competitive. That sounds promising, because screwing up such a legendary nameplate will burn many bridges.