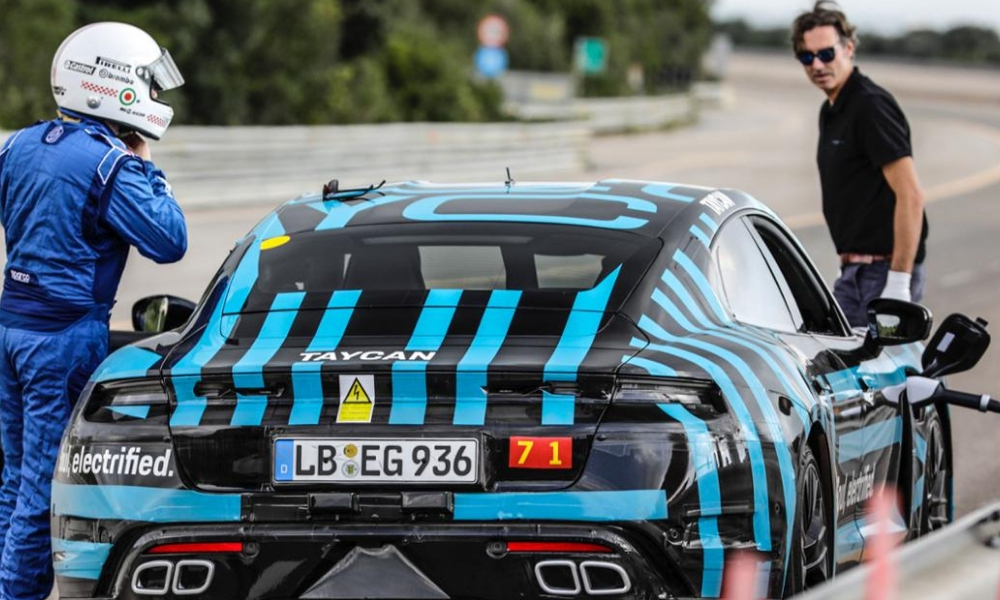 Electric cars have plenty of critics, and despite what the Tesla fanboy crowd thinks, it’s for good reason. After all, electric powertrains are aiming to replace technology that’s been refined, tried, and proven for quite some time. Fortunately, Porsche seems to get this, so it’s really putting the Taycan through some grueling tests before revealing the production version of the EV.

This time around the German automaker put a Taycan prototype through its paces on the Nardó high-speed track in Italy over the duration of 24 hours. Yes, Porsche proved endurance racing with an electric car is actually possible. During the endurance run, the Taycan drove 3,425 kilometers, or 2,128 miles for everyone on this side of the Atlantic.

That’s impressive, but consider this was done in some pretty harsh conditions. Peak ambient temperatures during the 24-hour run hit 107 Fahrenheit, but the track was a fiery 129 degrees. Porsche must’ve felt pretty confident in its hot-weather benchmarking tests from before to even attempt the run in those conditions, but the car held up just fine.

Of course, everyone wonders about how Porsche kept the battery charged up. The Taycan has an 800-volt system, a first for consumer vehicles but something the automaker has used successfully in the 919 Hybrid. It used 800-volt charging stations for quicker recharging times, and swapped drivers at the same time.

Porsche is doing a great job promoting the Taycan ahead of its world premier on Sept. 4.